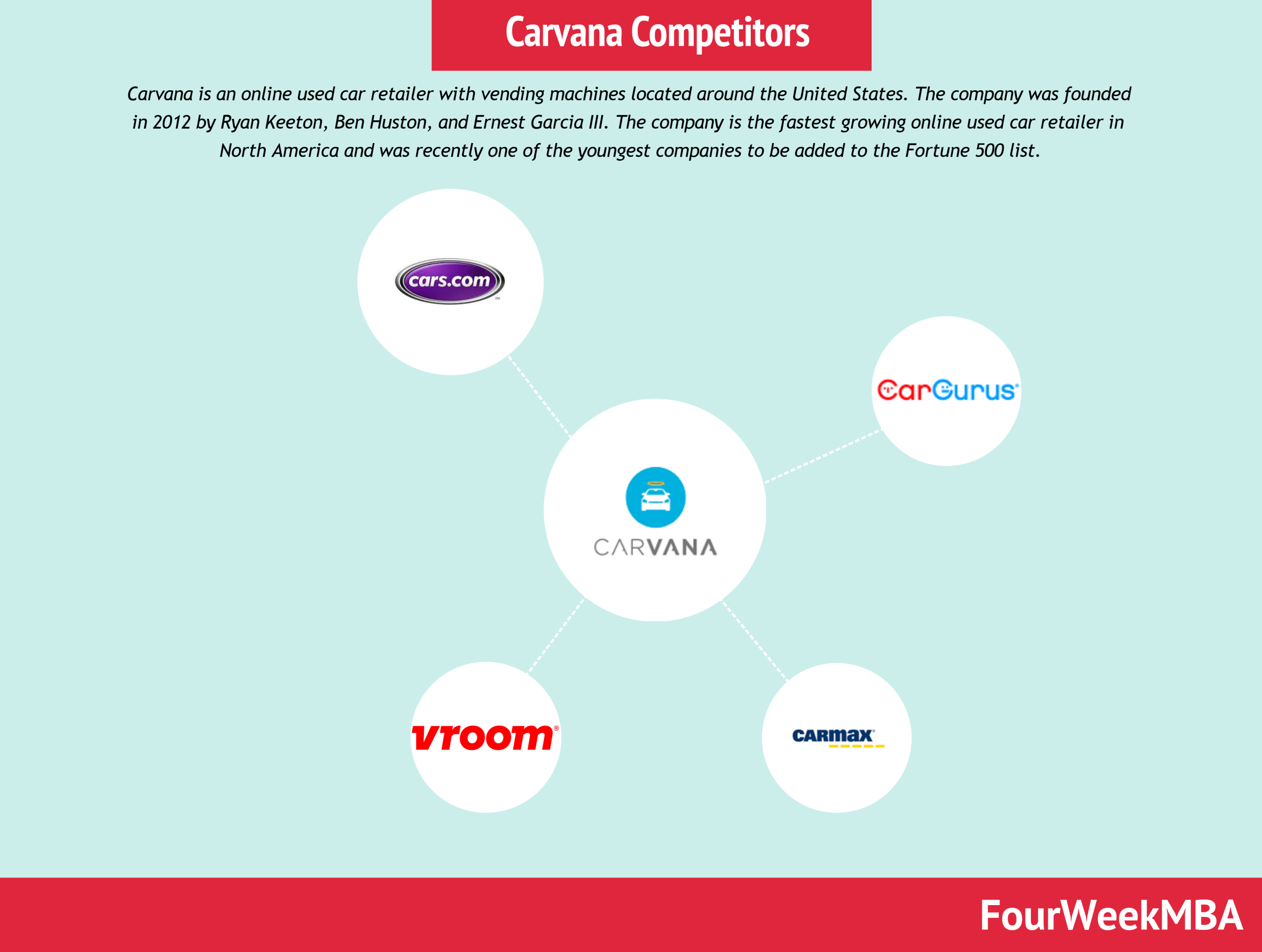 Carvana is an online used car retailer with vending machines located around the United States. The company was founded in 2012 by Ryan Keeton, Ben Huston, and Ernest Garcia III. The company is the fastest growing online used car retailer in North America and was recently one of the youngest companies to be added to the Fortune 500 list. While Carvana is currently the only American company selling cars in vending machines, its growth and success have not gone unnoticed by other players. In this article, we’ll take a look at some of the company’s major competitors.

CarGurus is an automotive research and shopping website based in Cambridge, Massachusetts.

The platform, which was created by TripAdvisor co-founder Langley Steinert, compares local listings for new and used cars and can be used to contact sellers. The company uses algorithms to analyze car features, compare prices, and evaluate dealership reputation.

Essentially, CarGurus acts as a trustworthy intermediary between the buyer and seller. The company does not operate car vending machines, but many prefer using this more traditional option for prompt and efficient customer service.

CarMax is a used vehicle retailer operating in the United States since September 1993. The company currently operates 225 locations.

Users can browse a wide selection of used cars at fixed prices, with curbside pickup and home delivery available in many locations. CarMax allows consumers to compare cars based on their features, mileage, and the number of previous owners.

CarMax sold over 750,000 vehicles in FY2021 and is considered to be America’s largest used-car retailer. To combat increasing competition from the likes of Carvana, it unveiled its Omni-channel platform giving customers more freedom to purchase cars online.

Vroom is a used car retailer and eCommerce company based in New York City and founded by Kevin Westfall and Marshall Chesrown in 2013.

Vroom is an eCommerce service that manages the entire transaction, with none of the haggle pricing commonly seen when buying or selling a used vehicle. The company also offers car financing from twelve major banks and will deliver cars to customers irrespective of their location within the United States.

Cars sold on the Vroom platform are also reconditioned, with the process automated by proprietary technology and software. The company will also purchase cars from consumers who submit the requisite photos and other information.

Cars.com is an automotive classified website launched in 1998 and headquartered in Chicago, Illinois.

The service has been matching buyers with sellers for over two decades, with the purchase of new, used, and certified pre-owned vehicles occurring offline. Cars.com also offers extensive research on a range of models and helpful tips and tricks to buying used cars.

While Cars.com is a less automated solution than the one offered by Carvana, the platform itself has benefitted immensely from the COVID-19 pandemic. In fact, the company reported car shoppers had logged more than 30 million hours on its website in the twelve months to March 2021.