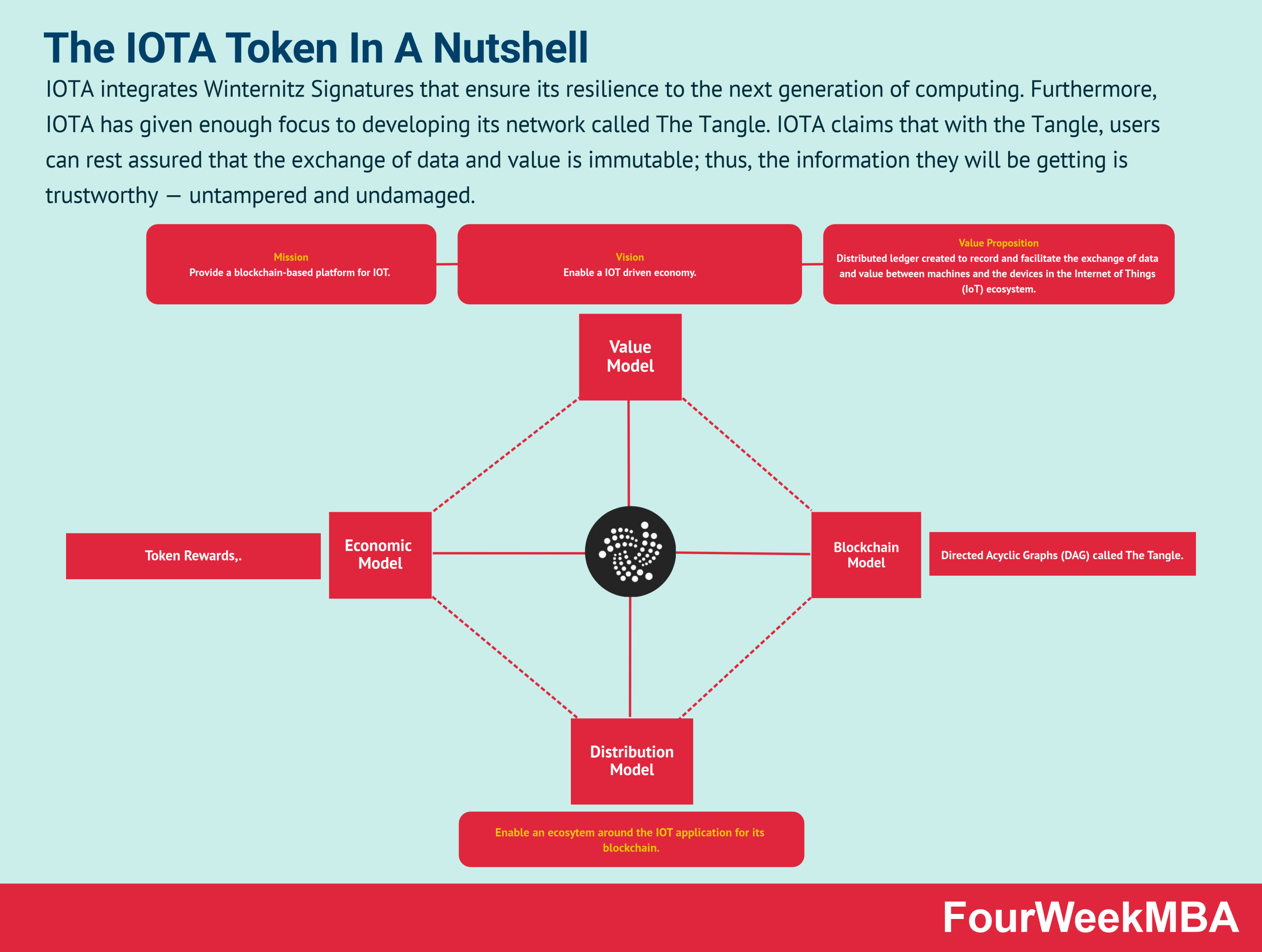 IOTA integrates Winternitz Signatures that ensure its resilience to the next generation of computing. Furthermore, IOTA has given enough focus to developing its network called The Tangle. IOTA claims that with the Tangle, users can rest assured that the exchange of data and value is immutable; thus, the information they will be getting is trustworthy — untampered and undamaged.

In the present landscape of cryptocurrency, it is not enough to develop systems that can keep up with existing ones; instead, develop ones that can withstand the test of time.

To its core, IOTA is a distributed ledger created to record and facilitate the exchange of data and value between machines and the devices in the Internet of Things (IoT) ecosystem. IOTA allows transactions within its network using its native cryptocurrency called MIOTA. Among its many innovations, IOTA prides itself on the same network on which it runs, called The Tangle. IOTA  will provide faster transaction times as they claim that The Tangle is relatively quicker and more efficient than the traditional blockchains employed in most cryptocurrencies.

To further extend IOTA’s utility between connected devices, the IOTA Foundation, the non-profit organization behind the ledger that the world has come to know, has inked accords with some of the biggest companies like Bosch and Volkswagen, to name a few.

IOTA’s value proposition has been a roller coaster ride. Presently, it has not yet fully recovered from the downfall from its 2017 peak. However, by late 2020, IOTA’s market capitalization has increasingly demonstrated signs of improvement. From a market capitalization amounting to $446 million at the beginning of 2020, IOTA has reached approximately $900 million as of Dec. 19, 2020. Although IOTA did not have it easy, a gain of over 100% is still what it is —  a gain.

From there, IOTA, like most other cryptocurrencies, will face more bumpy roads. However, with continued and renewed partnerships and collaborations with established corporations, and an intense focus on the increasingly growing Internet of Things (IoT), IOTA is well on its way to greater heights.

As established, IOTA does not employ the typical blockchain structure that most cryptocurrencies run on and use. IOTA sets itself apart by developing its platform that incorporates a Directed Acyclic Graphs (DAG) called The Tangle.

As IOTA establishes its resilience to the next generation of computing, it should simplify and streamline transactions and mundane processes that involve objects with sensors, like vending machines.

IOTA is among the cryptocurrencies that hold the greatest promise in building a better world moving forward. Although it has gone through some bumpy roads in the past, trust that it can thrive and successfully traverse the rough roads ahead. With continuous support from some of the biggest brands in the world, IOTA is now building a comprehensive platform for developers to build more reliable supply chains, enable mobility and smart cities.