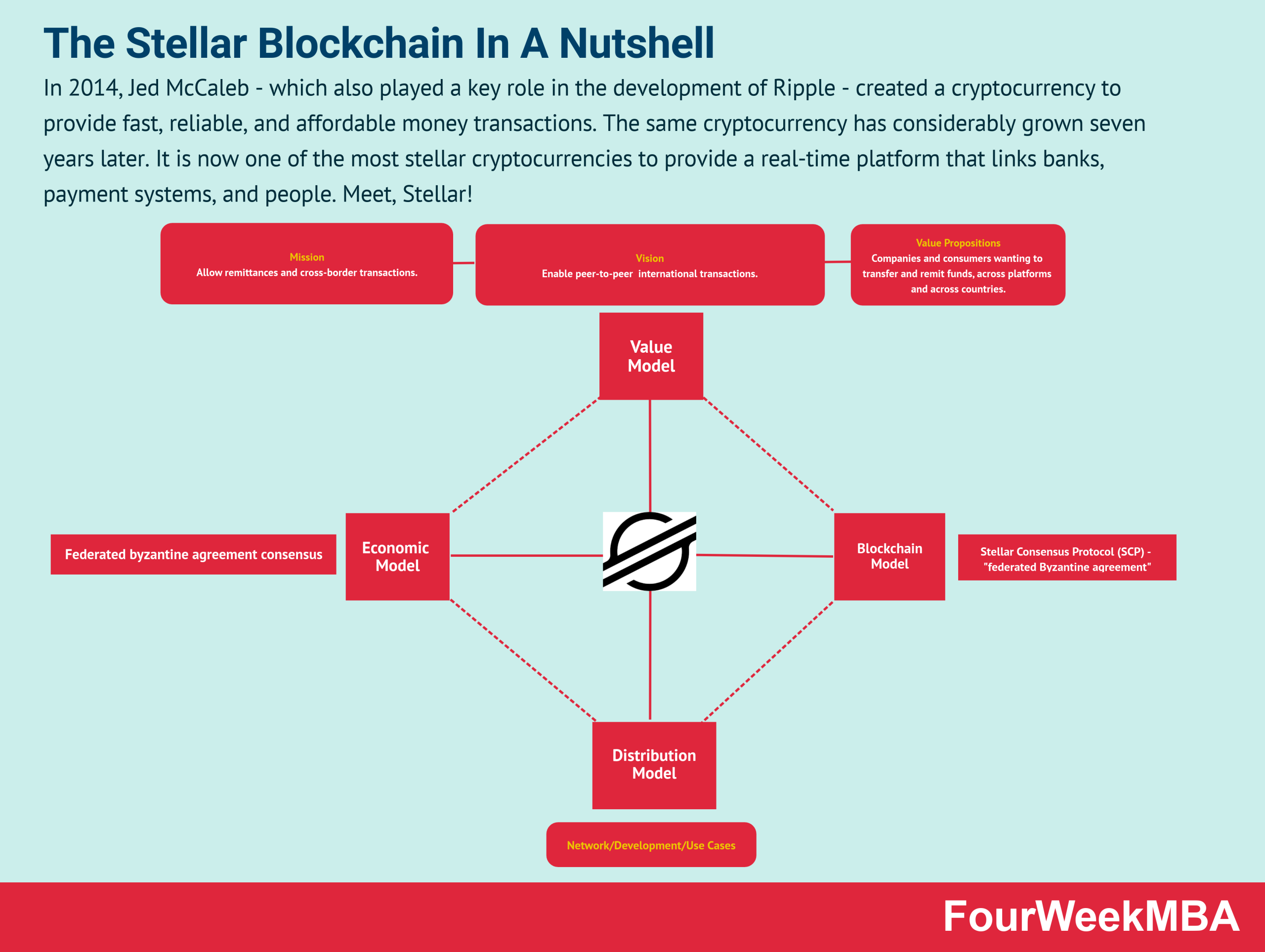 In 2014, Jed McCaleb – which also played a key role in the development of Ripple – created a cryptocurrency to provide fast, reliable, and affordable money transactions. The same cryptocurrency has considerably grown seven years later. It is now one of the most stellar cryptocurrencies to provide a real-time platform that links banks, payment systems, and people. Meet, Stellar!

Stellar Blockchain In A Nutshell

In essence, Stellar is a distributed, blockchain-based ledger and database that enables cross-asset transfers of value, including payments and other tokenized assets on its blockchain. The Stellar network runs using its native digital asset or token called Lumens or XLM.

Stellar.org oversees the entire Stellar network. It is responsible for monitoring Stellar, the payment network, such as Horizon API and Stellar Core, and its cryptocurrency, Lumens (XLM). Although Stellar assumes a competitive stance against other cryptocurrencies on varying facets, it is mostly in direct competition with Ethereum and Ripple. More specifically, Stellar competes with Ethereum for ICOs. Furthermore, its competition with Ripple stems from the fact that they both are digital partners for banks and related institutions.

Lumens’ relatively lower price attributes to its high supply in the current market landscape, rather than undervalue. While Lumens (XLM) is behind the value of both cryptocurrencies in market capitalization, it is a cryptocurrency to watch.

The inception of Stellar came as an effort to offer a faster, more reliable, and significantly cheaper method of cross-asset transfers. The Stellar cryptocurrency employs a technology that allows users to move and exchange digital assets without running the risk of losing money spent on commissions, staying true to its core.

As established, Stellar is a close competition of Ripple in that they are both a cross-border payment and transfer system.

Thus, Stellar significantly reduces transaction time and costs by implementing a blockchain solution that connects financial institutions, thereby optimizing the overall state of the global financial system. Stellar focuses on developing economies to address the needs of the people who are still beyond the reach of existing banking services, particularly in bank loans and remittances. The Stellar network does not charge its users. Instead, it secures its initial funding from the payments startup Stripe and donations from various organizations such as Google.org, FastForward, and BlackRock to bring this goal to fruition. Particularly, Stellar sustains its operational costs by setting aside 5% of Stellar Lumens and tax-deductible public donations from different institutions and organizations.

As highlighted on Stellar, “The Stellar Consensus Protocol (SCP) provides a way to reach consensus without relying on a closed system to accurately record financial transactions.”  Indeed, in the same paper Stellar introduces a “federated Byzantine agreement (FBA). FBA achieves robustness through quorum slices—individual trust decisions made by each node that together determine system-level quorums. Slices bind the system together much the way individual networks’ peering and transit decisions now unify the Internet.”

To understand the difference between the protocol proposed by Stellar and the traditional consensus mechanisms (like proof of work and proof of stake) the Stellar Consensus Protocol (SCP) is a construction of FBA, to enable decentralized control, flexible trust and security.

Indeed, the Stellar’s protocol is built upon what might be considered the weaknesses of both proof of work and proof of stake. In the proof of work, as we saw in the case of Bitcoin, is very intensive in terms of energy consumption and it can be prone to 51% attacks. Whereas, instead, in proof of stake (where the consensus is built according to the provided collaterals) this might be prompt to “nothing at stake” attacks, where participants in the network, can “rewrite history” (perhaps through hard-forking) thus only taking into account the history where the attackers had stakes in the protocol and therefore taking control of it (as we’ll see this is the case of what happened with Steem and its blockchain, forked by community as Justin Sun was trying to “take that over” only with capital).

Stellar instead built upon the Byzantine agreement consensus, where participants can still reach an agreement even where there are conflicts among participants. Here as Stellar points out in its White Paper “trust is decoupled from resource ownership” from here the variation which turned into the Stellar Consensus Protocol (SCP).

The key elements of federated Byzantine agreement nodes, as per the Stellar White Paper, determine how consensus is achieved (Image Source: stellar.org/papers/stellar-consensus-protocol)

Get The Full Analysis Of Stellar In Blockchain Business Models