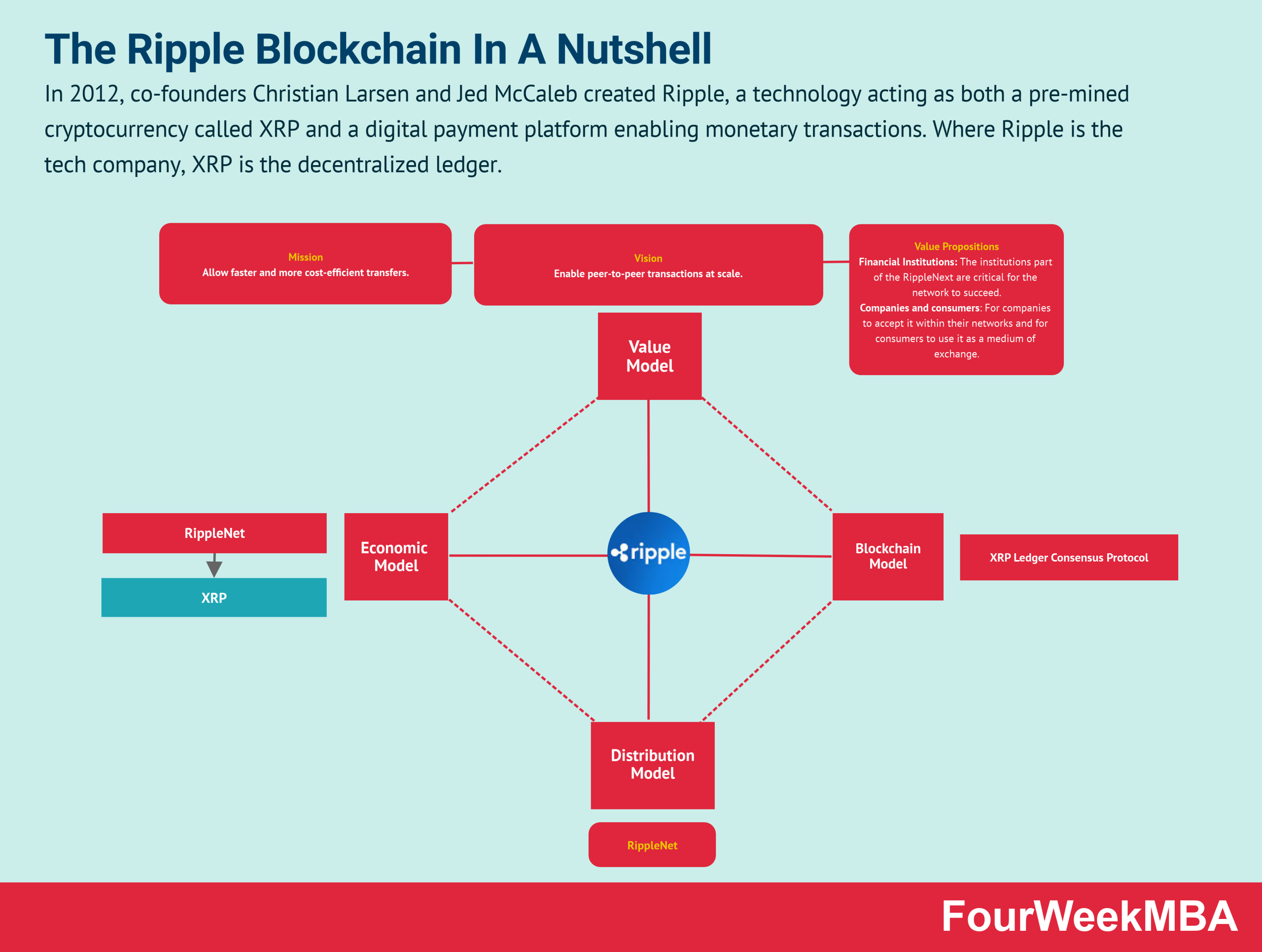 In 2012, co-founders Christian Larsen and Jed McCaleb created Ripple, a technology acting as both a pre-mined cryptocurrency called XRP and a digital payment platform enabling monetary transactions. Where Ripple is the tech company, XRP is the decentralized ledger.

Ripple’s creation was an effort to allow faster and more cost-efficient transfers between its users, something reflective of its core: open-source, decentralized, peer-to-peer protocol and blockchain technology.

Aside from being a digital payment protocol, Ripple also has its native cryptocurrency that you can use on its platform — a digital asset called XRP. Thus, while still looking at the “money problem” Ripple has been trying to institutionalize the crypto market, by leveraging partnerships with banks and more traditional credit institutions.

More precisely, Ripple’s vision is “to enable the world to move value like information moves today—the Internet of Value” with a mission of enabling people “to send money globally using the power of blockchain technology.”

Ripple is trying to implement this vision through its payments network, RippleNet, which includes over 300 financial institutions.

Ripple is an open-source, decentralized, peer-to-peer platform that facilitates smooth and seamless financial transfers in any form: USD, Yen, Litecoin, or Bitcoin. Ripple is foremostly known for its digital payment protocol than its native cryptocurrency, the XRP.

Opting for Ripple as a mode of money transfer requires trust among the parties involved. Ripple uses a medium called Gateway to strengthen this trust and its entailing security, which links the trust chain between the parties participating in a transaction. More specifically, Gateway acts as the credit intermediary that initiates the transmission and reception of the currencies to public addresses over the Ripple network. Anyone, whether a private individual or a business, can register and open a Gateway. Furthermore, Gateway authorizes registrants to assume intermediary roles as the middlemen for exchanging currencies, ensuring liquidity, and transferring payments on the network.

Thus it’s important to distinguish Ripple (the tech company also managing the RippleNet) and XRP (which is the underlying digital asset independent of Ripple, and its XRP, an open-source technology.

In addition, the way Ripple’s network achieves consensus is slightly different from Bitcoin. As highlighted in xrpl.org:

“The core principle behind the XRP Ledger’s consensus mechanism is that a little trust goes a long way. Each participant in the network chooses a set of validators, servers specifically configured to participate actively in consensus, run by different parties who are expected to behave honestly most of the time. More importantly, the set of chosen validators should not be likely to collude with one another to break the rules in the exact same way. This list is sometimes called a Unique Node List, or UNL.”

This type of consensus is known as XRP Ledger Consensus Protocol.

Get The Full Analysis Of Ripple In Blockchain Business Models

How Does Spotify Pay Artists?

Founded in Sweden in 2006, Spotify has risen to become one of the world’s largest music streaming service providers. The...