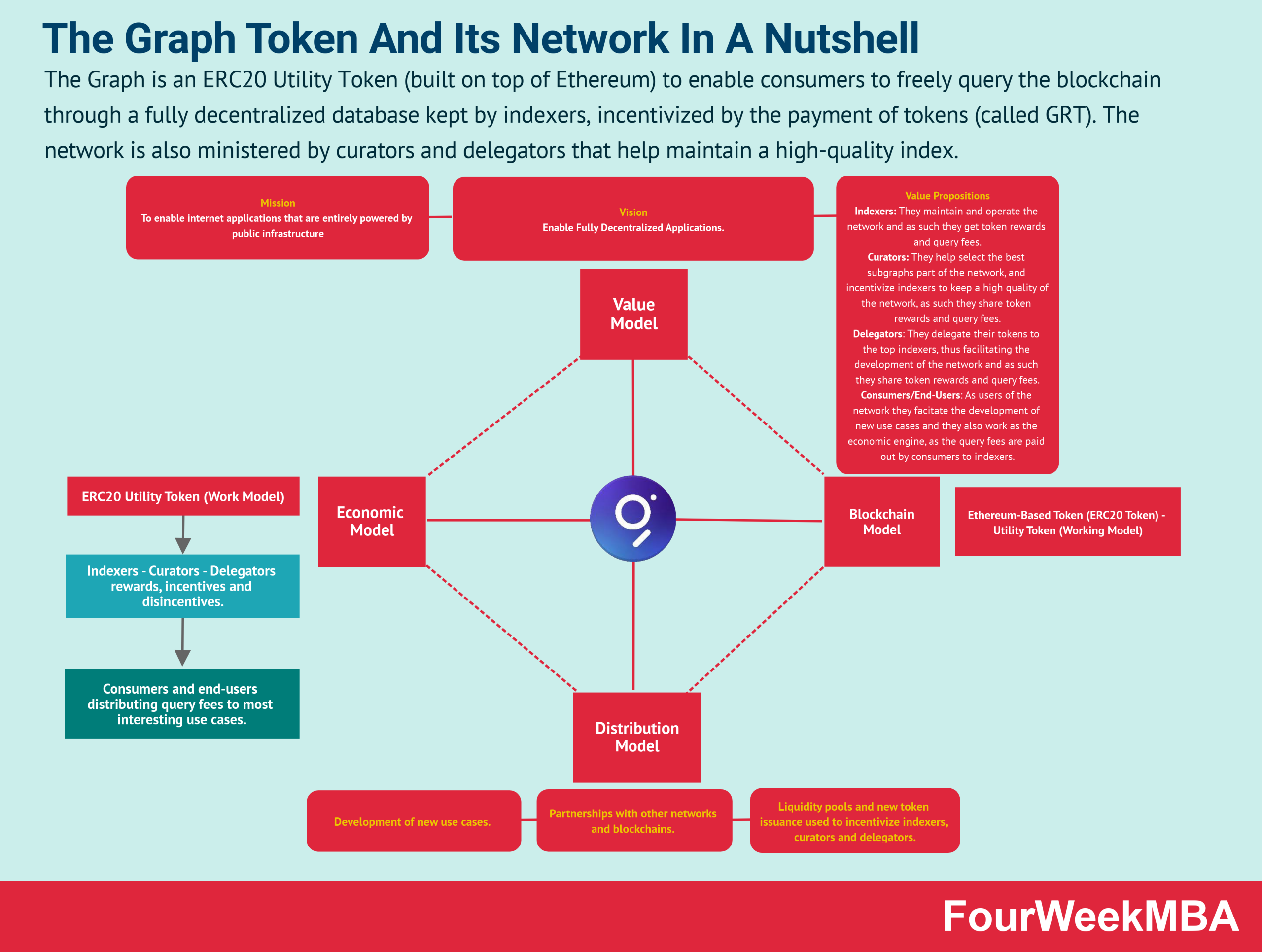 The Graph is an ERC20 Utility Token (built on top of Ethereum) to enable consumers to freely query the blockchain through a fully decentralized database kept by indexers, incentivized by the payment of tokens (called GRT). The network is also ministered by curators and delegators that help maintain a high-quality index.

The Graph vision is to enable fully decentralized applications, which requires a paradigm shift, from “businesses paying for the ongoing storage, compute, and other services required to keep an application running, toward users directly paying networks of decentralized service providers for granular usage of these resources.”

The Graph mission is therefore “to enable internet applications that are entirely powered by public infrastructure.“

As highlighted by The Graph team “full-stack decentralization will enable applications that are robust to business failures and rent seeking and also facilitate an unprecedented level of interoperability. Users and developers will be able to know that software they invest time and money into can’t suddenly disappear.”

Thus, the whole mission of a project like The Graph is to enable the whole application stack to run on top of the blockchain (not just the transactional layer).

The whole point of a project like The Graph is to decentralize centralized databases, which are limited in terms of use cases and access from its users. As pointed out by The Graph team referring to a quote from Vinay Gupta, previously of the Ethereum foundation:

“When you’ve got a single big database at the heart of your organization, which stores all truth and all wisdom, you’re very reluctant to let other people touch that database.”

In short, the web as we know it developed through the proprietary APIs model. While this model enabled access to a plethora of applications it also exposed some of its major drawbacks. First, APIs are “rigid and costly to maintain” as those are usually fixed in terms of use cases that can be implemented, and stuck in terms of what use cases they can support (the central company handling the database is in charge of siloing the API and deciding what can be done with that).

Thus, the proprietary API is the interface between the company and the consumer, thus creating inefficiencies, as in many cases APIs require the development of more databases and APIs just to be able to connect them up.

The last point highlighted by The Graph team is the fact that APIs also create data monopolies, and the central player can use them to stiff competition. Think of how, perhaps, initially also digital platforms like Facebook enabled third-party developers to build apps on top of the main platform. And how it cut them off suddenly thus stifling competition (third-party applications are not easy to control and monetize by the central player).

In terms of querying language for the blockchains, The Graph leverages on GraphQL, as this is both a query language and interface definition language.

Ethereum Blockchain In A Nutshell

Ethereum was launched in 2015 with its cryptocurrency, Ether, as an open-source, blockchain-based, decentralized platform software. Smart contracts are enabled,...