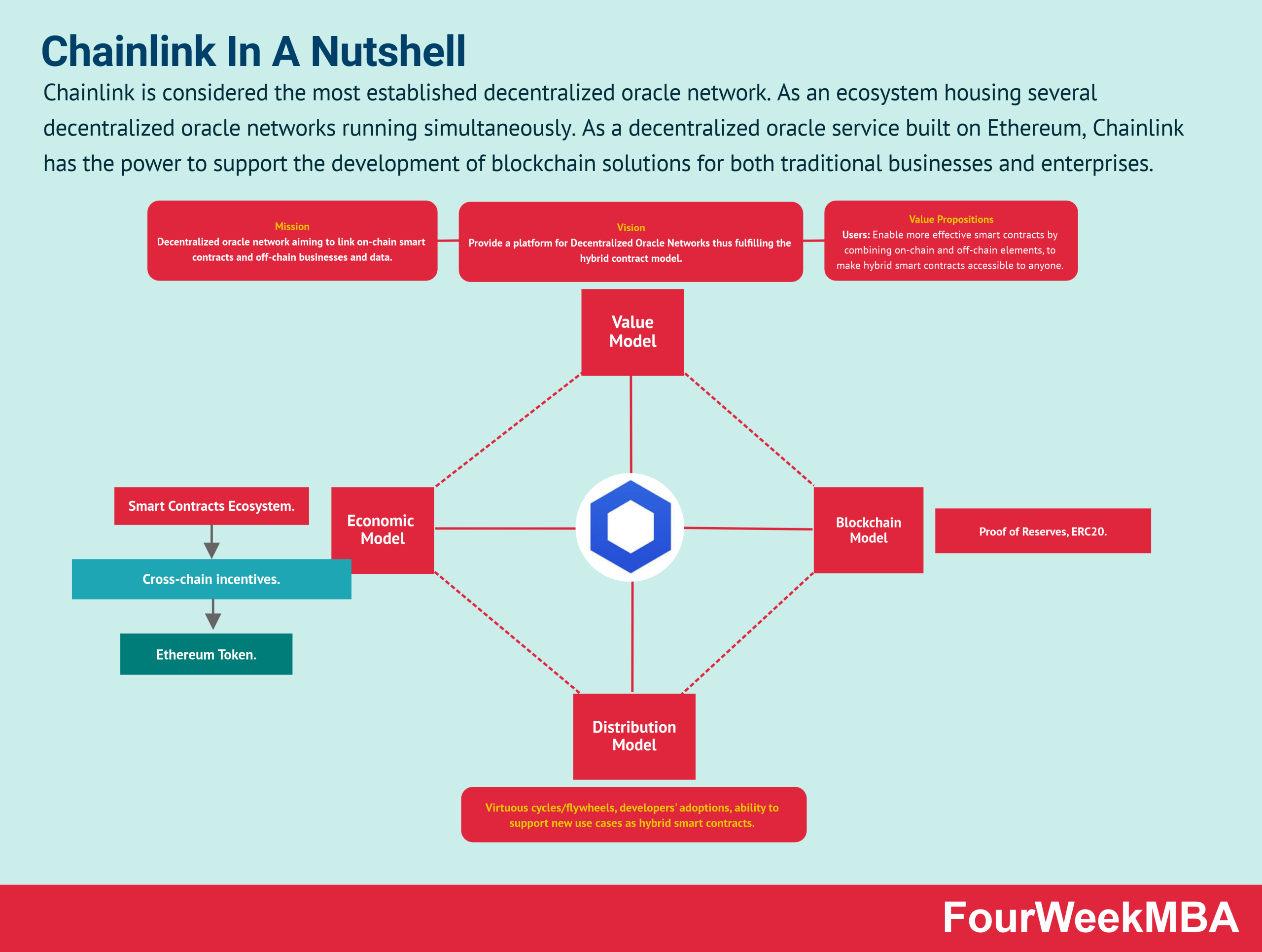 In the emergence of multiple blockchain projects, Chainlink is genuinely a standout. As a decentralized oracle service built on Ethereum, Chainlink has the power to support the development of blockchain solutions for both traditional businesses and enterprises.

Chainlink was the product of an effort to make smart contracts more accessible and in sync with the outside world. Although the smart contract is considered the brainchild of Ethereum, Chainlink goes a few steps further as it aims to incorporate smart contracts beyond the blockchain and into the real world.

With this in mind, users of smart contracts can retrieve data from off-chain APIs, data pools, and other resources using the oracles in the network, which you can then incorporate into the blockchain.

Simply put, Chainlink links the blockchain ecosystem to external world applications by connecting to the blockchain on one end and merging with an API on the other. Chainlink can also limit trust in a single party and work flawlessly in a decentralized infrastructure as the base of its solution is built on oracles.

As highlighted in its White Paper the vision for Chainlink is to “securely combining on-chain and off-chain components in smart contracts. We refer to contracts realizing this idea as hybrid smart contracts or hybrid contracts.”

Why is this vision important? As highlighted in the same White Paper:

Blockchains are and will continue to play two critical roles in decentralized-service ecosystems: They are both the loci where cryptocurrency ownership is represented and robust anchors for decentralized services. Smart contracts must therefore be represented or executed on chain, but their on-chain capabilities are severely limited. Purely on-chain contract code is slow, expensive, and insular, unable to benefit from real-world data and a variety of functionalities that are inherently unachievable on chain, including various forms of confidential computation, generation of (pseudo)randomness secure against miner / validator manipulation, etc.

In short, bringing all on-chain means also killing – as of now – the potential of what applications can do. Instead, by combining on-chain and off-chain capabilities Chainlink focuses on improving widely the capabilities of what can be done with smart contracts.

The on-chain infrastructure encompasses all on-chain contracts, called Oracle contracts, spread all over Ethereum’s blockchain. These Oracle contracts allow users to access off-chain data by processing their data requests and matching them with existing oracles deemed appropriate for the application.

As explained in its White Paper “Decentralized Oracle Networks are designed to enhance and extend the capabilities of smart contracts on a target blockchain or main chain through functions that are not available natively.”

As you can see from the image above the Decentralized Oracle Network is able to execute off-chain data, by bringing it into smart contracts, thus making them executable. This is critical, as these networks help bootstrap blockchain protocols that otherwise might not natively support certain applications, and also decongest the main network.

Among the key design principles behind Chainlink there are Hybrid smart contracts (combining on-chain and off-chain components), Abstracting away complexity (perhaps by simplifying the interface for developers that don’t have to deal with specific protocols’ rules), Scaling (thus helping various blockchain protocols to support more volume and more use cases), Confidentiality, Order-fairness for transactions (preventing for instance attacks un users’ transactions that are aimed at increasing fees), Trust minimization, and Incentive-based (crypto economic) security.

Another important element for Chainlink as it combines on and off-chain is the proof of reserves, which helps to build a “cross-chain service.”