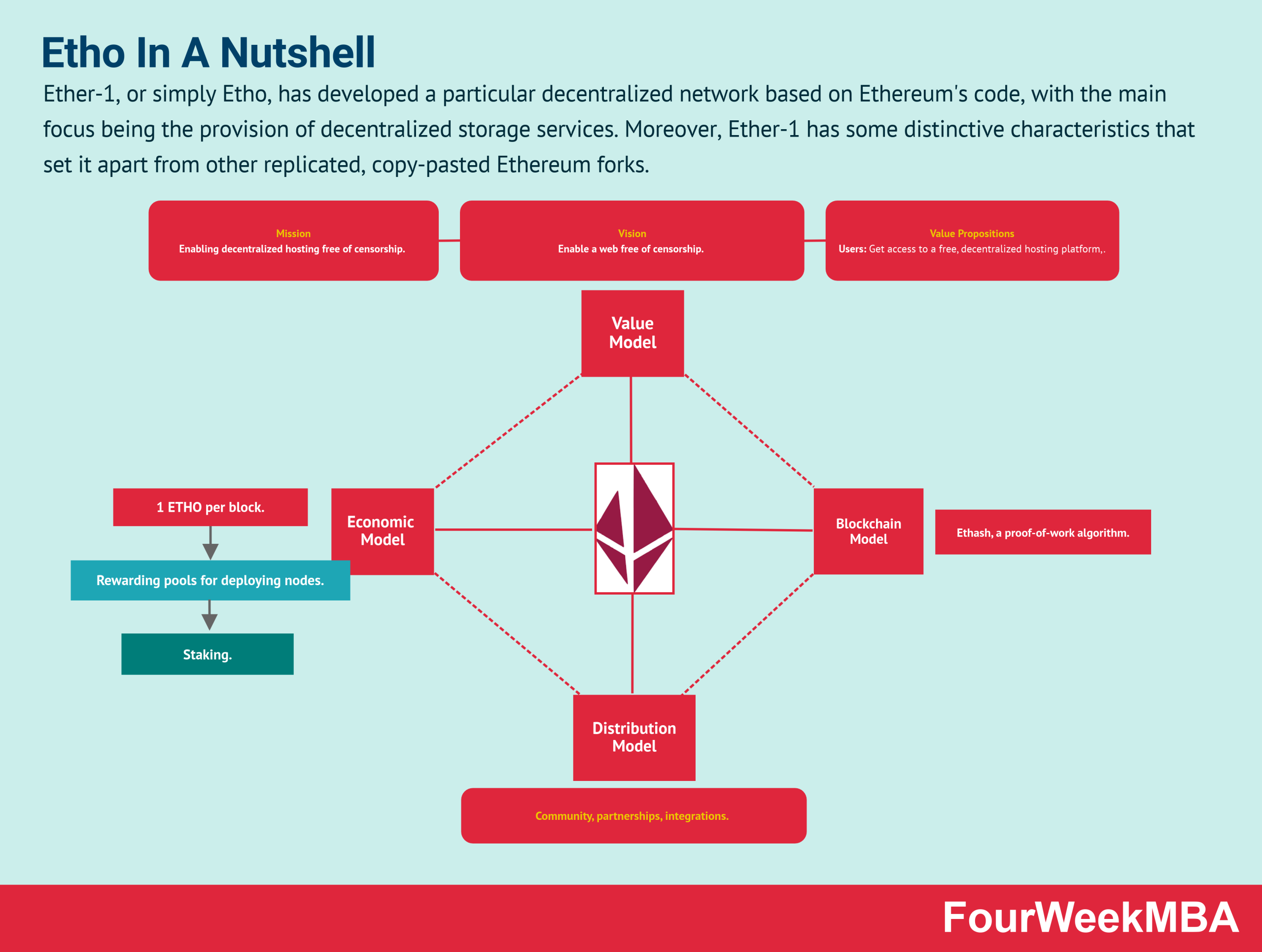 Ether-1, or simply Etho, has developed a particular decentralized network based on Ethereum’s code, with the main focus being the provision of decentralized storage services. Moreover, Ether-1 has some distinctive characteristics that set it apart from other replicated, copy-pasted Ethereum forks.

As highlighted in tits White Paper the main problems Etho tries to address:

And according to the Eho project, the solution is found by:

The creation of EthoFS demonstrates the Etho team’s commitment to adoption and usability. Anyone can use and navigate EthoFS thanks to its simple, intuitive dashboard. In addition, the Etho team released specific instructions about how to work if clients ever get lost.

When it comes to selecting a hosting service, fees are undoubtedly one of the most important considerations. The EthoFS price is currently at 1 Etho/MB/Week. This fee is much more reasonable than many centralized providers. Furthermore, as EthoFS grows, the cost is expected to decrease.

The sophistication and resources needed to attack a decentralized website are significantly increased by decentralized content delivery. Since content gets distributed across the network, attackers cannot target a single location, considerably adding security advantages.

Being an Ethereum fork, Ether-1 uses Ethash, a proof-of-work algorithm — known as the most decentralized consensus method.

As miners flocked to Ether-1 on its launch day, the network encountered multiple chain forks. As a result, the Etho team decided to delay the launch. At the same time, they worked out the kinks, giving way to a smoother, more fruitful second launch as the development team made sure to communicate effectively and address the problems quickly during the turmoil that ensued.

A fork, in essence, allows network improvements to take place if the miners agree. Forks bring on several extensive network enhancements. For Ether-1, the Kronos fork, which was recently overwhelmingly voted on by the community, was held last December 24th, 2019.

For starters, the Kronos fork allowed node revenue sharing. As a result, participants in EthoFS testing will get rewarded.

Second, since Ether-1 is its chain, Ethereum network updates are not immediately enforced, even though it is an Ethereum fork. Instead, Kronos will make use of Ethereum’s most recent chain updates. As a result, network sync times will reduce, strengthening protections.

Finally, Kronos can do some administrative tasks. For testing and development, the Etho team maintains its network of nodes, merged into a single main cluster by the Kronos fork, thereby eliminating costs.