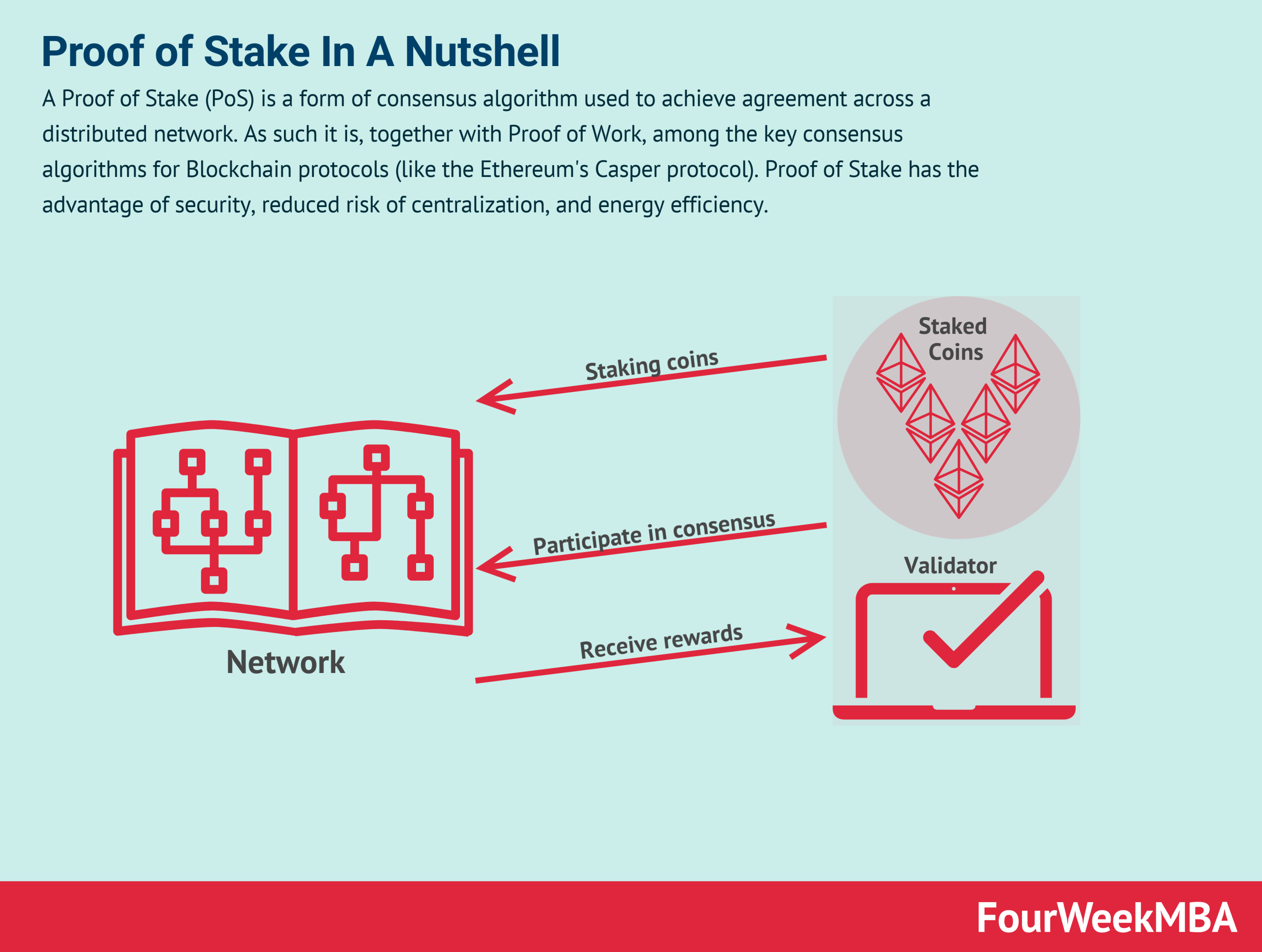 How does Proof of Stake work?

As pointed out on Ethereum:

Proof of Stake (PoS) is a category of consensus algorithms for public blockchains that depend on a validator’s economic stake in the network.

In short, in a PoS-based blockchain, the weight of each validator taking turn proposing and voting might depend for instance on the size of its deposit (the stake.

The philosophy behind Proof of Stake

As pointed out on Ethereum the key advantages of a Proof of Stake are:

Disadvantages of a Proof of Stake

The main argument against Proof of Stake is the risk that the Blockchain protocol might be taken over by someone with a substantial stake in the protocol. While the protocol might have rules to prevent that, if those rules fail they make the network potentially centralized, thus prone to take overs.

As explained in the Steemit business model, as the network was taken over, and the way for the community to decentralize it was though a hard fork, which created a new protocol, called Hive.

As Vitalik Buterin pointed out, when the take over of Steemit happened:

One way to prevent this, of course, is to use hybrid models, that combine Proof of Stake with Proof of Work.

Or have a set of mechanisms to enable distribution of coins, prevent monopolizzano and 51% attacks (take overs).

The whole point of proof of stake is about enabling consensus in a distributed network, a Blockchain Protocol.

Types of Proof of Stakes

While there are many types of consensus algorithms. When it comes to Blockchain and Proof of Stakes, two main kinds have found applications:

As pointed out on Ethereum, in a Chain-based Proof of Stake, “the algorithm pseudo-randomly selects a validator during each time slot (eg. every period of 10 seconds might be a time slot), and assigns that validator the right to create a single block, and this block must point to some previous block (normally the block at the end of the previously longest chain), and so over time most blocks converge into a single constantly growing chain.“

In a BFT-style (Byzantine fault) proof of stake for to proof of stake to be reliable, there has to be some fault tolerance of a system where, even though some of the parties, are not in agreement or act against the network’s rules, the network can still reach agreement and move on.

This mechanic draws from the Byzantine Generals Problem.

As the original paper on The Byzantine Generals Problem, of 1982, states:

Reliable computer systems must handle malfunctioning component that give conflicting information to different parts of the system. This situation can be expressed abstractly in terms of a group of generals of the Byzantine army camped with their troops around an enemy city. Communicating only by messenger, the generals must agree upon a common battle plan. However, one or more of them may be traitors who will try to confuse the others. The problem is to find an algorithm to ensure that the loyal generals will reach agreement. It is shown that, using only oral messages, this problem is solvable if and only if more than two-thirds of the generals are loyal; so a single traitor can confound two loyal generals.With unforgeable written messages, the problem is solvable for any number of generals and possible traitors.

In short, as long as the number of disloyal generals is less than one third of the generals. The impossibility of dealing with one-third or more traitors ultimately reduces to proving that the one Commander and two Lieutenants problem cannot be solved, if the Commander is traitorous.

The Proof of Stake solved an important problem, as it enabled an alternative mechanism to Proof of Work, primarily based on mining, with an impressive energy consumption.

Proof of Stake would enable the network to function even without much energy consumption, as the network can grow based on the stake of coins of each player in the network.

At the same time as the Steemit case showed, the network is vulnerable from take overs, thus risking to get centralized, which is what a Blockchain Protocol wants to prevent in the first place.

What Is Coupling And Why It Matters In Business

As startups gain control of new markets. They expand in adjacent areas in disparate and different industries by coupling the...