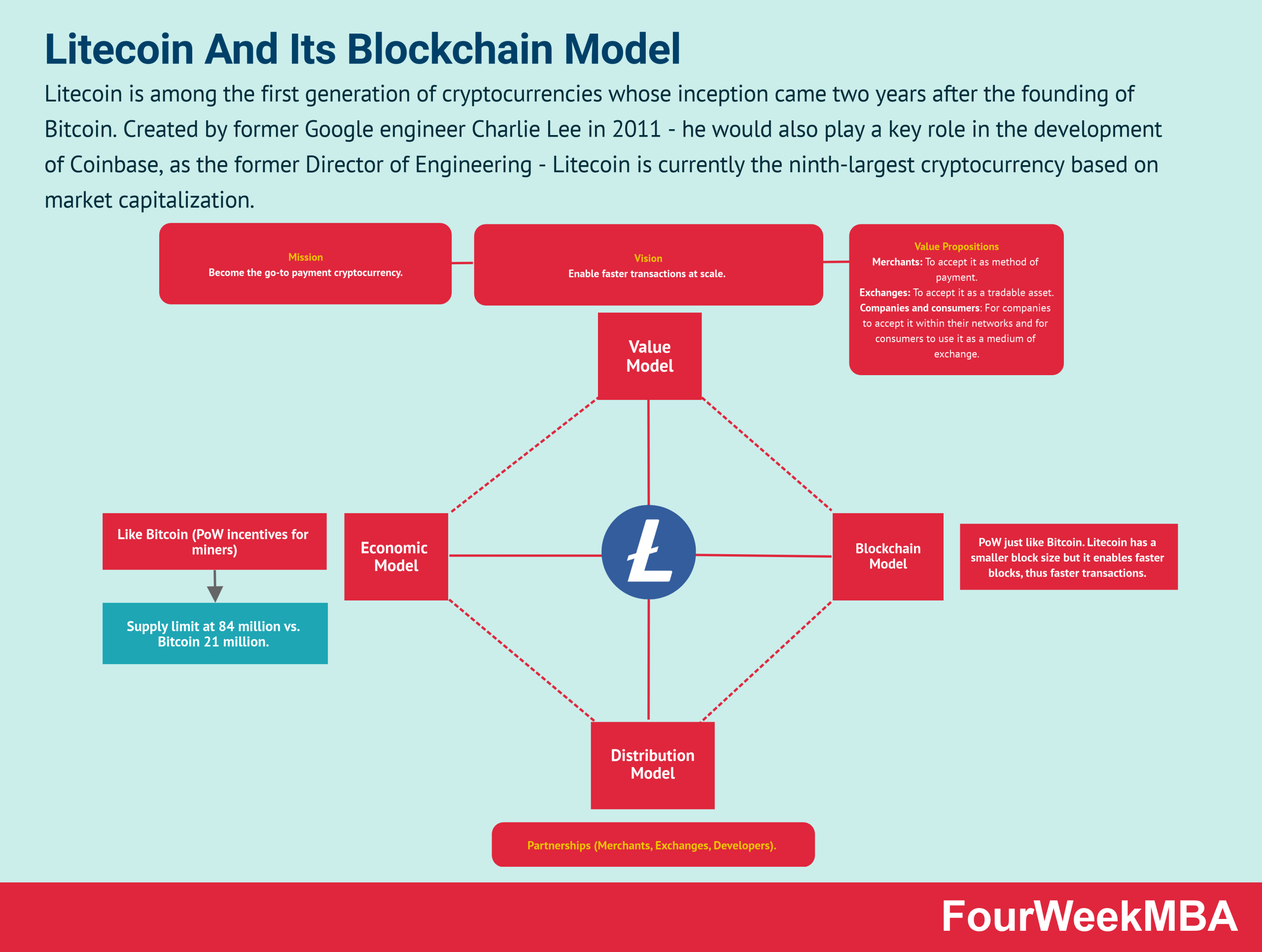 Litecoin is among the first generation of cryptocurrencies whose inception came two years after the founding of Bitcoin. Created by former Google engineer Charlie Lee in 2011 – he would also play a key role in the development of Coinbase, as the former Director of Engineering – Litecoin is currently the ninth-largest cryptocurrency based on market capitalization.

Litecoin in a Nutshell

No central authority controls Litecoin, which means that it is a virtual peer-to-peer currency. The network deals on the spot, near-zero cost payments from which institutions or individuals could manage wherever they may be. Litecoin could also be an alternative way for paying people anywhere around the globe without needing to process transactions. Cryptocurrencies like Bitcoin and Litecoin use the proof-of-work or PoW algorithm to secure their networks. Moreover, PoW requires a party to prove that it has expended the required amount of computational effort to the other parties playing a part in the network.

Like all the other virtual currencies, Litecoin is another form of digital money. Transferring funds between accounts and purchasing things could get done by both institutions and individuals using Litecoin. The contributors could make transactions with Litecoin without using intercessors like banks, payment processing services, or credit card companies.

Just like Bitcoin’s initial mission (before turning into “digital gold”) Litecoin claims to be the “cryptocurrency for payments.” Thus, the main value proposition of Litecoin is that it provides a faster way to process transactions on top of the blockchain. Thus similarly to Bitcoin Cash, which turned out to be a spin-off and fork of Bitcoin, just to accommodate more transactions on a single block, so Litecoin was born as a way to speed up transactions.

Just like Bitcoin, Litecoin’s protocol is based on proof of work, yet the main difference is in the block speed rather than the block size. Where Bitcoin Cash solved for the problem of speed by increasing the size of the blocks (thus enabling larger transactions), Litecoin still had a small block size (1MB initially) but it enabled more blocks to be processed, faster, thus de facto becoming faster than Bitcoin itself because more transactions could be processed in less time (of course speed also depends on how crowded a network is). In fact, to gain a bit of context where Litecoin blocks are added every 2.5 minutes, in the Bitcoin case that happens every ten minutes.

Also, just like Bitcoin it has a supply limit. Where for Bitcoin that is 21 millions, for Litecoin that is 84 million.

An important distribution channel for Litecoin is its app and wallet, running through the various mobile app stores.

Of course, the more Litecoin might become popular as a potential alternative to Bitcoin the more it might gain traction. The risk for Litecoin and all the other cryptocurrencies solving for the money use case is to just become a store of value (or perhaps a speculative asset). In fact, if people do not use them to transact and exchange value on the market, these currencies might in the long run become just an alternative asset class. However, it’s important to notice that also an asset class like commodities do gain their value from the underlying industrial usage they have. Therefore, unless the underlying protocols solving for the money problem do not become also useful to some commercial use cases, it might be harder to keep the position of asset class in the long-term.

In the main, Litecoin and other cryptocurrencies offer businesses excellent opportunities. Businesspersons become a patron of cryptocurrencies for three main reasons. It eliminates the need to worry about currency exchange rates, credit cards take up more processing fees that need to get paid, and just within minutes, users could complete transactions from around the world.

A media frenzy had occurred when Litecoin’s developer Charlie Lee, visited China. Uber Technologies, Inc. and Amazon.com, Inc. (NASDAQ: AMZN) have hinted around welcoming Litecoin. The value of Litecoin will likely and significantly increase for the users once the deals become approved.