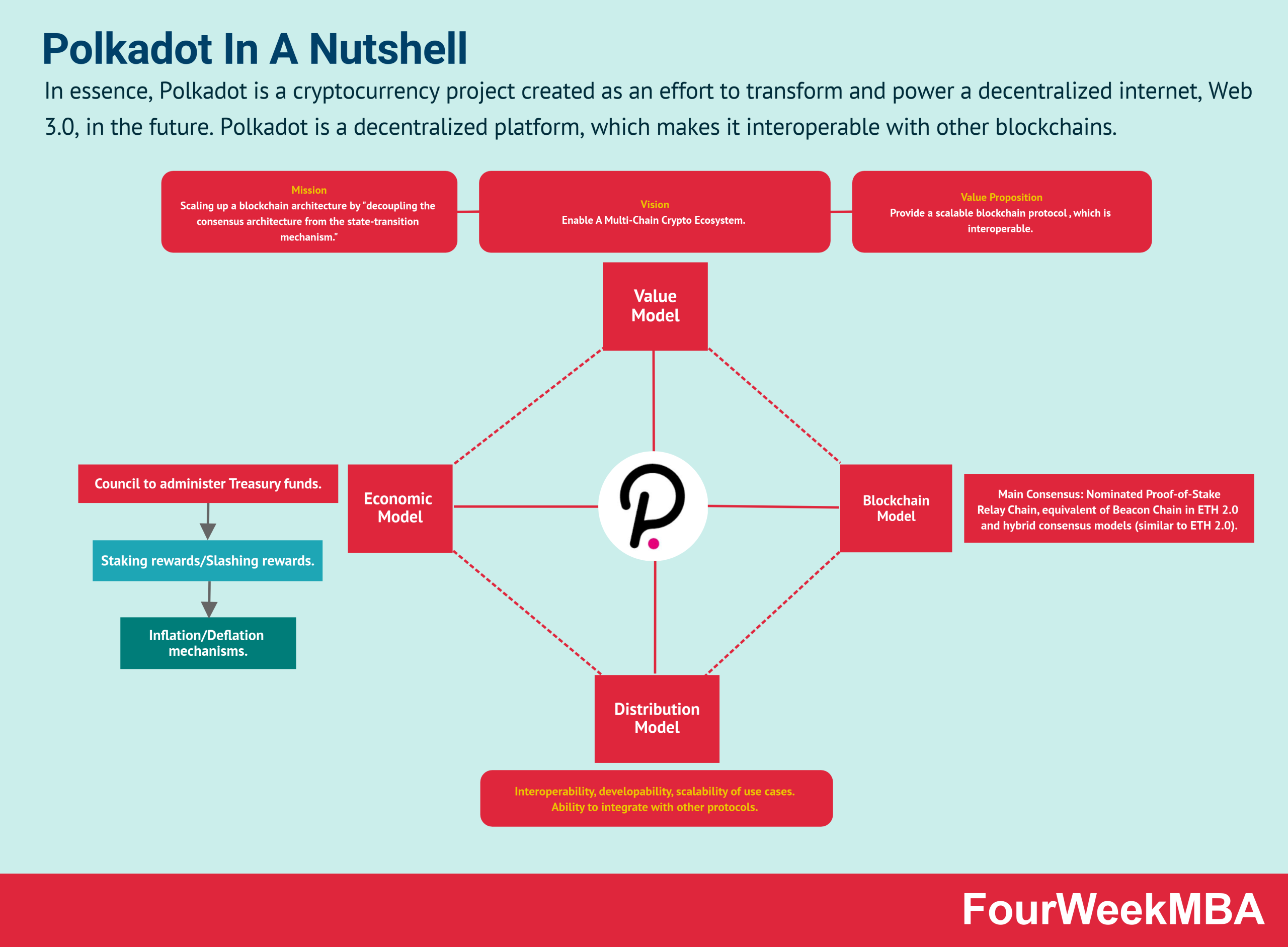 The new beginnings of Gavin Wood

Polkadot offers a plethora of possibilities. It also allows for creating smart contracts and new blockchains and tokens, facilitates information exchange across blockchains, and is designed to accommodate future upgrades with no hard forks. Moreover, the Polkadot protocol is run by users who hold its native cryptocurrency, the DOT.

How did it come to be?

Former researcher at Microsoft Research, between 2007 and 2011 Gavin Wood refined his skill as a programmer, moving as Technical Director and Director of Technology for various startups, before stumbling upon Ethereum, back in 2013, as one of the core programmers in the developer’s founding team.

Since an early age, Gavin Wood had been interested in Game Theory. After his PhD in computer science, back in 2011 he found out about Bitcoin. He didn’t really dive into the Bitcoin ecosystem until 2013, when he was Director of Technology for a startup law firm (developing a software for lawyers), a friend had founded.

Yet, by 2013 as he met more often the Bitcoin community in London, there he met Vitalik Buterin. Gavin Wood was looking for a gig on the side, so he started programming for what from Vitalik’s White Paper would turn into Ethereum. And indeed Gavin Wood became the first CTO of the Ethereum Foundation, until mid-2015.

As he left the foundation, Gavin Wood first went on to work on Ethcore, which would eventually become Parity, the blockchain company with the mission to “enable businesses and organisations to capitalise on blockchain technology and benefit from the new opportunities it presents.”

The transition toward Parity Technologies is important to understand, as that led to the development of Polkadot first, and Kusama later (both projects were developed by Parity).

This isn’t just a technical perspective, but also a different vision of how the blockchain should develop, get monetized and therefore the potential business models coming out of it. Indeed, where Ethereum chose the open philosophy, where also the organization turned into a foundation (not different from how organizations like WordPress, Wikipedia or Mozilla were run). Gavin Wood and some of the other projects coming out of what I like to call the “Ethereum Branch” chose a different path.

Indeed, EthCore, which later turned into Parity Technologies, were for-profit organizations, focused on developing frameworks first, then entire new blockchain products (with Polkadot in 2016 and Kusama in 2018).

As Ethereum 2.0 was coming out, by the summer of 2016, Gavin Wood started to think to a simplified version of it, which would turn into the Polkadot White Paper.

Over the first four years since its inception, Polkadot has not gained the prominence to garner public attention and has performed under the radar. However, things quickly escalated when Polkadot announced its official release of a “finalized” mainnet by 2020. Polkadot’s native cryptocurrency, DOT, suddenly bounced from behind. Within two weeks, DOT became one of the top ten cryptocurrencies in market capitalization. But why and what makes Polkadot another interesting and potential business platform for blockchain-based business models?

The Polkadot White Paper drafted by Gavin Wood “Polkadot: Vision For A Heterogeneous Multi-Chain Framework” starts by highlighting how “Present-day blockchain architectures all suffer from a number of issues not least practical means of extensibility and scalability” introducing what Gavin Wood defined “heterogeneous multi-chain” that primarily sets apart “canonicality” and “validity.”

Let’s see what all that means.

Vision and Philosophy of the Polkadot’s Architecture

According to Gavin Wood’s White Paper, up to that point (2016-2017 as Polkadot would be launched) most blockchain-based projects had failed to accomplish their missions due to some major drawbacks:

Polkadot focuses on scalability and isolability as its main value drivers.

Polkadot is very similar to Ethereum 2, where the protocol will have a main chain (called Beacon Chain) and “side chains.” In Polkadot as well there is a main chain called Relay Chain, and a set of parachains. The primary difference therefore also with Ethereum 2.

Also in terms of consensus models, both Polkadot and Ethereum 2 use a hybrid consensus models (block production and finality have their own protocol). The main difference between these consensus models is in the details, so how they handle them. Where Ethereum 2 “finalizes batches of blocks according to periods of time called ‘epochs’”. The current plan is to have 32 blocks per epoch,” Polkadot “finalizes batches of blocks based on availability and validity checks that happen as the proposed chain grows” as pointed out on polkadot.network. Thus in theory, Polkadot consensus can be run with fewer validators compared to Ethereum 2.

To achieve that Polkadot uses a variation of proof of stake, called NPoS (Nominated Proof-of-Stake). In this sort of staking mechanism you can either be a nominator (that will nominate up to 16 validators) or a validator.

Polkadot runs on a Relay Chain that acts as the center through which Parachains connect and facilitate the transmission of messages and other important data. More remarkable is that both public and awarded permissions to blockchains for connecting to the Polkadot network. Permissioned blockchains also retain the ability to isolate themselves from the rest of the network without compromising their ability to transfer data to other Parachains and their own network’s security.

Parachains may vary from blockchains or other data structures linked to the Relay Chain for pooled security and interoperability with the other chains. To enjoy these added features, Parachains must meet certain criteria to demonstrate compatibility with the Polkadot network. Specifically, Parachains:

That of Tendermint and HoneyBadgerBFT greatly influences Polkadot’s consensus. However, Polkadot takes a distinctive stance by employing a PoS as the primary method for incentivizing validators to encourage honesty in the network. Moreover, Polkadot can also form “bridges” to allow external blockchains, such as Ethereum, that have their consensus to link to the Relay Chain. The Polkadot protocol is composed of bottom and upper layers. Polkadot’s bottom layers are common among all the Parachains on the Relay Chain.

The bottom layers are known as Polkadot Runtime Environment, consisting of three sublayers: Wasm Interpreter, Consensus, and Networking. Contrarily, the upper layers are unique and distinctive of each Parachain. The first successful implementation of the Polkadot Runtime Environment (PRE) is the Substrate. The substrate is a product of Parity Technologies built on the Web 3.0 technology stack and on which Parachains must get written to connect easily to the Polkadot network. Another remarkable feat of Polkadot is its implementation of a Libp2p networking stack. This notable aspect gets considered to be the first real-world use of its Rust implementation.

Uniswap is a renowned decentralized crypto exchange created in 2018 and based on the Ethereum blockchain, to provide liquidity to...