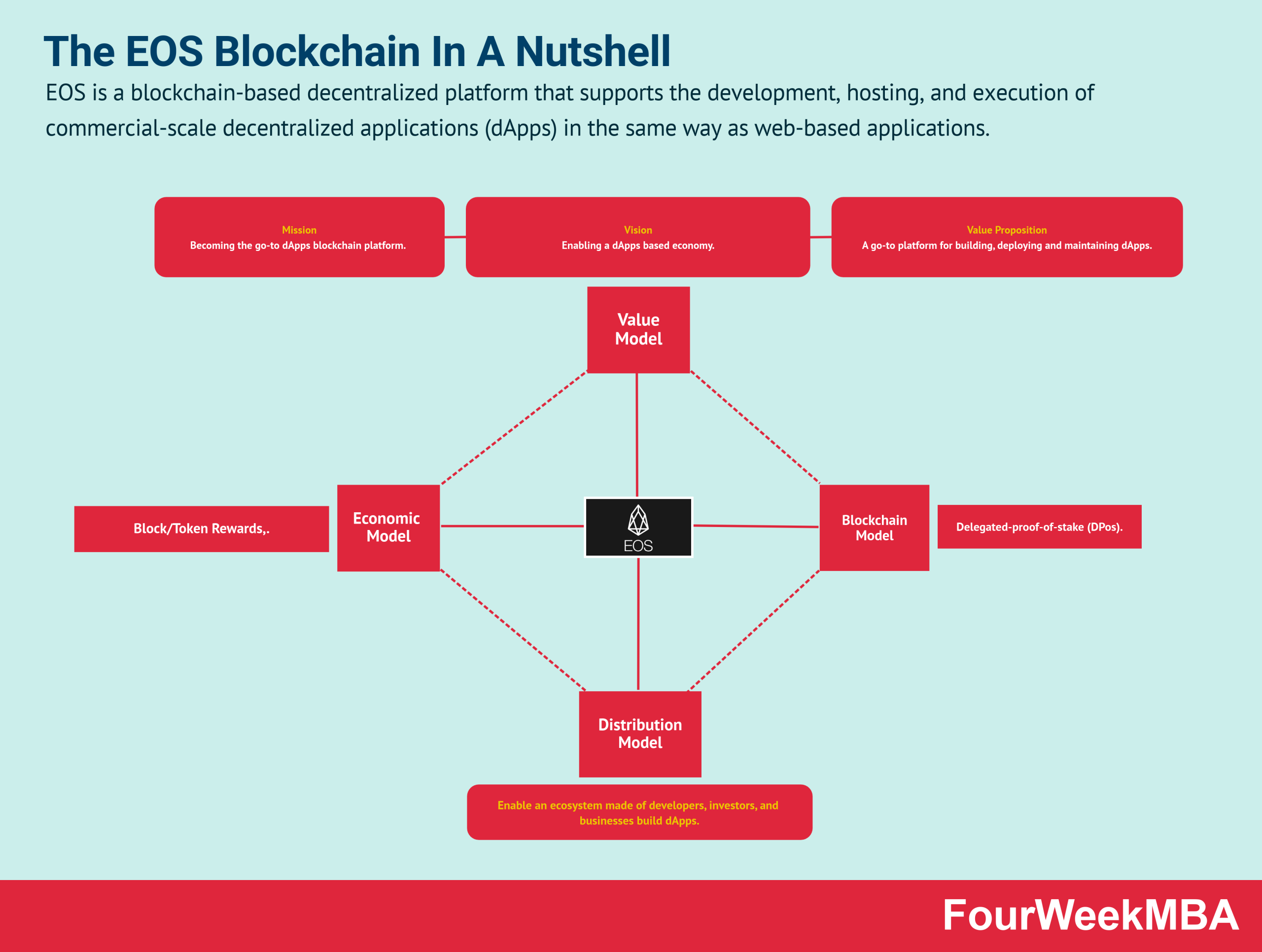 Although EOS takes no official nor final form, among its most prized features is its containment of all the necessary core functionality that allows businesses and individuals to develop blockchain-based applications without compromising the following:

In September 2017, the Block.one company created the EOS.IO blockchain and its native cryptocurrency that the world has known as the EOS. In four years, the EOS.IO blockchain platform, which features smart contract capabilities, has now more than 100 dApps and thousands of active users daily.

With its decentralized blockchain platform, EOS allows software developers to create decentralized applications, or dApps, on its platform itself. Although there are existing blockchains that offer the same features, EOS is a standout. It provides better platform scalability that can process a million transactions per second, all for free.

EOS shares similar dApp development capabilities as Ethereum. However, with EOS, transaction confirmations are carried out using a different type of dedicated consensus system — a remarkable distinction separates the two.

Through a voting mechanism called delegated-proof-of-stake, or DPos, the EOS ecosystem can select who will be producing dApps on the block. Users must keep tokens on the system for three days without selling them to vote. Although users run the risk of losing their money if the price of tokens drops during that period, the chance to vote may override this risk.

Unlike most other cryptocurrencies, EOS tokens have no supply limits. The delegated-proof-of-stake mechanism capitalizes on inflation annually capped at 5% to fund transactions and compensate block users.

As established, EOS is a decentralized blockchain that allows software developers to create on-chain applications. As such, EOS aims to support smart contracts and processes and deliver faster transaction times without any impending costs.

Staying ahead of its league, EOS seeks to provide novel ideas and solutions such as cloud storage, user authentication, and server hosting, and ultimately, to function as an operating system. When achieved, EOS can simplify the development of various dApps on its blockchain. Developers who plan on using the EOS blockchain and any of its resources must be EOS token holders. Although seemingly contradicting their drive to provide free services, holding EOS tokens does not necessarily mean paying to use EOS; rather, users only need some coins to access it.

As previously described, similarities can be attributed to both EOS and Ethereum in that they are both capable of hosting dApps built on smart contracts. However, EOS takes the lead to process approximately a million transactions per second, whereas Ethereum can only do merely 15 transactions per second, a remarkable difference between the two. Although this is the case, the EOS market value will always be tied to Ethereum’s because EOS added scalability attributes to the extra layer it has put on top of Ethereum.

With the claim to be a highly configurable blockchain platform, it’s critical for its distribution to build up to become the go-to place for developers to build any sort of decentralized application. It’s critical to remark that in some cases it’s hard to predict which use cases might take off – in the long run – on a platform. Therefore, in the short term, there might be a few use cases the platform embraces to make distribution take-off (see current commercial use cases below).

Algorand Blockchain In A Nutshell