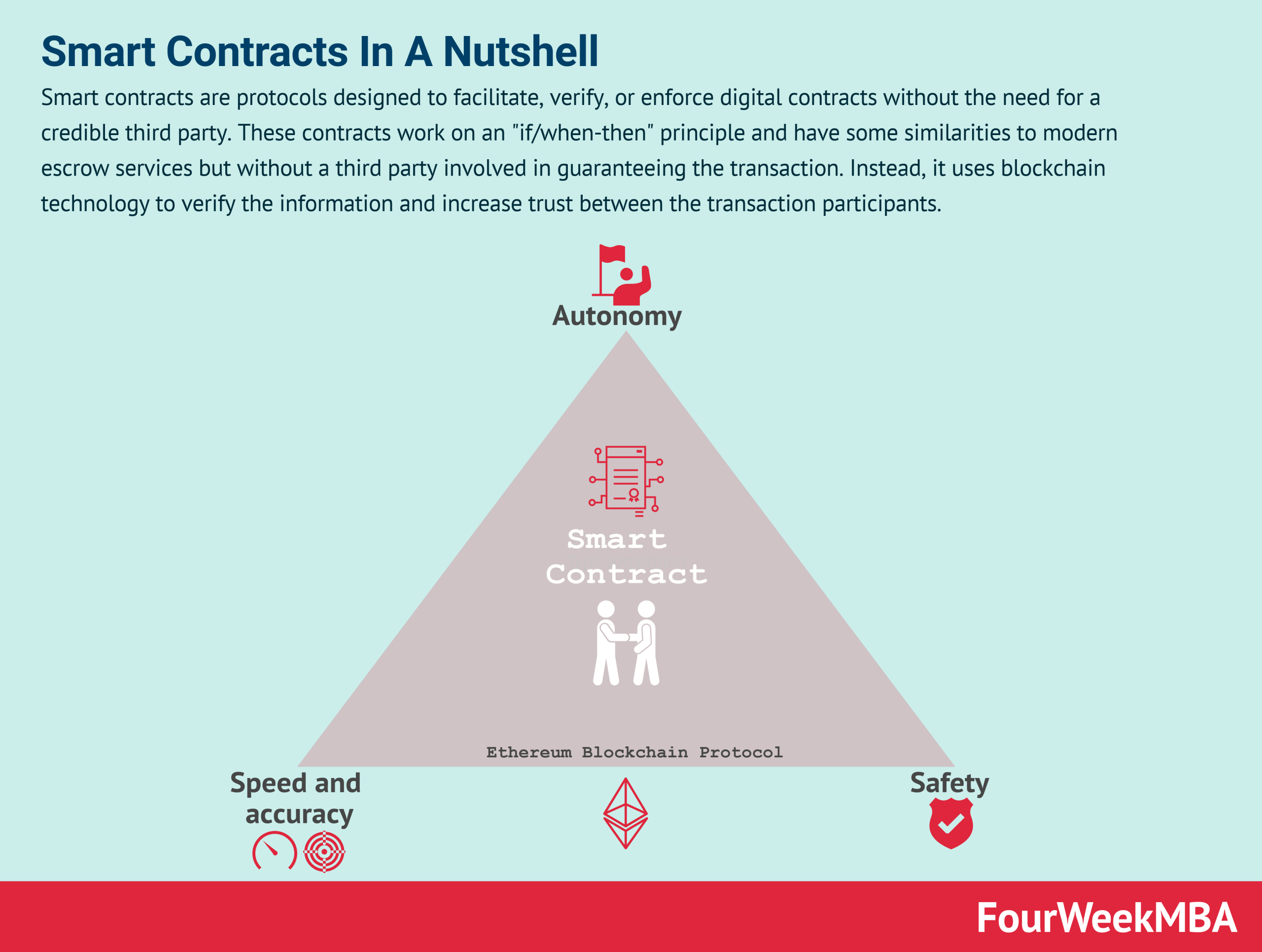 Smart contracts are protocols designed to facilitate, verify, or enforce digital contracts without the need for a credible third party. These contracts work on an “if/when-then” principle and have some similarities to modern escrow services but without a third party involved in guaranteeing the transaction. Instead, it uses blockchain technology to verify the information and increase trust between the transaction participants.

Smart contracts are useful in any scenario where the presence of a third-party leads to inefficiencies. A classic example is an act of buying a house, requiring a large amount of paperwork, negotiation, communication, marketing, and risk management. Here, many simply opt to utilize the services of a third party – or in this case, a real estate agent.

The real estate agent is responsible for creating trust between the buyer and seller and overseeing the deal until it is done. As a result, they charge a high fee for their services.

Smart contracts have the potential to revolutionize the real estate industry by removing the third party from the process. Every facet of the role an estate agent would typically perform is written into the smart contract itself.

These contracts work on an “if/when-then” principle and have some similarities to modern escrow services. In other words, both the purchase money and ownership of the house are held in a system and then distributed to the relevant parties at the same time.

How do smart contracts work?

Smart contracts use blockchain technology to verify information and increase trust between the participants in a transaction. Each smart contract features the terms of an agreement written as code that is committed to the blockchain and publicly available.

At some point, an event outlined in the smart contract is triggered. When selling a home, this event might be the house reaching a predetermined target price. Once triggered, the code executes and the transaction is completed.

It’s important to note that smart contract transactions do not occur in a vacuum. Regulators oversee contract activity on the blockchain to analyze the market while maintaining the privacy of each party.

There are several important benefits to incorporating smart contracts into common transactions, including:

Natural Language Generation In A Nutshell

Natural Language Generation (NLG) is a form of artificial intelligence that generates natural language from structured data. NLG is a software...