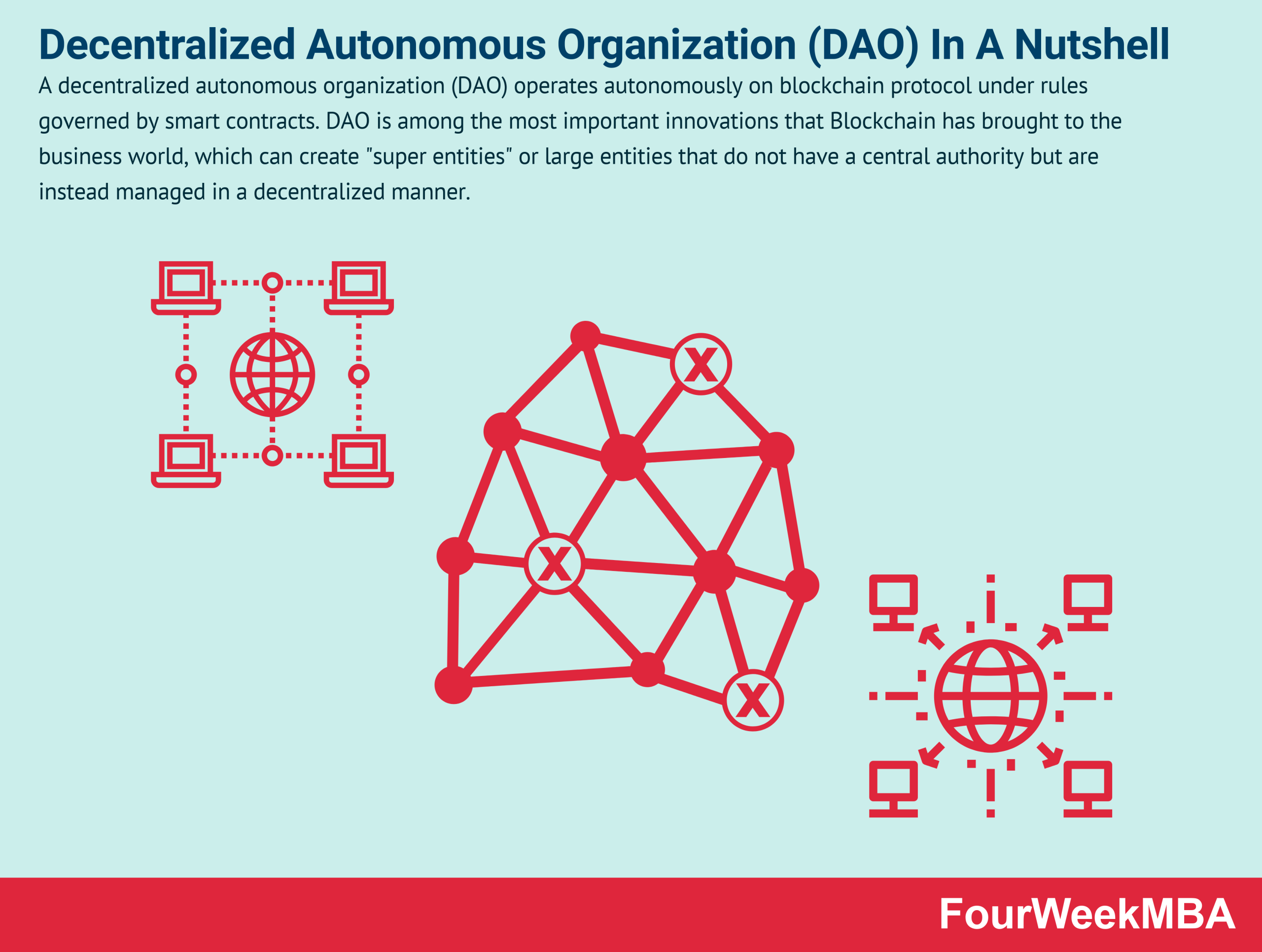 A decentralized autonomous organization (DAO) operates autonomously on blockchain protocol under rules governed by smart contracts. DAO is among the most important innovations that Blockchain has brought to the business world, which can create “super entities” or large entities that do not have a central authority but are instead managed in a decentralized manner.

The blockchain-centric model of a decentralized autonomous organization seeks to address a problem present in almost every business – regardless of industry or size.

DAOs are one way to bypass or at least reduce the need for centralized, hierarchical decision-making in organizations. Using blockchain, a DAO ensures that information flow and incentive structures are properly aligned in a codified format. Indeed, organizations of the future will have their systems, management, charters, and performance bonuses written into smart contracts.

One of the primary goals of the DAO is the automation of all essential and non-essential processes, which has obvious benefits to the organization in terms of efficiency and cost. Blockchain also mitigates the potential for fraud and as noted earlier, directors acting according to their own self-interest.

How does a decentralized autonomous organization work?

While each organization will have specific needs, establishing a DAO using blockchain requires some important groundwork:

Several service providers exist to provide the tools and platforms necessary to create a decentralized organization.

Following is a look at some of the best-known platforms:

A decentralized autonomous organization is any organization run autonomously using smart contracts on a blockchain network. Instead of the centralized, hierarchical decision-making model, power resides with those who own native tokens.

Moving to decentralized and autonomous management requires important groundwork. Robust smart contracts and a native token system must be created before the management model can be deployed.

Depending on the needs of a business, there are several DAO service and platform providers. These include DAOstack, Aragon, and Colony.