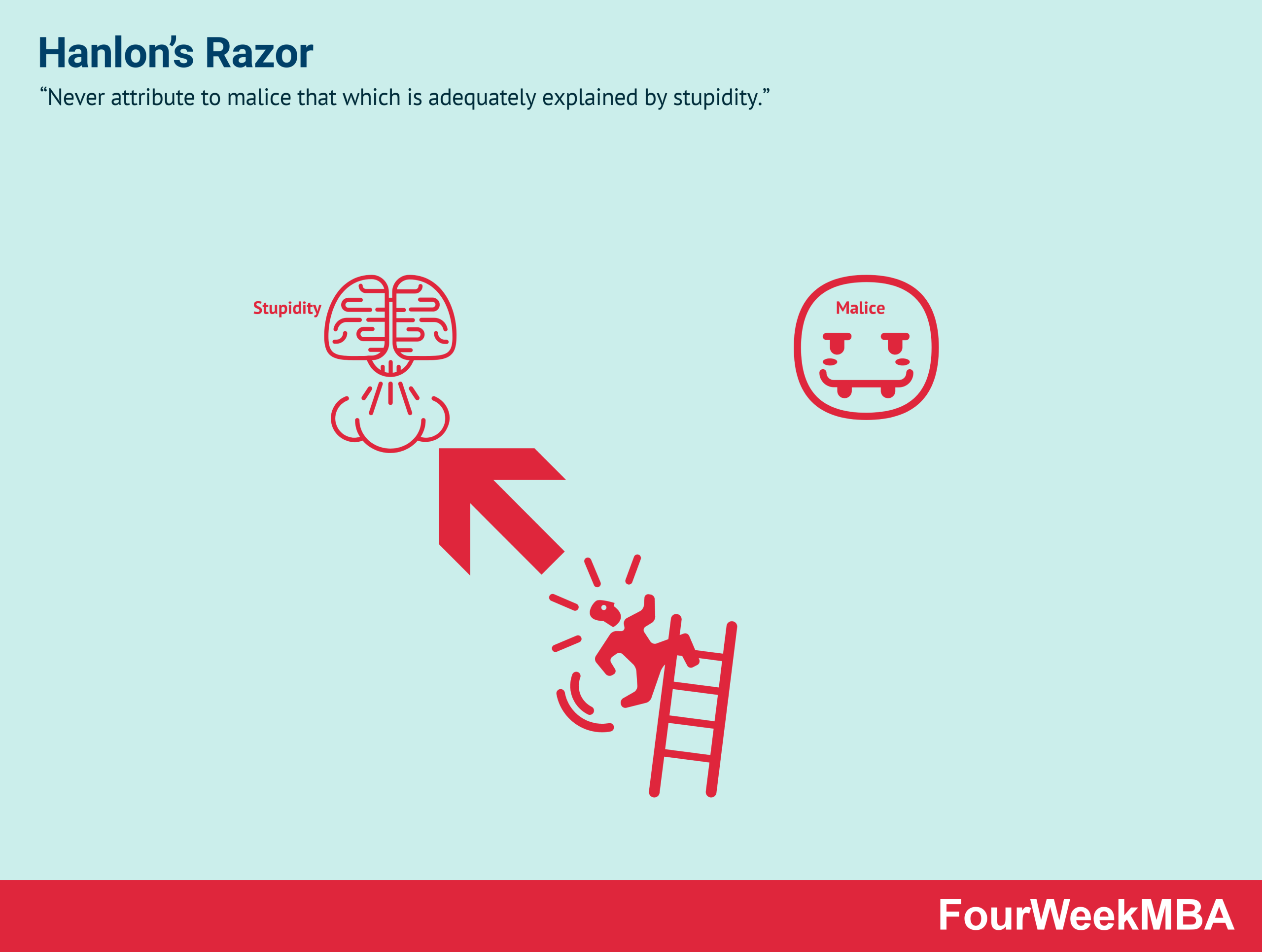 Hanlon’s razor is an adage, often quoted as such:

“Never attribute to malice that which is adequately explained by stupidity.”

In other words, there is a tendency for individuals or businesses to assume malice when that malice is in fact stupidity.

Variations of Hanlon’s razor go back as far as German writer Johann Wolfgang von Goethe, who equated malice and stupidity with incompetence. However, the adage was named after Robert J. Hanlon, who submitted the quote for inclusion in a joke book.

In the modern context, Hanlon’s razor is a somewhat philosophical concept. Indeed, the principle of a razor in philosophy is one that allows the individual to eliminate or “shave off” unlikely explanations for a particular phenomenon.

When Hanlon’s razor is not taken into account, the individual or business who has a bad experience assumes that the world is against them. That the world or the individuals it consists of are malicious and intent on doing them harm.

Instead, Hanlon’s razor advocates that problems and bad experiences are part of life. In the vast majority of instances, there is no malice behind them.

In marketing and business relationships, Hanlon’s razor is one of a suite of mental models that govern specific thought processes attached to examining a problem.

Examples of Hanlon’s razor in business

When British Airways experienced an IT shutdown in 2017 that affected 75,000 passengers, consumers widely assumed that the airline was acting against them.

Theories ranged from budget cuts to the outsourcing of work to India, or a combination of both. However, the shutdown was later determined to have been caused by a simple power malfunction.

There is a widespread belief that Apple tries to force people to upgrade to the latest iPhone by slowing the performance of older models.

Yet Apple revealed that the slower performance was due to an update that decreased the load on older batteries and thus their tendency to cause these older model smartphones to crash.

The benefits of Hanlon’s razor thinking

Hambrick and Fredrickson’s Strategy Diamond is a simple means of illustrating how the different parts of a strategy fit together....