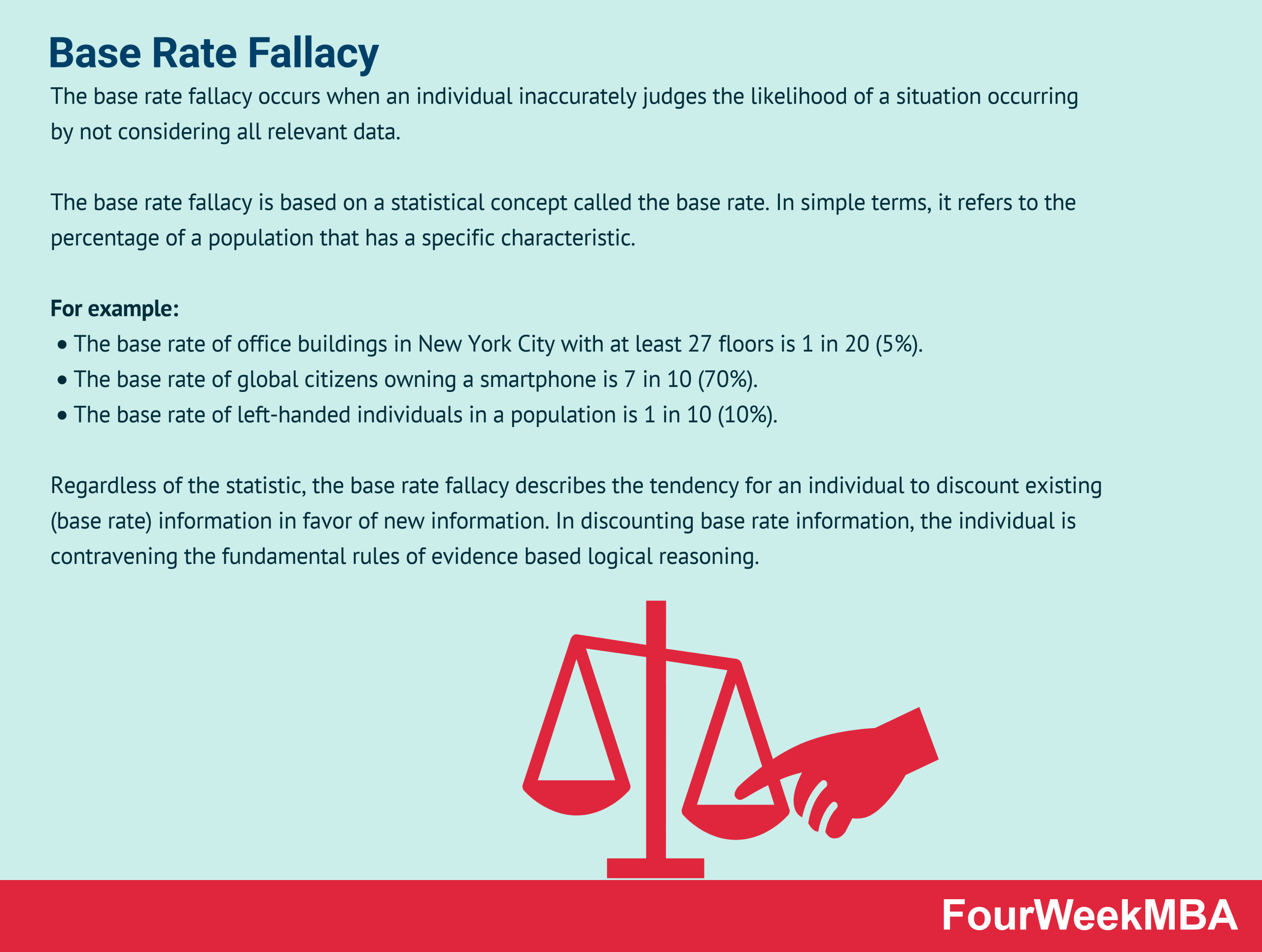 The base rate fallacy occurs when an individual inaccurately judges the likelihood of a situation occurring by not considering all relevant data.

Understanding the base rate fallacy

The base rate fallacy is based on a statistical concept called the base rate. In simple terms, it refers to the percentage of a population that has a specific characteristic.

Regardless of the statistic, the base rate fallacy describes the tendency for an individual to discount existing (base rate) information in favor of new information. In discounting base rate information, the individual is contravening the fundamental rules of evidence based logical reasoning.

These fallacies are common in the finance industry, where investors buy or sell shares based on irrelevant and irrational information. This causes many investors to overreact to fluctuating market conditions, despite the availability of base rate statistics.

For example, a listed company may display consistent, historical growth that has contributed to significant base rate data. Here, the data may show that the company’s share price appreciates at the rate of 35% per year.

If investors ignore this information and decide to sell on a very occasional red day, they are operating under the base rate fallacy. In other words, they have not considered the fundamental aspects of the company or the fact that share price appreciation is very rarely linear.

Avoiding the base rate fallacy

To avoid the base rate fallacy, individuals and businesses should:

What Is Bikeshedding And Why It Matters In Business

Bikeshedding is a metaphor that describes the tendency for individuals to spend a disproportionate amount of time on trivial matters...