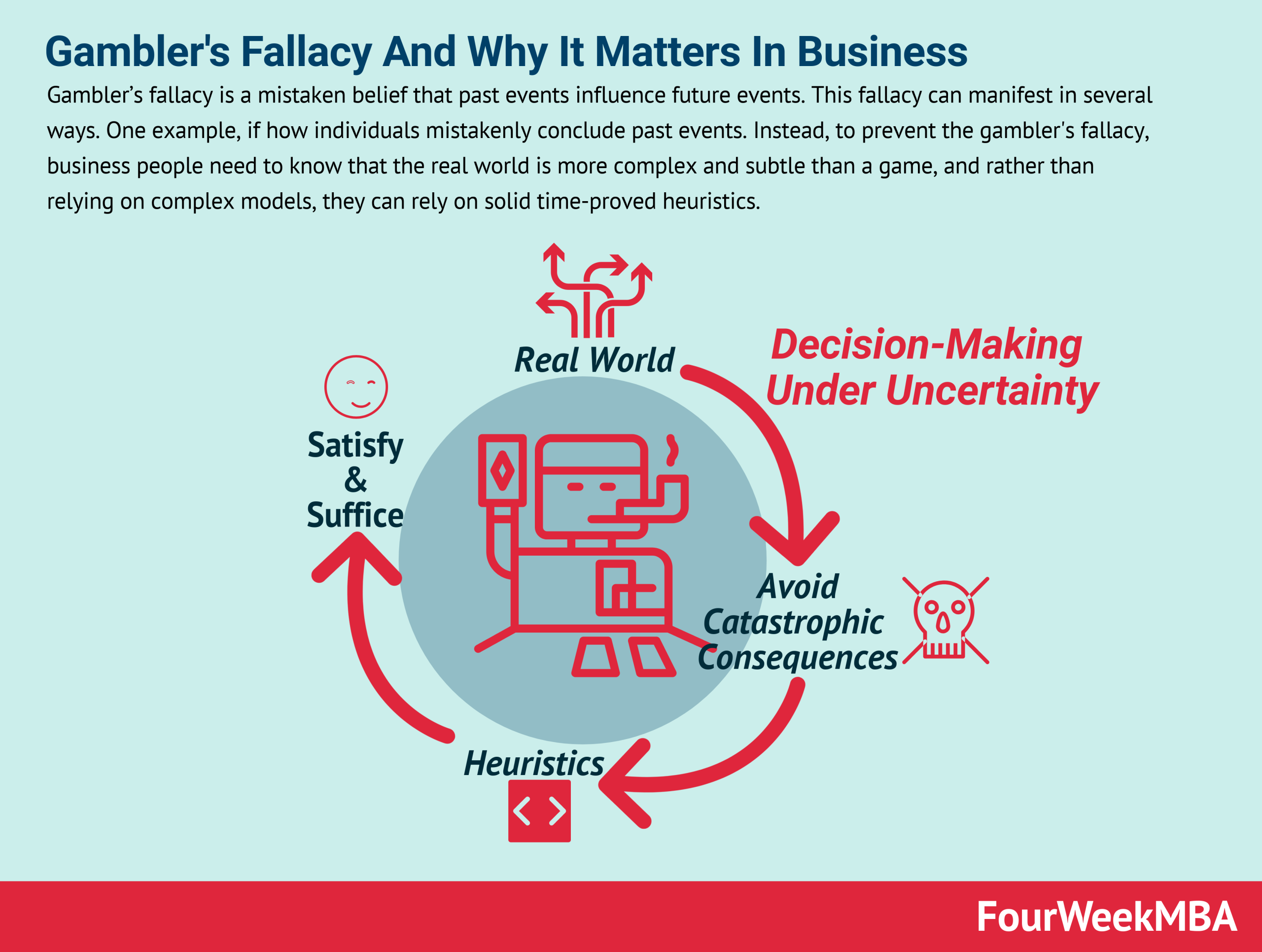 Gambler’s fallacy is a mistaken belief that past events influence future events. This fallacy can manifest in several ways. One example, if how individuals mistakenly conclude past events. Instead, to prevent the gambler’s fallacy, business people need to know that the real world is more complex and subtle than a game, and rather than relying on complex models, they can rely on solid time-proved heuristics.

The Gambler’s fallacy is based on unsound reasoning.

It is often seen in gambling, where an individual might predict that a coin toss will land on heads based on the previous three results of tails. In reality, of course, the probability of either result occurring does not deviate from 50%. That is, each coin toss is an independent event with no relationship to previous or future tosses.

Nevertheless, many individuals are influenced by this fallacy because they underestimate the likelihood of sequential streaks occurring by chance. This results in a cognitive bias where an event is judged based on unrelated factors within a very small sample size.

Other applications of the Gambler’s fallacy

In investing, the fallacy causes investors to believe that a company reporting successive quarters of positive growth is primed for a period of negative growth. Using this reasoning, the investor might pre-emptively sell shares in a company even though the fundamentals leading to growth have not changed.

The reverse is also true. In the case of a company experiencing several quarters of negative growth, an investor may endure large capital losses in the mistaken belief that a profitable quarter is imminent.

In each of the three examples, it was found that less experienced decision-makers were more likely to underestimate the likelihood of event streaks occurring by chance – particularly when occurring in quick succession.

Businesses that operate in industries prone to the Gambler’s fallacy should first ensure that decision-makers are experienced and knowledgeable in their given fields.

Awareness of the fallacy itself is also crucial – though research shows that awareness alone is not enough to prevent against being influenced.

De-biasing techniques are often effective. These techniques involve emphasizing the independence of events by highlighting their inability to affect each other. The emphasis can be internalized by remembering the classic fallacies of a coin toss or the roll of a dice. De-biasing can also include slowing down the reasoning process and removing distractions. This makes it easier for individuals to think logically, avoiding cognitive biases.