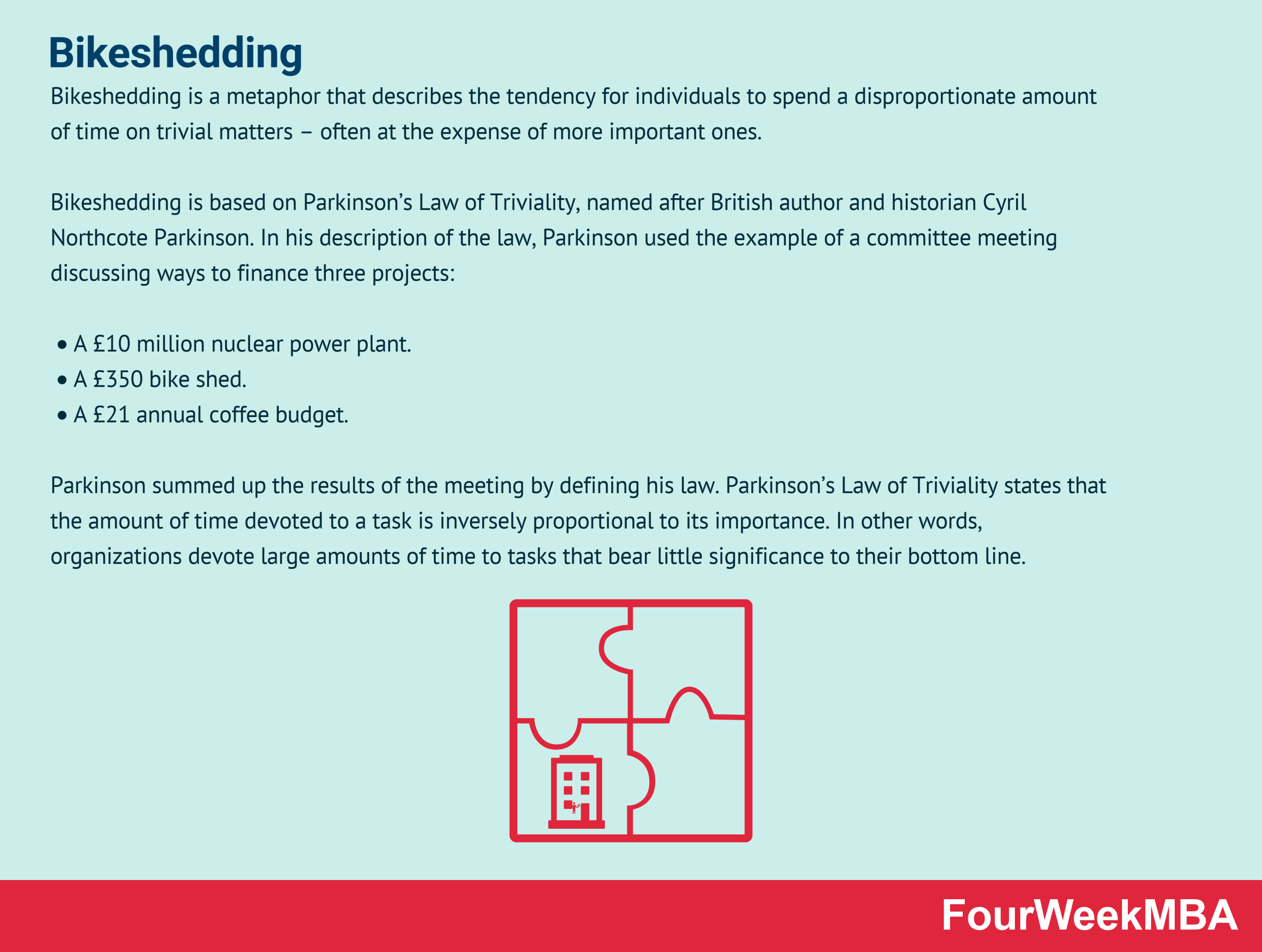 Bikeshedding is a metaphor that describes the tendency for individuals to spend a disproportionate amount of time on trivial matters – often at the expense of more important ones.

Bikeshedding is based on Parkinson’s Law of Triviality, named after British author and historian Cyril Northcote Parkinson.

In his description of the law, Parkinson used the example of a committee meeting discussing ways to finance three projects:

The meeting starts with members discussing nuclear energy, but most are ill-informed and the project seems too complex to facilitate meaningful discussion. The committee then moves on to the bike shed and since many ride to work, there is more animated discussion regarding its financing. Lastly, the coffee budget is discussed. Everyone drinks coffee, so the colleagues spend the rest of the meeting talking about their favorite blends and the allocation of just £21.

At the conclusion of the meeting, nothing of significance has been achieved.

Parkinson summed up the results of the meeting by defining his law. Parkinson’s Law of Triviality states that the amount of time devoted to a task is inversely proportional to its importance. In other words, organizations devote large amounts of time to tasks that bear little significance to their bottom line.

Indeed, bikeshedding is a pervasive and well-entrenched problem in most businesses. A seemingly infinite amount of time is spent replying to emails and sitting in meetings that don’t seem to accomplish much. Ultimately, these somewhat menial tasks consume resources that could be better directed to major projects with a greater potential to move the company forward.

Common examples of bikeshedding in business

Although most commonly associated with meetings, bikeshedding can occur in other scenarios, including:

Many advocate purpose as an essential ingredient in combating bikeshedding.

In the context of business meetings, purpose means that:

The bottom-dollar effect describes a tendency among consumers to dislike purchases that exhaust their remaining budget. If a consumer spends...