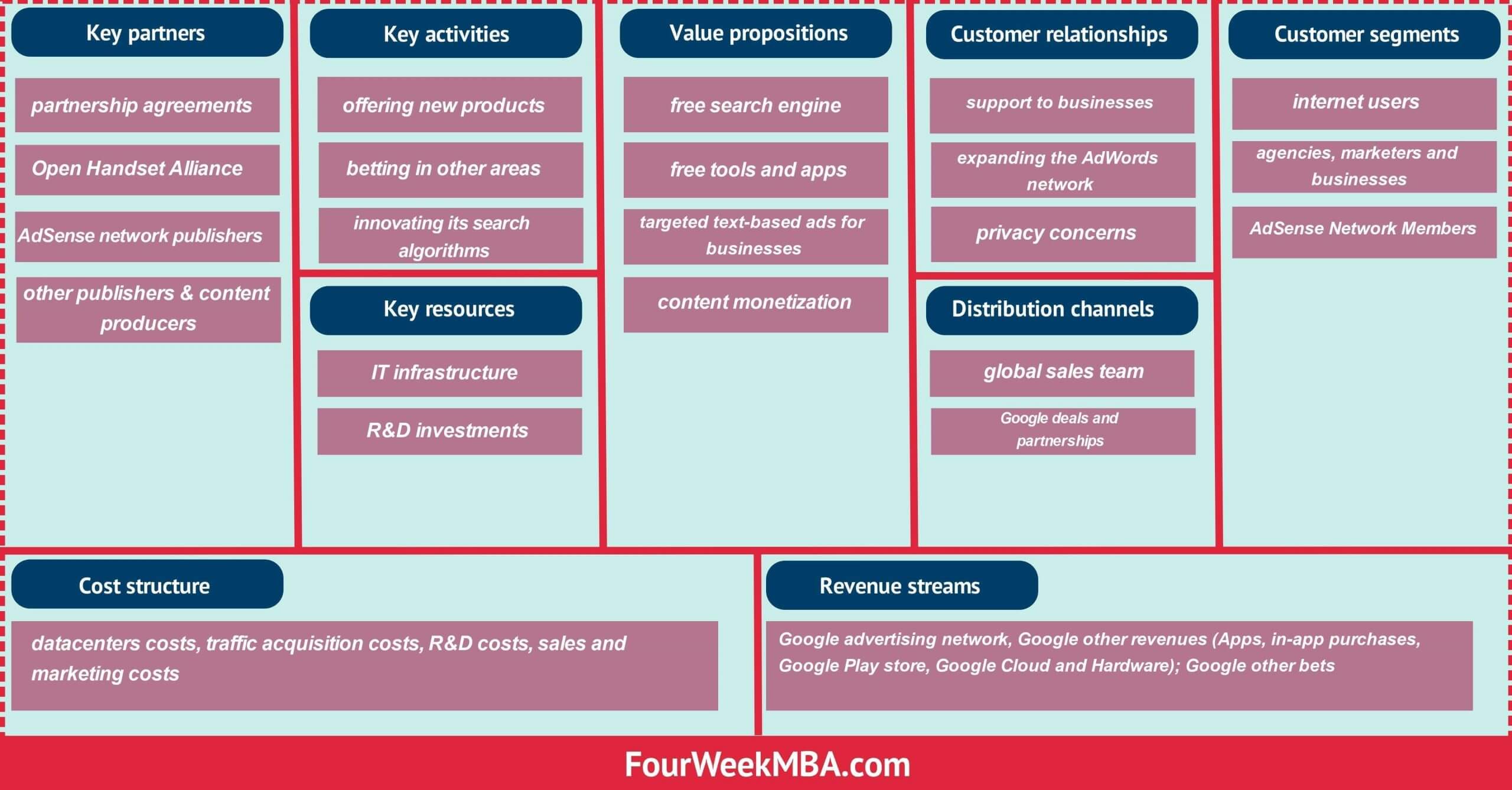 Thus, the pieces of the puzzle that will give rise to a unique business model today might be completely different in the future. This is even more evident for tech giants, like organization wl-no-link">Google, which disrupted the marketplace with innovative business models.

At the same time, if organization wl-no-link">Google itself doesn’t want to be disrupted, it will need to evolve its business model. This might imply a complete change in a few years on things like key partners, distribution channels, customer relationships and the critical resources required to succeed; while the value proposition might stay the same all the rest might change.

For instance, take the case of Goolge able to automate most of the organic content offered to users. Would still need publishers as key partner? If not, its value proposition will slightly change.

In this respect I believe, that at the time of this writing three key elements and partnerships allowed organization wl-no-link">Google to reach its scale:

Google mission is to “organize the world’s information and make it universally accessible and useful.”

This bold vision requires that Google keeps innovating in the search industry, while it also looks forward to new ways the web is developing. This implies a few key activities:

For a tech giant like Google, which has a sophisticated business model, based on a hidden revenue generation, there isn’t a single value proposition.

The cash cow for Google is its AdWords network, made of a growing number of businesses looking to sponsor their products and services. That implies two things.

First, Google needs to keep offering targeted ads that allow those businesses to generate leads. Second, Google is as worth as much as the qualified traffic it can generate.

This implies that Google needs to keep focusing on making sure that users go back to its search results pages. Indeed, even if users do not pay for Google search results, they are the products. As any attention merchant, Google is selling back their attention. That means Google will need:

In terms of value creation, with its massive business model, Google has several “customers” not intended only to businesses paying Google for service but also those people or organization that contribute to Google financial success. In that respect we have:

Google is very capital intensive; this implies a couple of key resources to keep running its infrastructures at best:

My belief is that one of the vital ingredients to Google success was its distribution strategy, since its first few years of operations. That is also why Google relies on:

With its over $110 billion in revenues in 2017, Google reported a $12.6 billion in net profits. This implies a few critical items in its income statements:

Google business model can be broken down into three main lines: