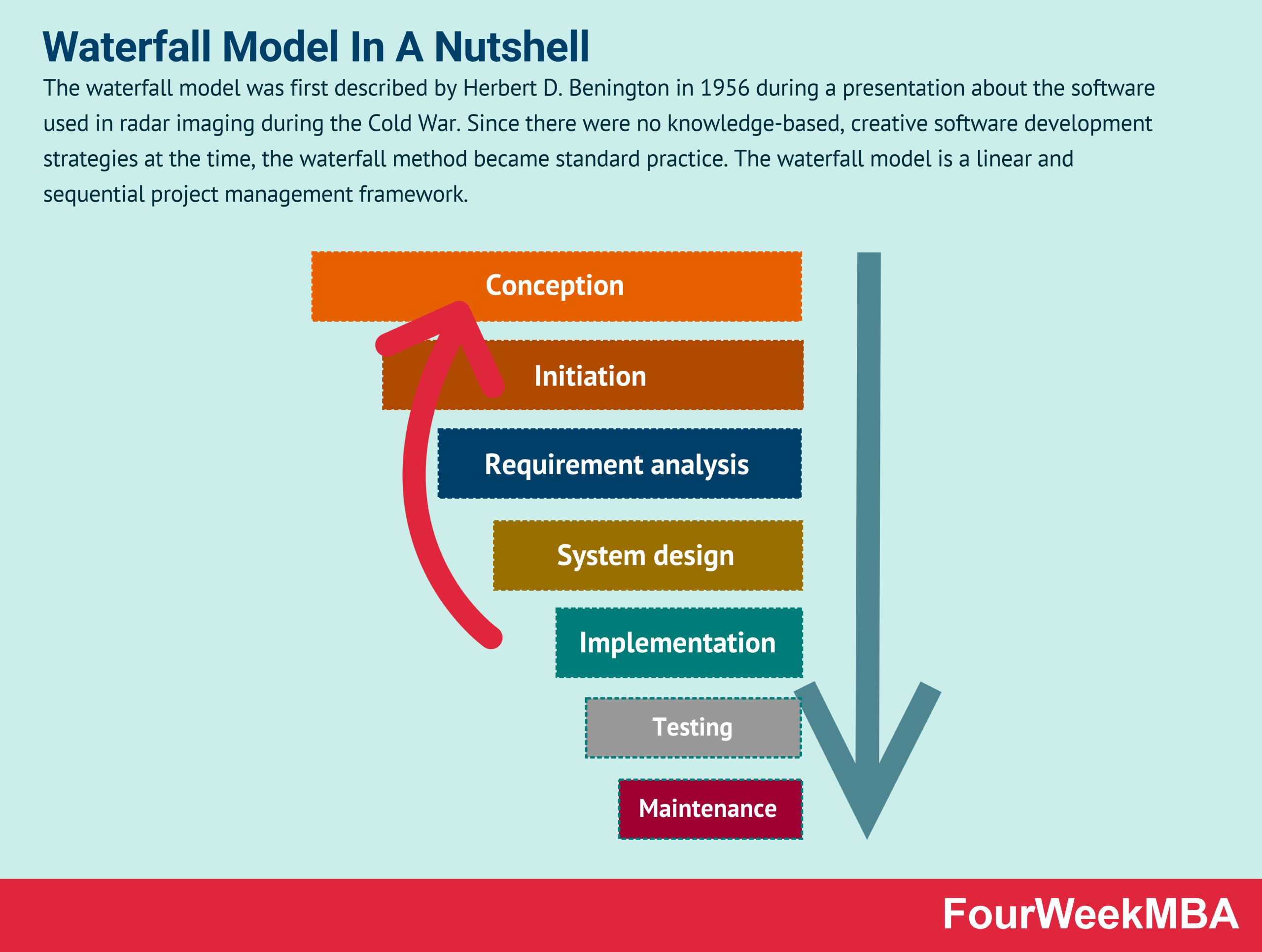 The waterfall model was first described by Herbert D. Benington in 1956 during a presentation about the software used in radar imaging during the Cold War. Since there were no knowledge-based, creative software development strategies at the time, the waterfall method became standard practice. The waterfall model is a linear and sequential project management framework.

Fourteen years later, American computer scientist Winston Walker Royce published the first formal diagram of the process which would later become known as the waterfall model. Royce suggested that Benington’s model was flawed because testing only happened at the end of the process. To address potential sources of failure and mitigate risk, he introduced five steps where progress flows from the top to the bottom like a waterfall.

As significant as the contributions of Bennington and Royce were, it is important to note that neither used the term waterfall to describe their work. That distinction goes to Bell and Thayer, who mentioned the term in a 1976 paper titled Software Requirements: Are They Really A Problem?

Despite the recent popularity of more iterative agile methods, the waterfall method is still relevant today – particularly for large internal projects that do not benefit from rapid customer feedback or the strict control of materials or distribution. Furthermore, the model is relatively easy to implement and manage and follows the same sequential steps for each project. With start and end points clearly defined, project risks, deadlines, and progress are easily communicated to the relevant stakeholders.

The seven phases of the waterfall model

The number and indeed the nature of waterfall model phases varies according to the particular interpretation, business, or industry.

Regardless of the context, each phase in the model is completely dependent on the previous one and must be completed, reviewed, and approved before the next phase can begin.

The seven phases, with a particular focus on software development, include: