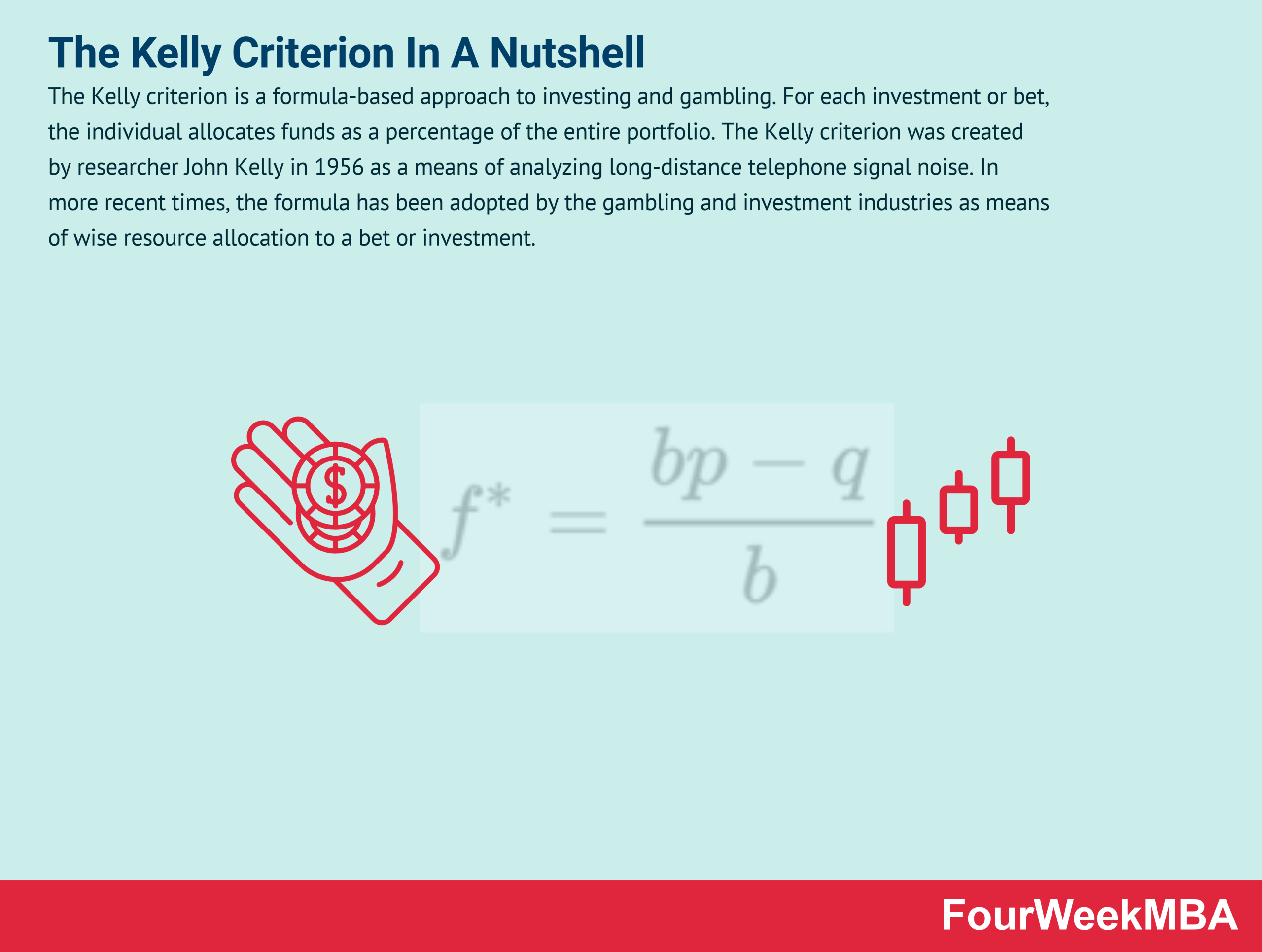 The Kelly criterion is a formula-based approach to investing and gambling. For each investment or bet, the individual allocates funds as a percentage of the entire portfolio. The Kelly criterion was created by researcher John Kelly in 1956 as a means of analyzing long-distance telephone signal noise. In more recent times, the formula has been adopted by the gambling and investment industries as means of wise resource allocation to a bet or investment.

In each example, the goal of the gambler or investor is to grow their capital.

According to the Kelly criterion, the amount of money invested should be proportional to the knowledge of the bet or investment itself.

The Kelly criterion is expressed by the formula:

When interpreting the f* value, multiply it by 100 to get the percentage of total funds that should be risked. For example, if f* = 0.17 then the total percentage of funds allocated should be 17%.

Earlier, it was stated that knowledge of the bet was proportional to the amount of money invested in that bet.

This begs the question: how is knowledge obtained and what does it constitute?

The Kelly criterion defines knowledge as the perceived edge, itself defined as a betting advantage gained from exploiting bookmaker margins or possessing proprietary knowledge.

However, it is important to note that the formula is not foolproof. While it does define the point of maximum portfolio growth, the f* value is calculated from real-world probabilities that are best estimates only. Invariably, factors that influence the probability of winning are complex, obscured, or hard to define.

To reduce variance, many choose to estimate returns that are 30 to 50% of the calculated f* value. This is known as a safety margin, where risks are assumed to be higher than stated.

Other limitations of the Kelly criterion include: