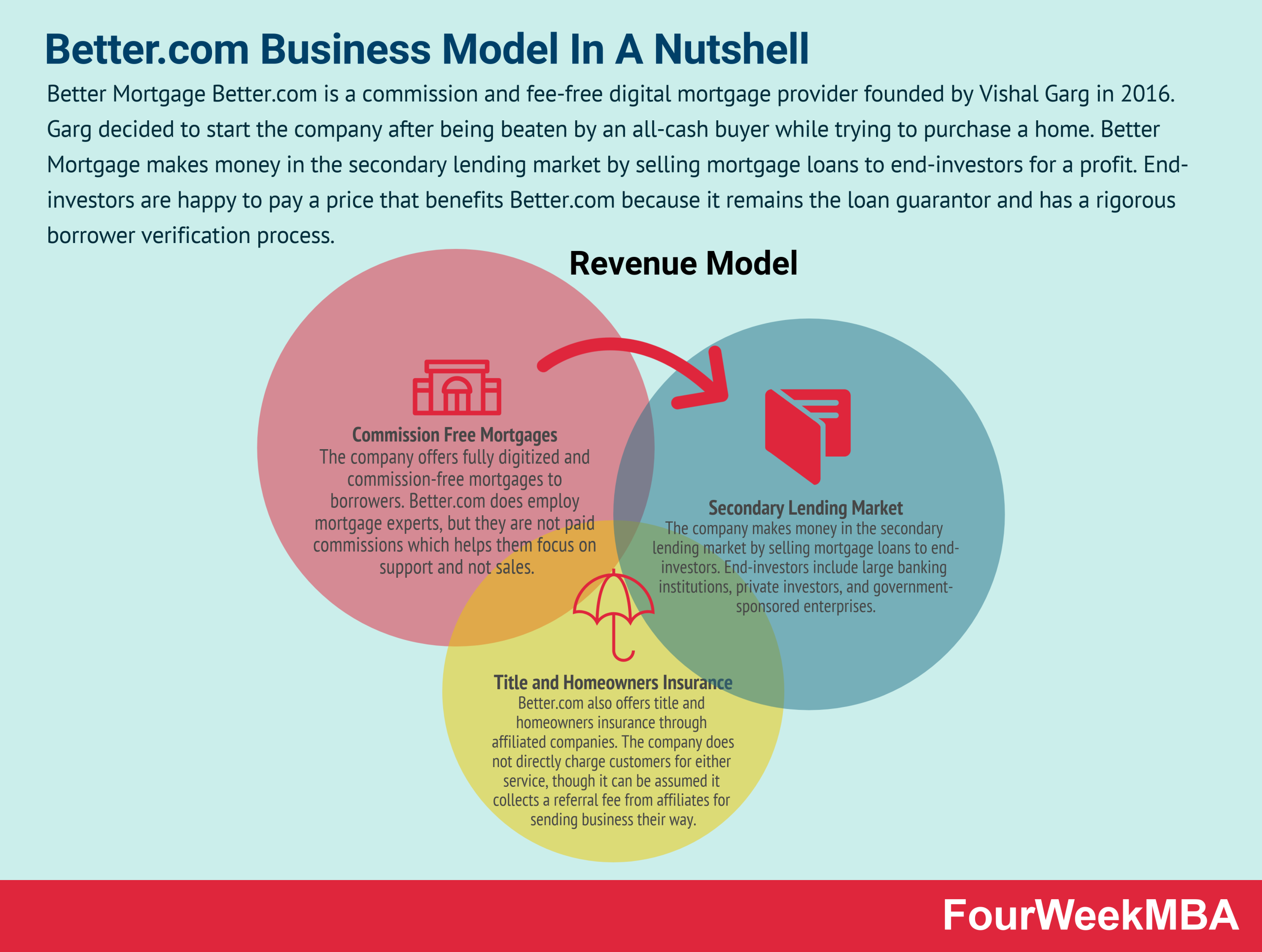 Better.com is a commission and fee-free digital mortgage provider founded by Vishal Garg in 2016.

Garg decided to launch the company after becoming frustrated at trying to buy a house and secure a mortgage with a traditional lender. In an interview, he noted that “from beginning to end, the whole ordeal was eight weeks – and three of them were spent just trying to get pre-approved. My wife and I were young professionals and very qualified, but after all of that time, we were beaten by a competing buyer who was able to move more quickly with an all-cash offer. I realized then that the entire mortgage industry was outdated and inefficient, and if it was that bad for someone like me with access to capital, I couldn’t imagine how hard it might be for others.”

To disrupt the $33 trillion housing industry, Garg began assembling a team of brilliant and mission-driven partners from leading tech, marketing, and finance companies in 2013. The team worked hard over the next few years to re-engineer and then digitize the entire mortgage application process.

Better.com was eventually launched in January 2016 with backing from Goldman Sachs and Kleiner Perkins. The platform allows borrowers to receive rate quotes, apply for loans, and sign important documents online. Instead of taking three weeks, borrowers can be pre-approved in as little as three minutes – allowing them to better compete with all-cash buyers.

In 2018 and 2019, the company began offering title insurance, homeowner insurance, and brokerage services to help borrows save money. During the first quarter of 2021, Better.com funded over $14 billion in loans and employed over 6,000 personnel worldwide.

As noted in the previous section, the company offers fully digitized and commission-free mortgages to borrowers. Better.com does employ mortgage experts, but they are not paid commissions which helps them focus on support and not sales.

Better.com essentially acts as a middleman between the borrower and the end-investor. The company holds the original mortgage for a month or so and then sells the loan to an end-investor for a profit. Since this margin is paid for by the end-investor, Better.com can offer more attractive mortgage rates to its customers.

What’s more, end-investors are attracted to Better.com customers because the company has a robust vetting process and the company remains the loan guarantor even after the mortgage has been sold. Since the end-investor is not liable if a borrower defaults on their mortgage, they  are happy to pay a price that is more profitable for Better.com.

The company does not directly charge customers for either service, though it can be assumed it collects a referral fee from affiliates for sending business their way.

How Does Venmo Make Money