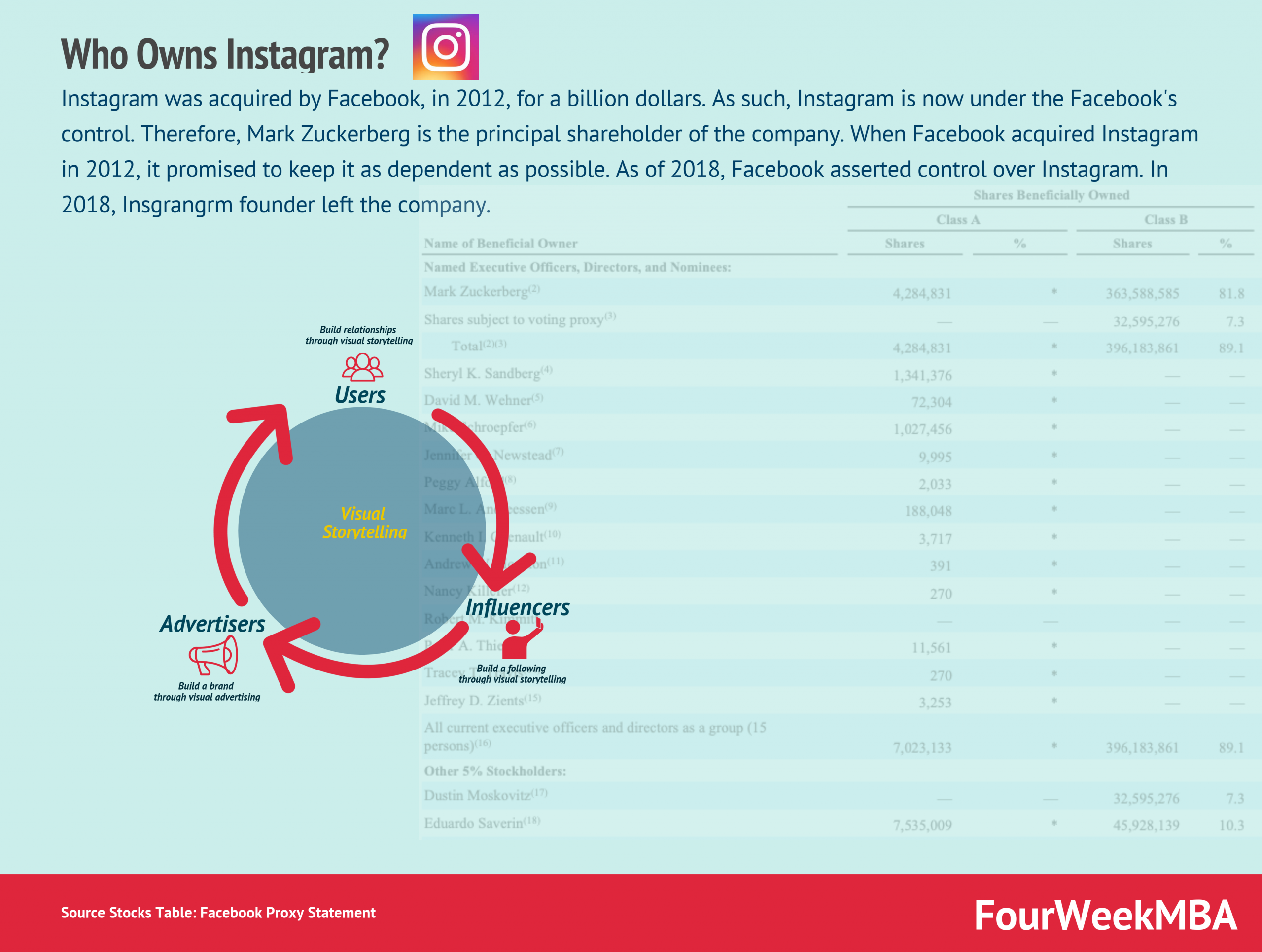 Facebook acquired Instagram for $1 billion in 2012. As pointed out by the NY Times at the time “It’s a notable move for Facebook, which has exclusively focused on bite-size acquisitions, worth less than $100 million.”

At the time Facebook wasn’t that strong on mobile, and the move to acquire Instagram made perfect sense from that standpoint. As pointed out by Mark Zuckerberg at the time:

That’s why we’re committed to building and growing Instagram independently. Millions of people around the world love the Instagram app and the brand associated with it, and our goal is to help spread this app and brand to even more people.

However, over the years Mark Zuckerberg took more and more control over th business strategy of Instagram, until its founder left the company, by 2018 as recounted in the Instagram Business Model.

No doubt that by then Instagram had become such an important asset for Facebook that Zuckerberg felt the pressure of asserting more control over it.

By 2018, Instagram would be the primary driver of Facebook revenues (driven by mobile advertising) and a key player in the digital advertising industry.

Following Facebook business model, Instagram is an attention-based business model, which key stakeholders are its power users (the so-called influencers) and its massive user base.

Revenue is generated through selling advertising on the platform.