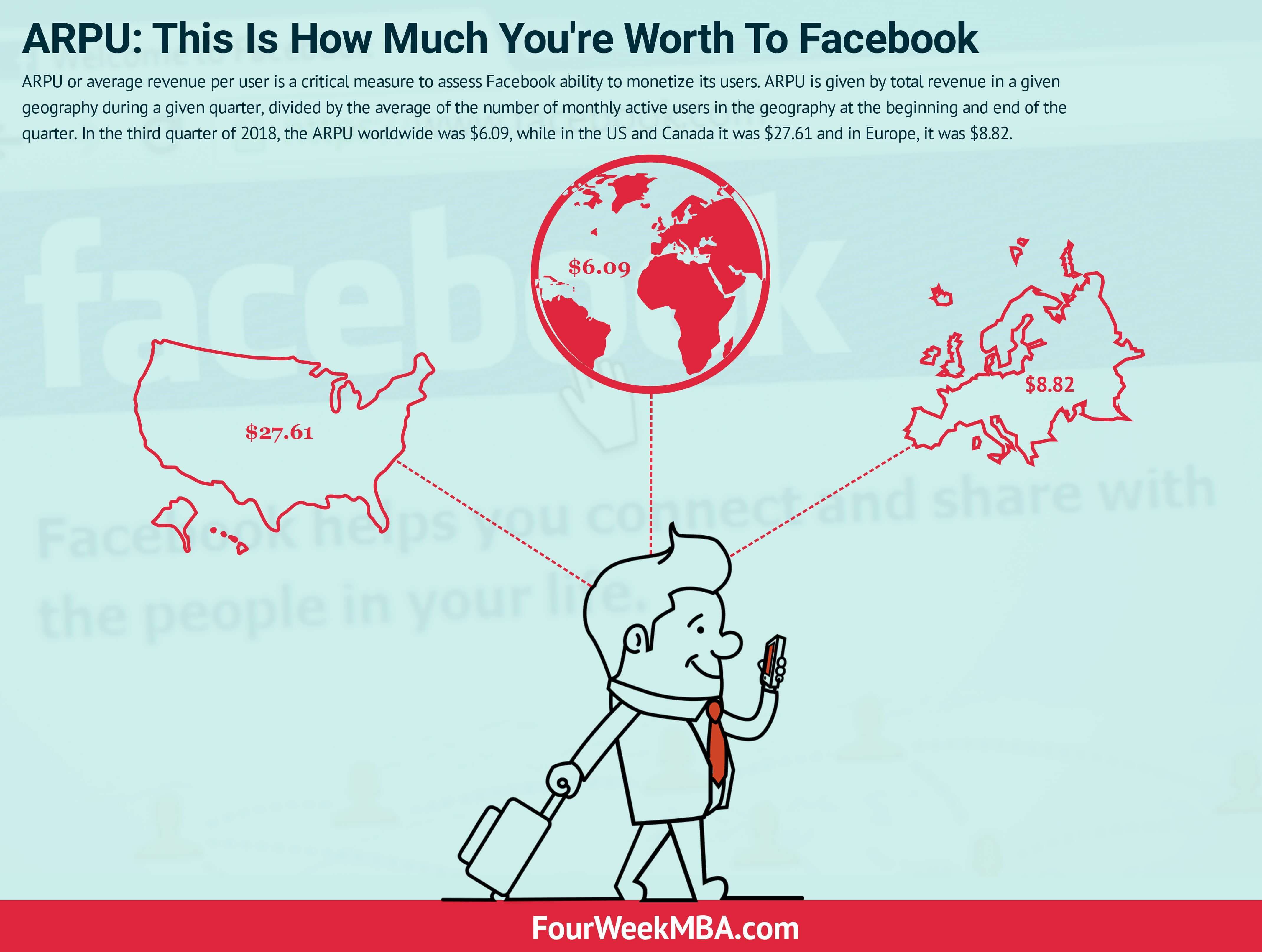 ARPU or average revenue per user is a critical measure to assess Facebook ability to monetize its users. ARPU is given by total revenue in a given geography during a given quarter, divided by the average of the number of monthly active users in the geography at the beginning and end of the quarter.

As specified on Facebook financials “this is calculated by computing revenue by user geography based on our estimate of the geography in which ad impressions are delivered.”

Important Note: It is important to notice that as reported on Facebook financials “ARPU includes all sources of revenue, the number of MAUs used in this calculation only includes users of Facebook and Messenger as described in the definition of MAU above.” That means the metric might be biased in favor of Facebook, as it comprises all the sources of revenues (comprising Instagram and WhatsApp). This implies that in part the monetization ability of Facebook might also be due to the increase in revenues from other platforms such as WhatsApp and Instagram. We can’t know for sure as this is not broken down in Facebook financials.

Why ARPU is a critical metric for Facebook financial success

As an attention merchant, Facebook has to make sure to have its users to go back to the platform. Indeed, attention harvesting and the ability to sell it back advertisers and marketers is the Facebook primary business model. That is also why is critical to monitor the ARPU to understand how its business model is evolving.

This means that Facebook can monetize its users at a growing rate. Which might be due to several reasons: for instance, an increase in ad spending, a larger marketers base, and better engagement rates of users all affect the ARPU. At the same time, the fact that Facebook might be monetizing other platforms such as Instagram and WhatsApp might also affect that.

Warning: ARPU is not how much your data is worth

The New York Times made over $1.6 billion in revenues in 2017. Its monetization strategies based on both subscription (both...