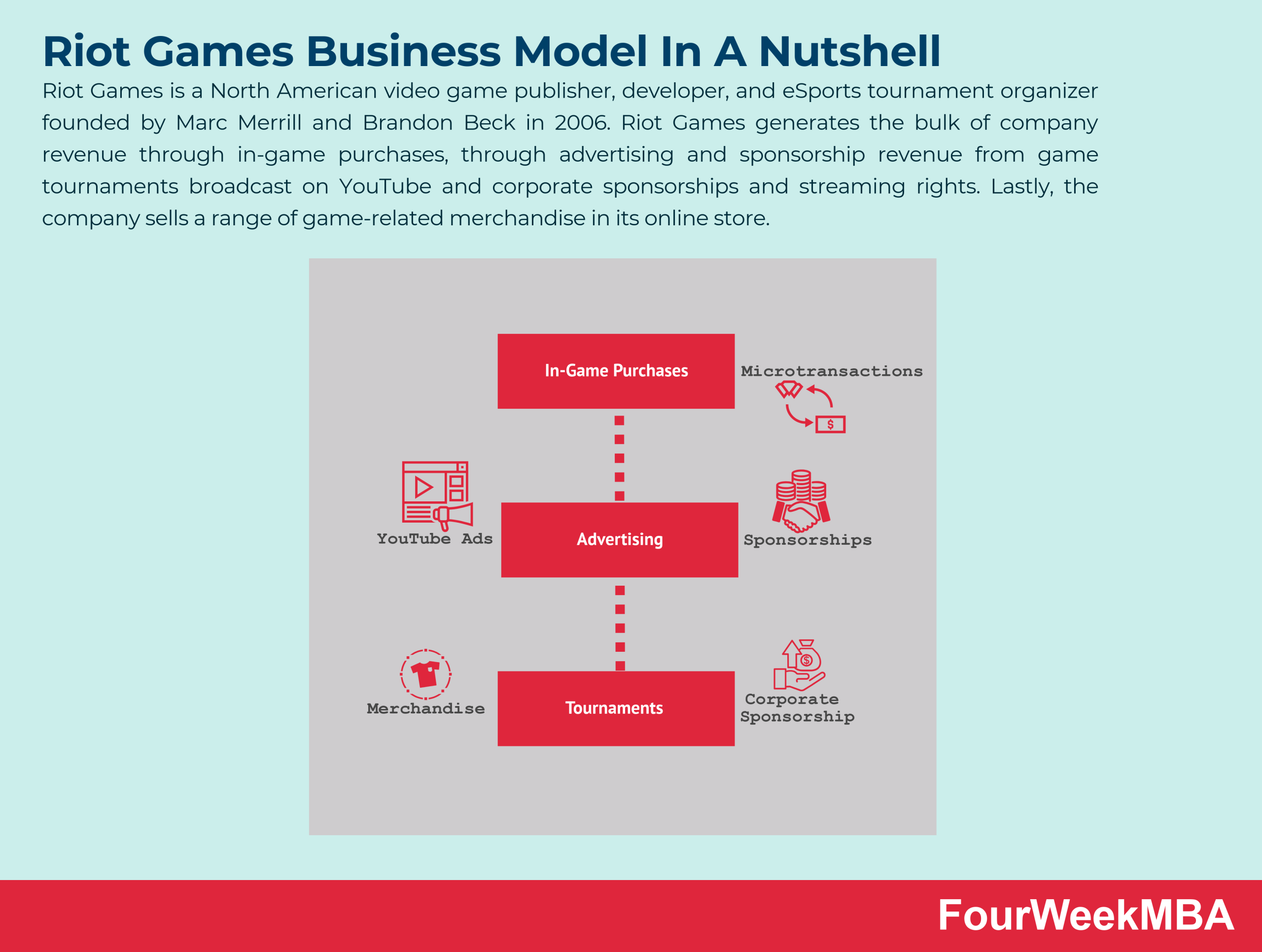 Riot Games is a North American video game publisher, developer, and eSports tournament organizer. The company was founded in September 2006 by Marc Merrill and Brandon Beck to develop the online multiplayer game League of Legends.

Merrill and Beck were college friends at the University of Southern California who bonded over their love of video games. Post-graduation, the two moved into an apartment together where they discussed the idea of creating their own game. They were particularly inspired by a popular modification of Warcraft III, which was created and maintained by fans but lacked polish and was difficult to find and set up.

Riot games opened its first office under a freeway overpass after receiving $1.5 million in funding from angel investors and family members. The co-founders then made several hires, hosting DOTA tournaments at the university to recruit students who were interested in doing game design or quality assurance work. Initial attempts to pitch League of Legends were unsuccessful because publishers were confused by the free-to-play business model and the absence of a single-player mode.

The game was finally released in October 2009 after six months of beta testing, with expansion into Europe following soon after. The company posted revenue of $85.8 million just two years later, with Chinese giant Tencent taking a 93% stake for $400 million. Merrill and Beck accepted the deal on the proviso that they could operate independently and realize their vision.

In October 2019, Riot games announced several new games, including League of Legends: Wild Rift, Legends of Runeterra, and a standalone version of Teamfight Tactics from the original game. The company also operates global eSports leagues, including the League of Legends Championship Series with more than 100 teams across 14 regional leagues competing to become world champions.

In-game purchases generate the most revenue for Riot Games. These so-called microtransactions earn the company approximately $31 a second, or $2.64 million a day.

Microtransactions are such a lucrative source of income because the company has avoided the temptation to make these purchases necessary to winning its games. Instead, microtransaction purchases allow users to cosmetically enhance game characters or unlock new ones.

League of Legends is also one of the most-watched games on YouTube, with approximately 14 million channel subscribers and billions of views.

Though the company does not utilize YouTube ads to generate revenue, other sponsors in official game videos are clearly visible.

Riot Games sells corporate sponsorships and streaming rights to its eSports tournaments. The company also makes money by selling tickets to individuals who are interested in watching these tournaments live.

Many League of Legends championship teams are owned by investors with significant stakes in MLB and NBA teams, with life coach Tony Robbins and AOL co-founder Steve Case also making significant investments. This franchising model encourages more investment funding in the platform and a better revenue-sharing arrangement between team owners and the company.

To promote its eSports tournaments, Riot Games has also partnered with companies such as Nike and Coca-Cola to develop a range of branded merchandise.