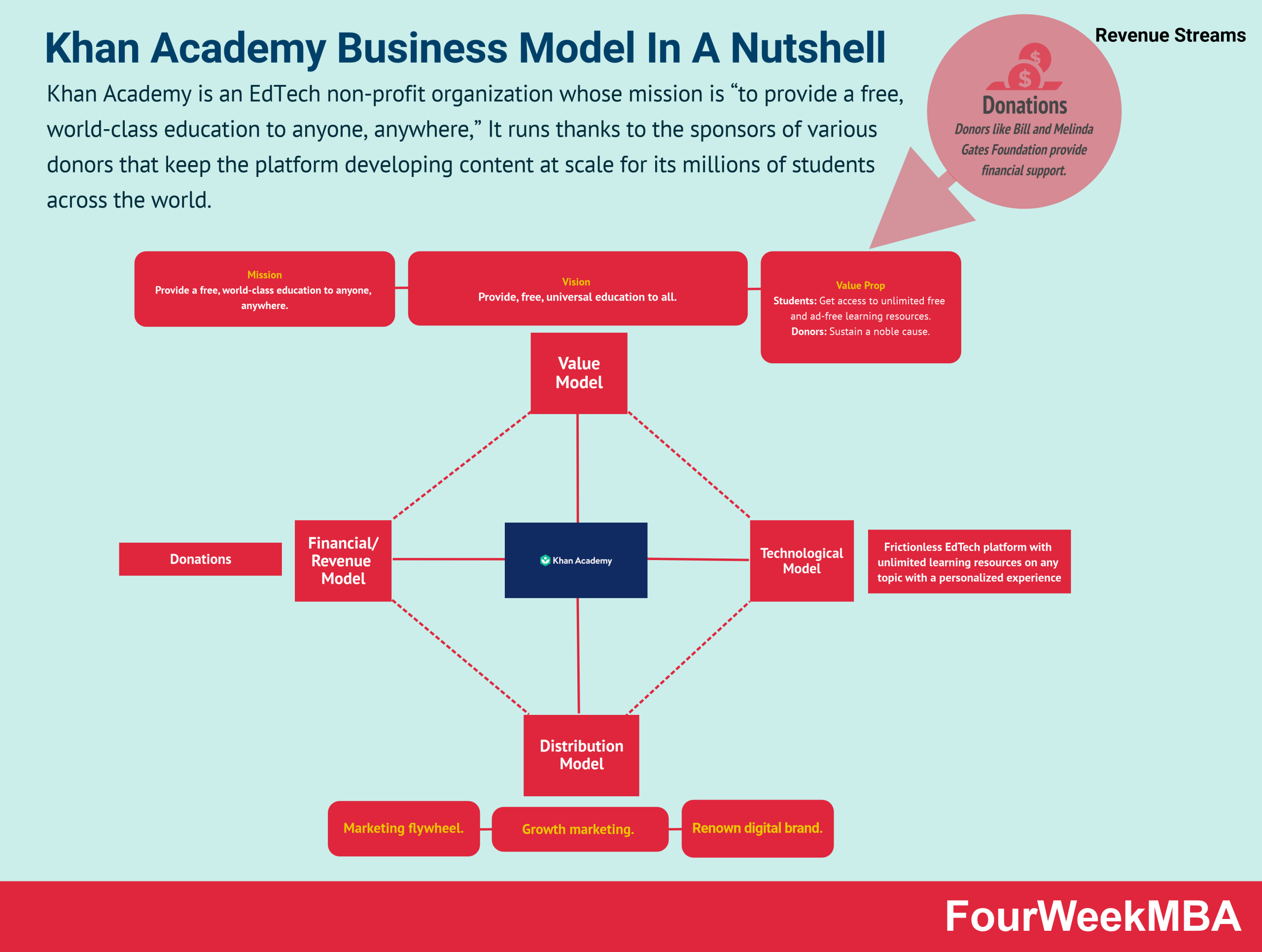 Khan Academy is an EdTech non-profit organization whose mission is “to provide a free, world-class education to anyone, anywhere,” It runs thanks to the sponsors of various donors that keep the platform developing content at scale for its millions of students across the world.

Khan Academy is an American non-profit educational organization founded by Salman Khan in 2006.

Khan Academy mission is “to provide a free, world-class education to anyone, anywhere.” In a 2011 TED Talk Khan explained its mission and how Khan Academy got started.

Previous to the formation of the organization, Khan was an analyst for an Hedge Fund in Boston and in his spare time also a mathematics tutor for several family members (small cousins) in New Orleans. Due to increased demand for his tutoring service, he began to upload YouTube video tutorials using the drawing application SmoothDraw.

Khan realized that his video tutoring uploaded on YouTube actually were more effective and more interesting to his own cousins, and from there the idea to scale this up, to make it become one of the most popular e-learning platforms on earth.

A few years later, Khan was able to quit his job and devote more time to creating online educational content. The Khan Academy now offers a range of video content in the form of short lessons and also provides supplementary exercises and materials for educators.

The Khan Academy was funded directly by Salman Khan himself for the first four years of operation.

During the fourth year, the academy attracted its first major donation – a $100,000 grant from philanthropist Ann Doerr. This donation made the Khan Academy appear more legitimate, and Khan was able to combine this with his background in finance to pitch other wealthy philanthropists.

In the next 12 months, Khan would secure almost $4 million in donations.

As noted in the previous section, Khan Academy is a non-profit organization. It is mostly funded by donations from individuals and organizations.

Some of the more notable donors include:

In addition to accepting donations from philanthropists, the Khan Academy also accepts charitable donations on its website.

In 2016, Khan Academy partnered with the Bank of America to produce educational videos for aspiring professionals. This partnership aims to help the next generation learn personal budgeting skills and prepare for college.

The partnership is a mutually beneficial arrangement for both the Bank of America and Khan Academy. The former will get its brand in front of millions of young Americans. The Khan Academy also stands to benefit from the continued support of the Bank of America. Although it cannot accept a commission for sending new business to the banking institution, it can and does accept remuneration in the form of charitable donations.

Khan Academy also uses prolific content creation to drive revenue. It does not collect money from YouTube advertisements, but the videos are nevertheless watched by millions of people daily.

As of the time of writing, the Khan Academy has 6.48 million subscribers on YouTube. While exact figures are unknown, even a 5% donation rate in viewers would likely represent a significant sum of money for the organization.