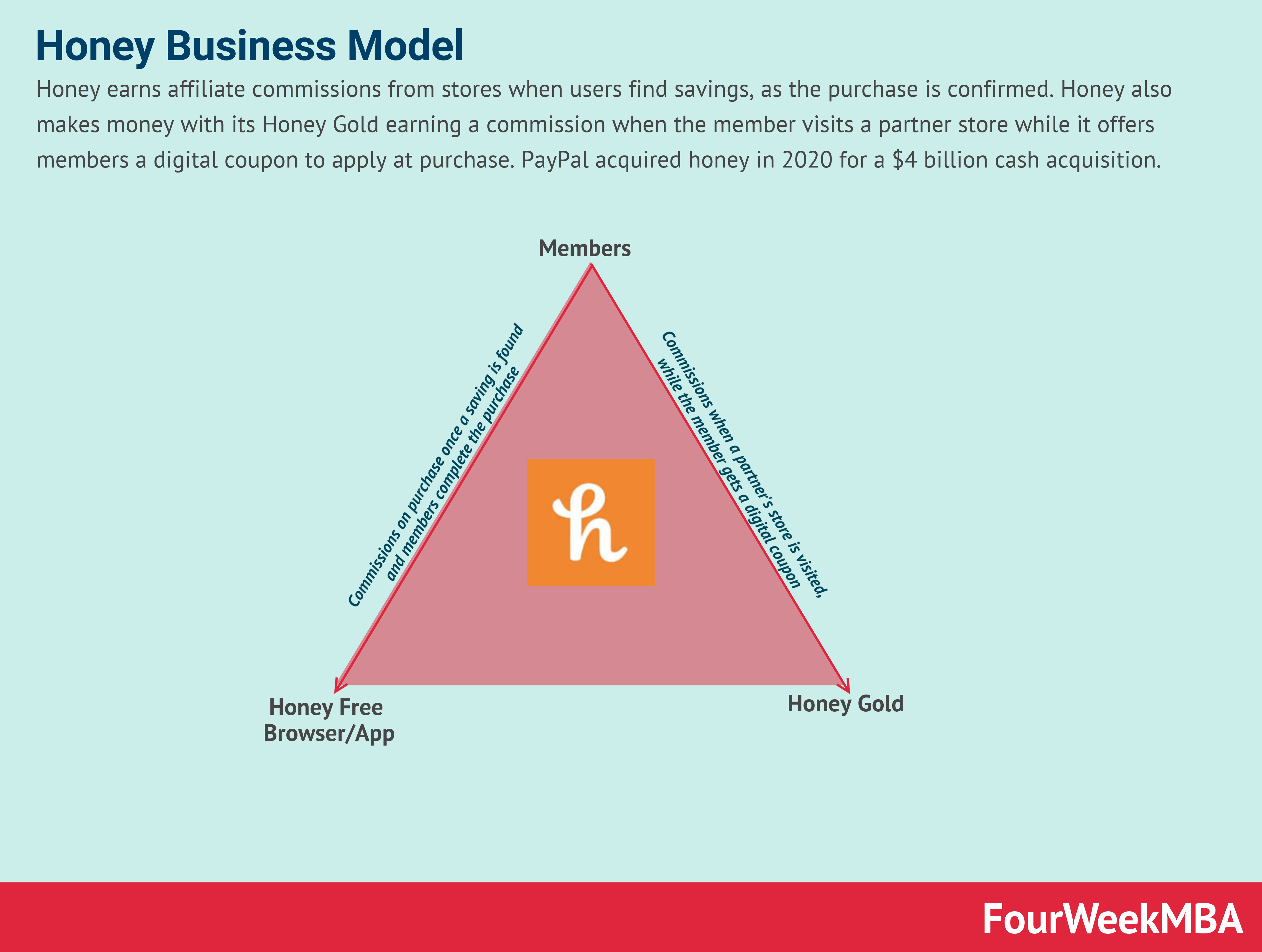 Honey earns affiliate commissions from stores when users find savings, as the purchase is confirmed. Honey also makes money with its Honey Gold earning a commission when the member visits a partner store while it offers members a digital coupon to apply at purchase. PayPal acquired honey in 2020 for a $4 billion cash acquisition.

So he thought, “Why can’t I just automate the process?” As an engineer, that was a normal thought process. As the story goes, as Ryan Hudson put the kids to bed, he then put together a prototype of the Chrome extension to solve this problem.

Ryan Hudson and the other co-founder George Ruan, for over two and a half years, had been looking, unsuccessfully for investors, until money run out. Indeed, Hudson also went back to work as a product manager at an ad tech company. And yet, while he returned on Honey, the extension had been growing organically, through a beta testing group.

Until it leaked over Reddit and it started to gain traction. From there it started to grow rapidly on the Chrome’s store, until it reached over five million downloads by 2017.

In 2020, the Honey Chrome extension counted more than 10 million users. This is how a business model was created out of a browser extension.

As reported on the Honey website its mission is to “make the world more fair” as “everyone should have the information they need to make the best decisions with their money.”

As the company explains “We give everyone the tools it takes to find the best savings, perks, and all around value. And we make them free and easy-to-use. So you can always spend with confidence.“

How does Honey work and make money?

The Honey revenue model is organized around earning an affiliate commission from stores when users find savings. As soon as the purchase is confirmed Honey accrues its earnings. Honey also makes money with its Honey Gold where the company earns a commission when the member visits a partner store. While offering its members a digital coupon to apply at purchase in the parters’ stores.

How much is Honey worth?

In January 2020, PayPal completed the acquisition of Honey for $4 billion dollars, paid in cash. As PayPal announced, “the addition of Honey to our platform enables a significant step forward in our commitment to provide powerful services and tools for merchants and consumers, move beyond our core checkout proposition and significantly enhance the shopping experience for our 300 million consumers and merchants.”

What made Honey so interesting to PayPal? There are several elements but one in particular. Payment processing companies like PayPal usually intervene in the customer journey only at the end. They don’t have much data or control over the previous journey those people had.

Honey gives the chance to PayPal to have more information about also the deal discovery journey, thus potentially giving it an edge over other payments processing players.

How Does Craigslist Make Money? Craigslist Business Model In A Nutshell

Craigslist is a local posting website that enables people to post any sort of classifieds on the platform, mostly for...