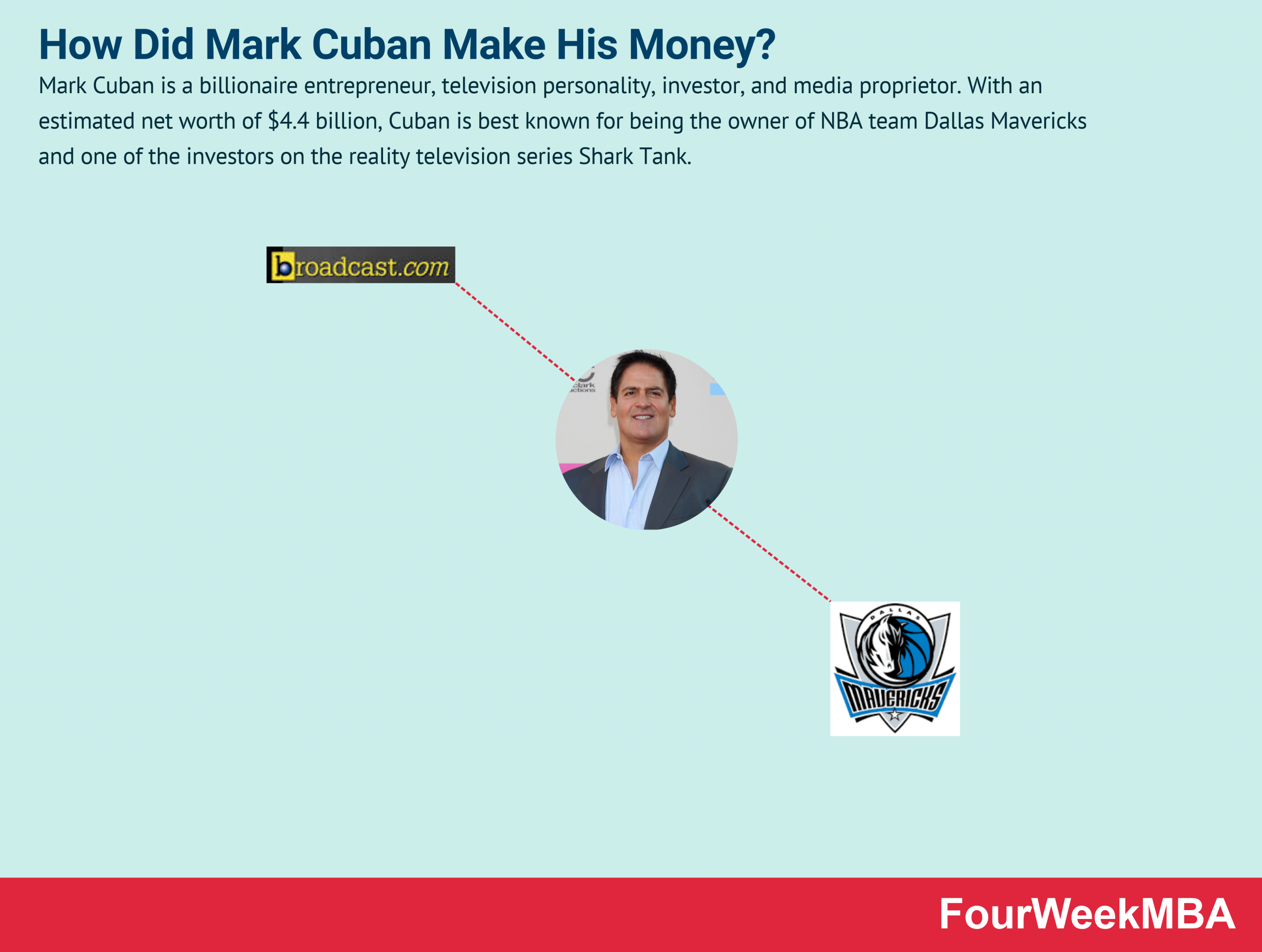 Mark Cuban is a billionaire entrepreneur, television personality, investor, and media proprietor. With an estimated net worth of $4.4 billion, Cuban is best known for being the owner of NBA team Dallas Mavericks and one of the investors on the reality television series Shark Tank.

Cuban was born on July 13, 1958, and grew up in the Jewish working-class neighborhood of Mount Lebanon, Pittsburgh.

At age 12, he vividly remembers asking his father for a new pair of expensive basketball shoes. “Those shoes on your feet look like they’re working pretty well. If you want a new pair of sneakers, you need a job and you can go buy them”, his father replied. To fund his endeavor, he sold packs of garbage bags to neighbors for a profit of $3 per bag.

Four years later, he took advantage of a newspaper strike by purchasing newspapers from Cleveland and selling them in his local area until the strike was over.

In college, Cuban would meet his tuition costs by offering dance classes on an hourly basis. In 1981, he graduated from the Kelley School of Business with a degree in Business Administration.

Cuban had a brief stint back in Pittsburgh working in the finance industry but moved to Texas with friends after becoming dissatisfied with life in Pennsylvania.

In Texas, he eventually founded MicroSolutions, a software company in fierce competition with a firm he had been fired from a few months earlier. After building an impressive client list, Cuban sold the company in 1990 for $6 million to H&R Block subsidiary CompuServe.

Content, he decided to retire soon after at the age of 32.

Cuban was immediately interested after hearing the pitch, investing $10,000 and running operations alongside university friend Todd Wagner. In 1998, Wagner and Cuban bought out Jaeb and renamed the company Broadcast.com. After holding an IPO in November of the same year, the pair became instant multi-millionaires.

Just nine months later at the height of the dotcom bubble, Yahoo acquired Broadcast.com in an all-stock deal for $5.7 billion. Cuban sold most of his Yahoo stock in 1999 for over $1 billion.

With the proceeds from the sale of his Yahoo shares, Cuban has made multiple successful investments in the past two decades.

How Does CNN Make Money? The CNN Business Model In A Nutshell

Cable News Network (CNN) is a news-based pay television channel headquartered in Atlanta, Georgia. As a cable channel, first and...