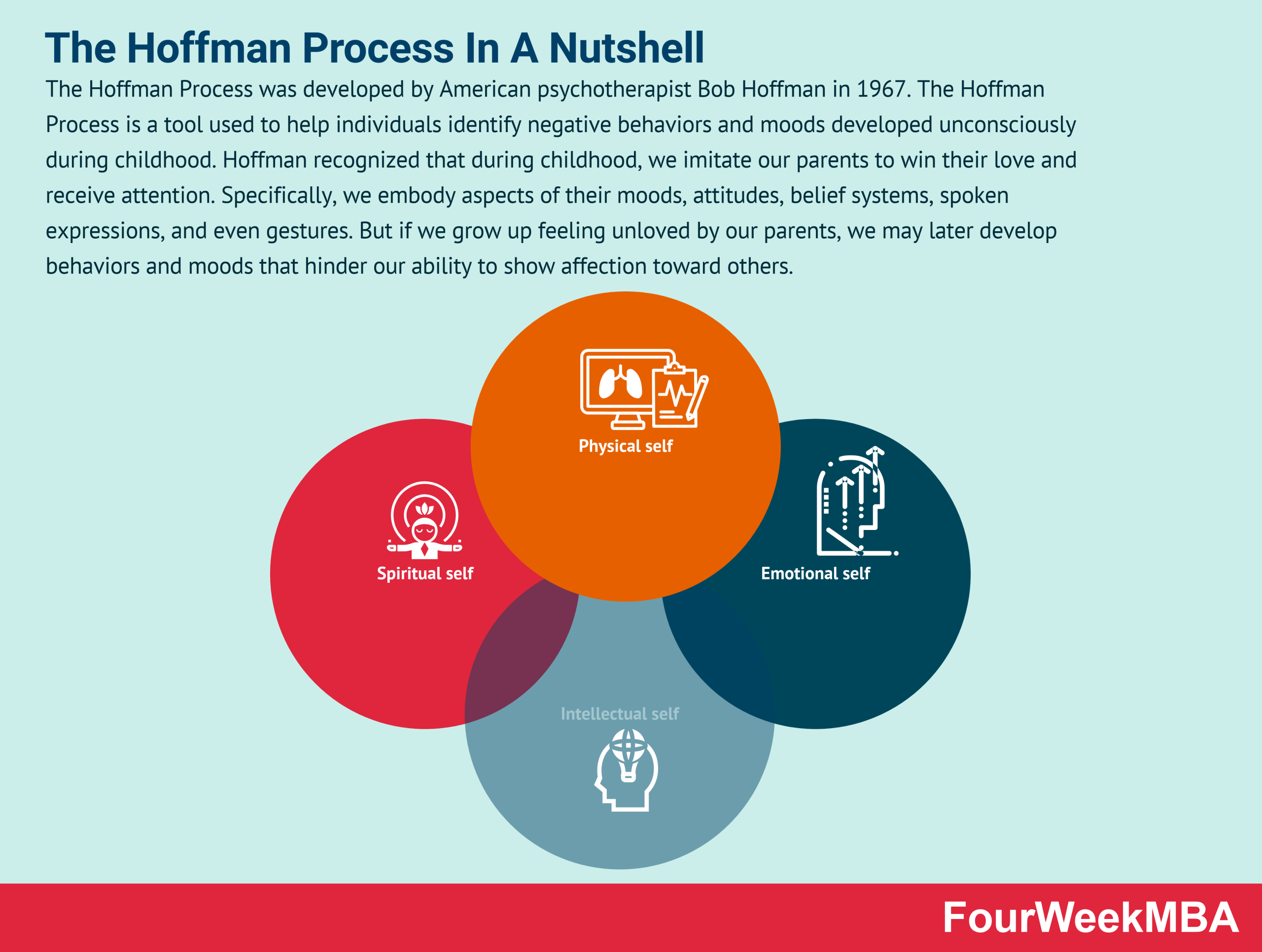 The Hoffman Process was developed by American psychotherapist Bob Hoffman in 1967. The Hoffman Process is a tool used to help individuals identify negative behaviors and moods developed unconsciously during childhood. Hoffman recognized that during childhood, we imitate our parents to win their love and receive attention. Specifically, we embody aspects of their moods, attitudes, belief systems, spoken expressions, and even gestures. But if we grow up feeling unloved by our parents, we may later develop behaviors and moods that hinder our ability to show affection toward others.

To counter this situation, Hoffman believed love was the answer. He began creating the Hoffman Process by asking clients to write emotionally charged accounts of their lives from birth to puberty. He then looked at the negative emotional traits exhibited by both parents, who had subconsciously adopted the same negative traits from their own parents.

This notion of intergenerational pain, or negative love, is fundamental to the Hoffman Process. While parents are certainly guilty of transferring negative love to their children, they are not to be blamed because they were once children themselves and in the same situation. This rather deep level of understanding encourages Hoffman Process participants to forgive their parents and have compassion for their shortcomings.

The Hoffman Process is typically taught during a multiday personal growth retreat, with more condensed programs offered online. Participants are given a safe environment to confront and experience their childhood pain using guided visualizations, journaling, and expressive work such as drawing. Ultimately, the process helps each individual discover, isolate, and resolve negative conditioning and rediscover their self-confidence and self-esteem.

The four aspects of self in the Hoffman process

The four aspects of self, which Hoffman called The Quadrinity, is a framework for understanding human behavior.

Each aspect is interrelated and forms part of a complex interactive system, helping participants identify and then disconnect with negative patterns of behavior on the emotional, intellectual, physical, and spiritual levels.

By the end of the Hoffman Process, responding to situations with habitual ways of operating are replaced with conscious and reasoned choice.

The four aspects are: