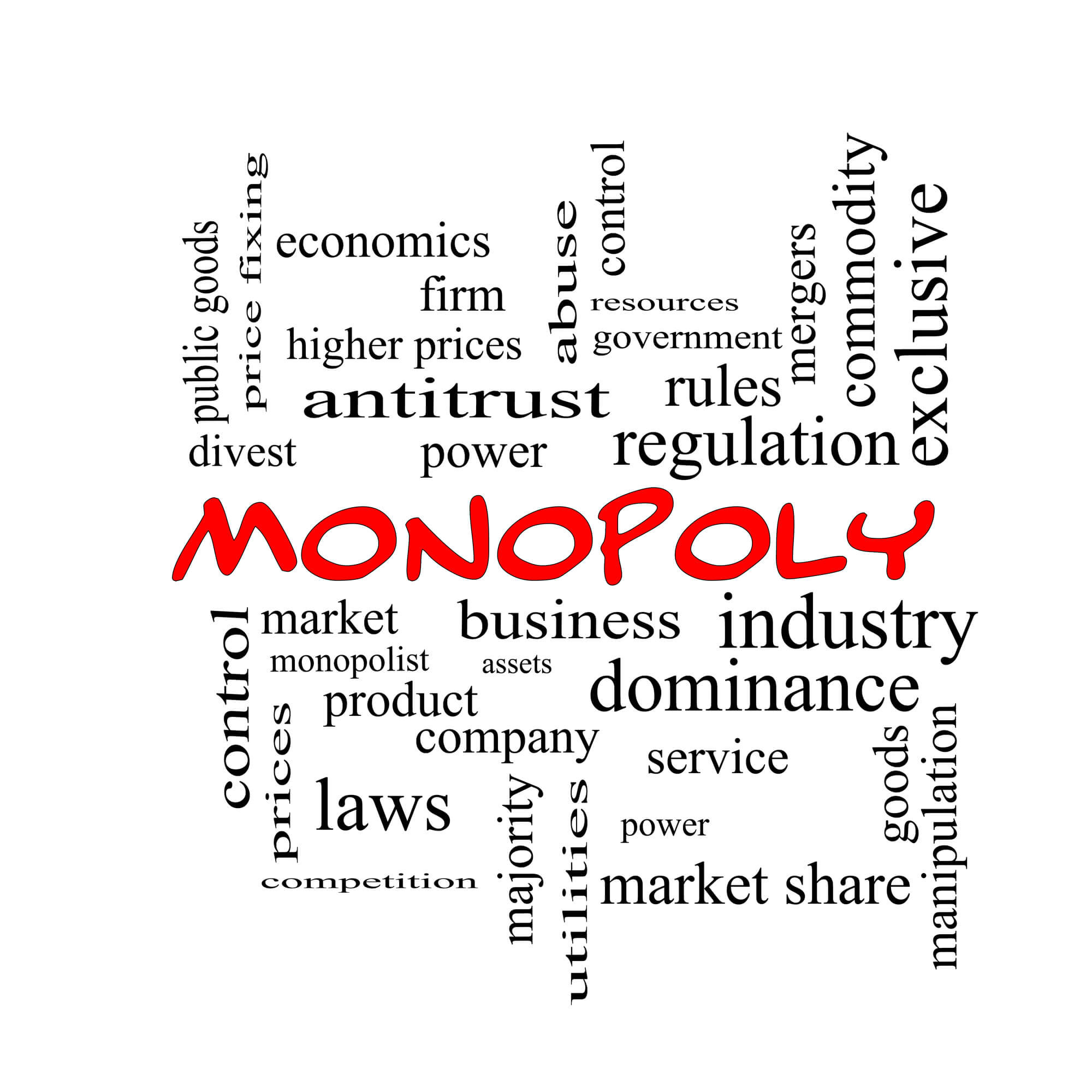 Google controls more than 90% of the search industry market share worldwide. Thus, it is a monopolist in that industry. However, if we look at the digital advertising market share in the U.S. which is what generates revenues for Google. Combined with Facebook, those accounted for 73% according to cnbc.com. Thus, representing a duopoly.

How do you assess a monopoly?

A monopoly is a situation in which one player controls the whole market in a particular industry.

That means the monopolist can prevent competition out as it can charge high prices without losing market shares.

Or it can leverage its market dominance to prevent others from entering the market.

Assessing whether Google is a monopoly is a matter of perspective! For instance, economicsdiscussion.net uses three methodologies to determine a monopoly:

That is represented by “the fraction of total market sales controlled by the largest group of sellers.“

The formula used in this case is (P-MC) / P. Where MC is the marginal cost. According to this view in a situation of perfect competition, the price charges is equal or close to MC so that the result would be zero, thus no monopoly.

Where MC becomes 0, then the effect becomes 1. In this scenario, you have a monopoly.

For the sake of simplicity, we’ll look at the net market share of Google in the search industry but also at the Google market share in the industry that allows Google to pay the bills: the digital advertising industry.

If you look at the search industry Google monopolized the market. It doesn’t matter from which perspective you look at.

According to gs.statcounter.com Google retains more than 90% of the worldwide search market share:

You should not be surprised as Google has been keeping a dominant position for a long time.

However, even though Google is a search engine, it monetizes through a hidden revenue business model based on advertising.

So what about that?

Google and Facebook: the duopoly of the digital advertising industry

If we change perspective and look at the advertising industry, it’s hard to believe that Google is a monopoly.

However, if we look at the digital advertising industry Google and Facebook combined have a dominant position.

As reported by cnbc.com “new data suggests that the two tech giants accounted for 73% of all U.S. digital advertising, according to Pivotal’s Brian Wieser in a note to clients, up from 63% in the second quarter of 2015.”

That means we can’t call it a monopoly but a duopoly.

Understanding market dominance can be a matter of perspectives

We’ve seen how assessing a monopoly can be a matter of perspective. If we look at the search industry market share, Google is a monopolist. However, if we look solely at the digital advertising industry, Google together with Facebook control the market!

The Rise of the Subscription Economy

In this blog, we covered in-depth the rise of the subscription business model as the dominant model in the tech...