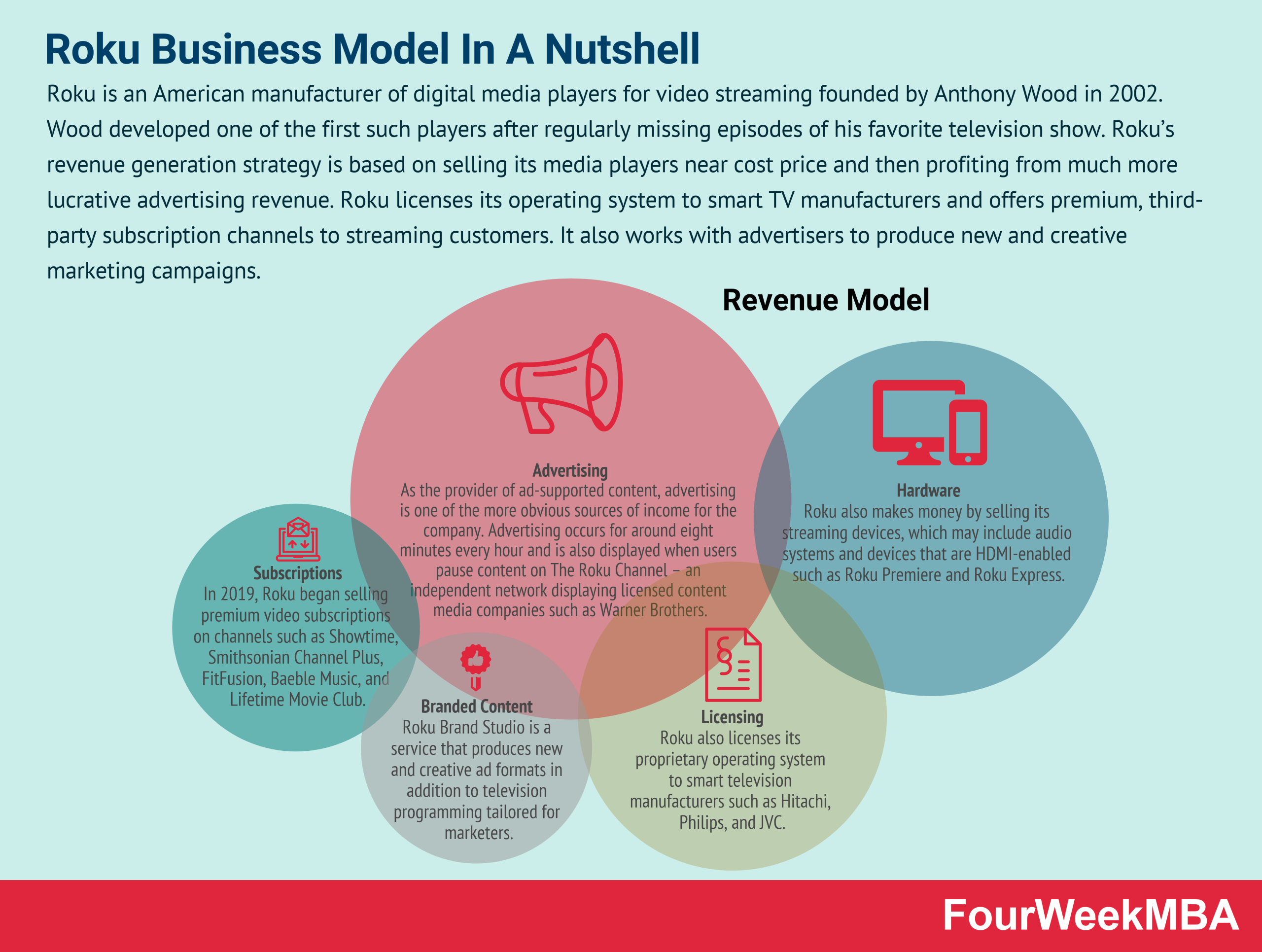 Roku is an American manufacturer of digital media players for video streaming founded by Anthony Wood in 2002. Wood named the company after the Japanese word for six – roku – because it was the sixth company he had founded to date.

Some years earlier, Wood developed one of the first-ever digital video recorders after becoming frustrated at regularly missing episodes of Star Trek: The Next Generation. The recorder was released in 1999 under the brand name ReplayTV, but poor sales and litigation from television networks forced Wood to sell the technology to Japanese electronics giant D&M Holdings.

Undeterred, Wood began developing the Roku media player most recognize today. He pestered Netflix CEO Reed Hastings for a month to let him develop a streaming video box, but Hastings would only develop such a box in-house. As a result, Wood took a part-time job to create the device at Netflix while remaining CEO of Roku.

Nine months later, Hastings spun out the media player division to Roku after discovering consumers wanted a box that could stream more than just Netflix alone. Wood received the unfinished device, patents, and control over 20 to 30 Netflix employees. In return, Netflix received 15% of Roku’s equity.

The Netflix Media Player by Roku launched in May 2008 with an attractive price point. Consumers could also add more than 50 channels to the platform, including Major League Baseball and Amazon Video.

Over the following years, Roku positioned itself as an operating system to differentiate itself in an increasingly competitive streaming market. The company entered into deals with high-profile producers such as MGM, Lionsgate, Paramount, and Warners Brothers to show ad-supported content to users free of charge. Importantly, Roku showed up to 50% less advertising than traditional television stations.

Thanks largely to the COVID-19 pandemic, Roku now enjoys around 53.6 million monthly active users. Some 14 million of these were added in 2020 alone.

As the provider of ad-supported content, advertising is one of the more obvious sources of income for the company.

Advertising occurs for around eight minutes every hour and is also displayed when users pause content on The Roku Channel – an independent network displaying licensed content media companies such as Warner Brothers.

Roku then shares a portion of advertising revenue with these media companies.

Roku also makes money by selling its streaming devices, which may include audio systems and devices that are HDMI-enabled such as Roku Premiere and Roku Express.

It’s important to note that Roku sells these products at or near cost price. The devices are simply a way for the company to get its advertising seen by more viewers.

Here, the company makes money whenever a Roku-enabled smart television is sold and activated. The exact commission is undisclosed and likely varies according to the arrangement in place with each manufacturer.

These channels are run by third parties, so Roku earns a commission for every new subscriber it signs up. Again, exact figures are undisclosed –  but some suggest the fee is around 20%.

Roku Brand Studio is a service that produces new and creative ad formats in addition to television programming tailored for marketers.

It is likely that each Roku Brand Studio client compensates Roku depending on the nature of the content created.