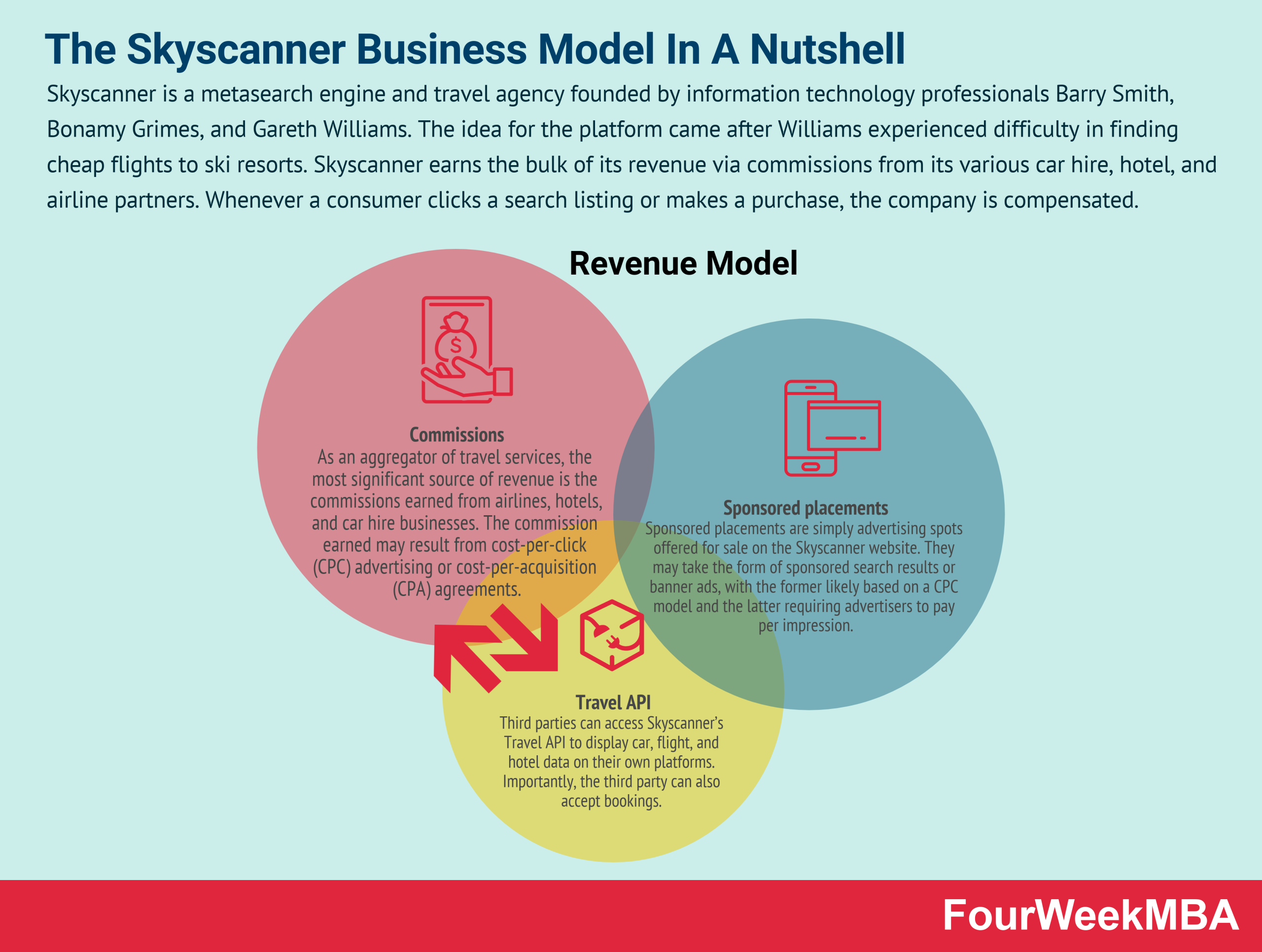 Skyscanner is a metasearch engine and travel agency founded in 2003 by information technology professionals Barry Smith, Bonamy Grimes, and Gareth Williams. The platform, which is available in over 30 languages, enables travelers to research and book travel-related products such as hotels, flights, and car hire.

Williams got the idea for Skyscanner after becoming frustrated while searching for cheap flights to ski resorts. To solve this problem, the trio created a spreadsheet which then turned into a search engine comparing the cost of flights across various airlines.

Over the next decade, the company experienced rapid growth and became one of the go-to online travel sites. In 2011, Skyscanner acquired similar platform Zoombu in the European market. The company then expanded into China by partnering with Baidu, China’s largest search engine. Two years later, a new office was opened in Miami, Florida.

In 2016, Skyscanner raised £128 million in venture capital funding – resulting in the company becoming a rare example of a British start-up unicorn. The platform was then acquired by China’s biggest online travel company Ctrip for $1.74 billion in 2017. However, the platform retained operational independence.

Skyscanner surpassed 100 million monthly active users in late 2019, with the company noting it had put more than 172 million flight passengers in the air during the preceding twelve months.

The Skyscanner platform is available online and through an app, with both free to use for consumers searching for travel deals.

So how does the company make money? Let’s take a look below.

As an aggregator of travel services, the most significant source of revenue is the commissions earned from airlines, hotels, and car hire businesses. The commission earned may result from cost-per-click (CPC) advertising or cost-per-acquisition (CPA) agreements.

Travel organizations compensate Skyscanner every time a consumer clicks on a search result (CPC) or purchases something through the Skyscanner platform (CPA).

Importantly, Skyscanner has entered into various arrangements with leading airlines to allow travelers to purchase airline tickets directly on its platform. For consumers, this eliminates the need to visit individual airline websites or travel agencies.

Sponsored placements are simply advertising spots offered for sale on the Skyscanner website.

They may take the form of sponsored search results or banner ads, with the former likely based on a CPC model and the latter requiring advertisers to pay per impression.

Third parties can access Skyscanner’s Travel API to display car, flight, and hotel data on their own platforms. Importantly, the third party can also accept bookings.

The company does not charge for the privilege of using its API. However, it can be assumed Skyscanner collects the same CPC and CPA revenue mentioned above from its vast network of partners.

Launched in late 2020, Skyscanner insurance is a relatively new form of revenue generation.

Here, the company has partnered with XCover to offer travel insurance to consumers who can receive an instant quote by providing details of their trip.

For every new policy, XCover compensates Skyscanner with a referral fee.