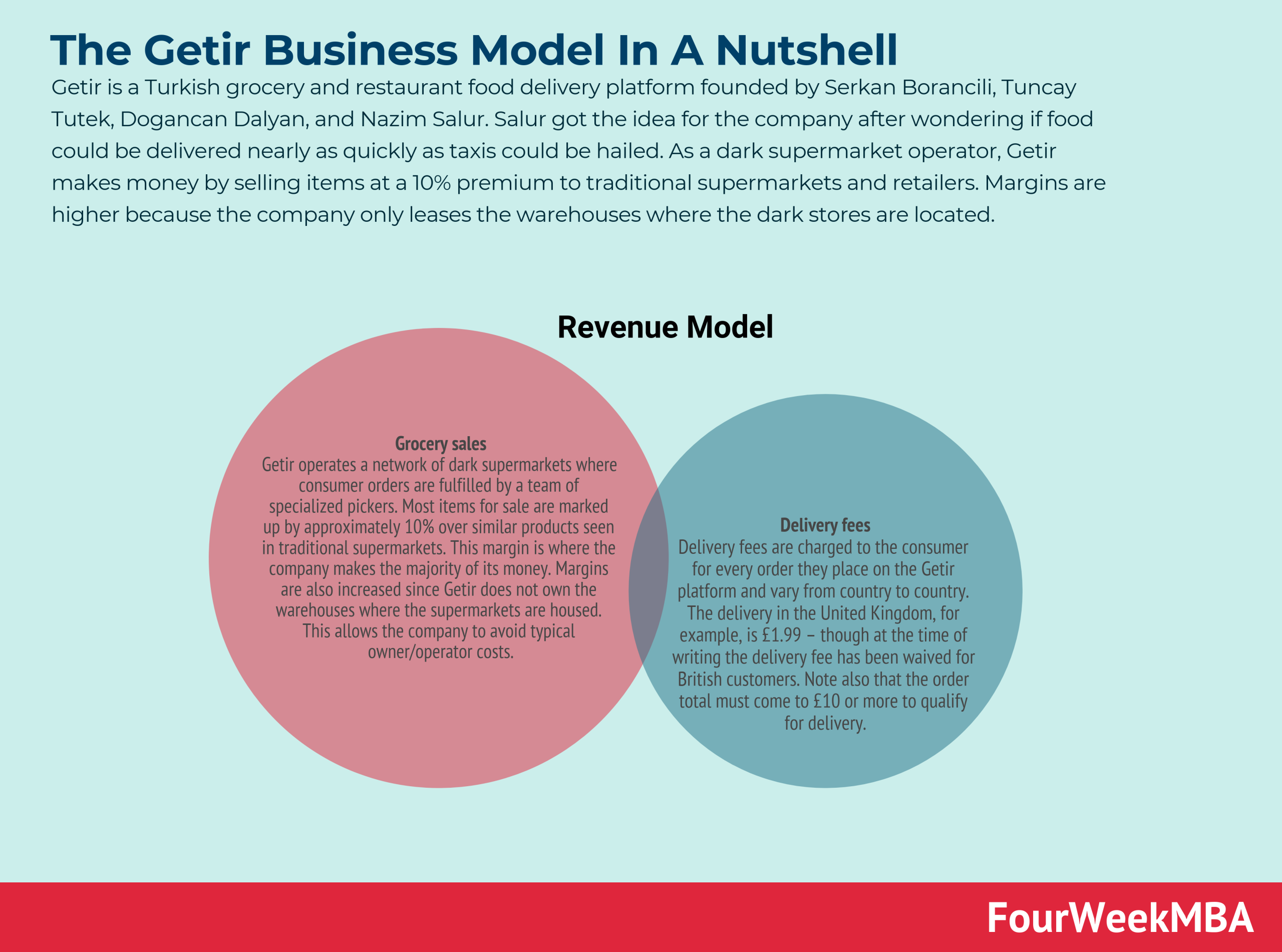 Getir is a Turkish grocery and restaurant food delivery platform founded by Serkan Borancili, Tuncay Tutek, Dogancan Dalyan, and Nazim Salur. The on-demand service claims to deliver food and other items in as little as ten minutes.

Salur and Borancili knew each other from the Turkish ride-hailing app BiTaksi, where users could hail a cab anywhere in the city in no more than three minutes. The co-founders wanted to see if similar expediency was feasible in the food delivery space.

Getir was launched in 2014 at a time when Turkish customers had not yet become accustomed to ordering groceries online. With online grocery deliveries taking up to a week, the co-founders decided to deliver within ten minutes. Tutek later noted the significance of this decision: “Delivering within 10 minutes is significant for customers, because 10 minutes means right now. If we can achieve delivery within 10 minutes, we can retain our competitive advantage even when other players come into play.

The team commenced operations in a rented office and used a former florist building as warehouse space. For the first few years, business operations were difficult. In addition to a preference to purchase groceries from bricks-and-mortar stores, Turkish consumers also avoided paying with credit cards. To overcome this resistance, Getir invested heavily in marketing campaigns and recruited a team of early adopters to experience ultrafast delivery for themselves.

There were also problems with securing investment funding, as Turkey was not known to be a breeding ground for successful start-ups. Getir finally secured a $38 million round of Series A funding in January 2020 as the COVID-19 virus began spreading around the world.

As millions were forced into lockdown, revenue increased over 500% during the remainder of 2020. Following another successful round of funding in June 2021, Getir was valued at around $7.5 billion.

Getir has a revenue generation strategy common to many food delivery companies. Let’s take a look at this strategy in more detail below.

Getir operates a network of dark supermarkets where consumer orders are fulfilled by a team of specialized pickers.

Most items for sale are marked up by approximately 10% over similar products seen in traditional supermarkets. This margin is where the company makes the majority of its money.

Margins are also increased since Getir does not own the warehouses where the supermarkets are housed. This allows the company to avoid typical owner/operator costs.

Delivery fees are charged to the consumer for every order they place on the Getir platform and vary from country to country.

The delivery in the United Kingdom, for example, is £1.99 – though at the time of writing the delivery fee has been waived for British customers.

Note also that the order total must come to £10 or more to qualify for delivery.