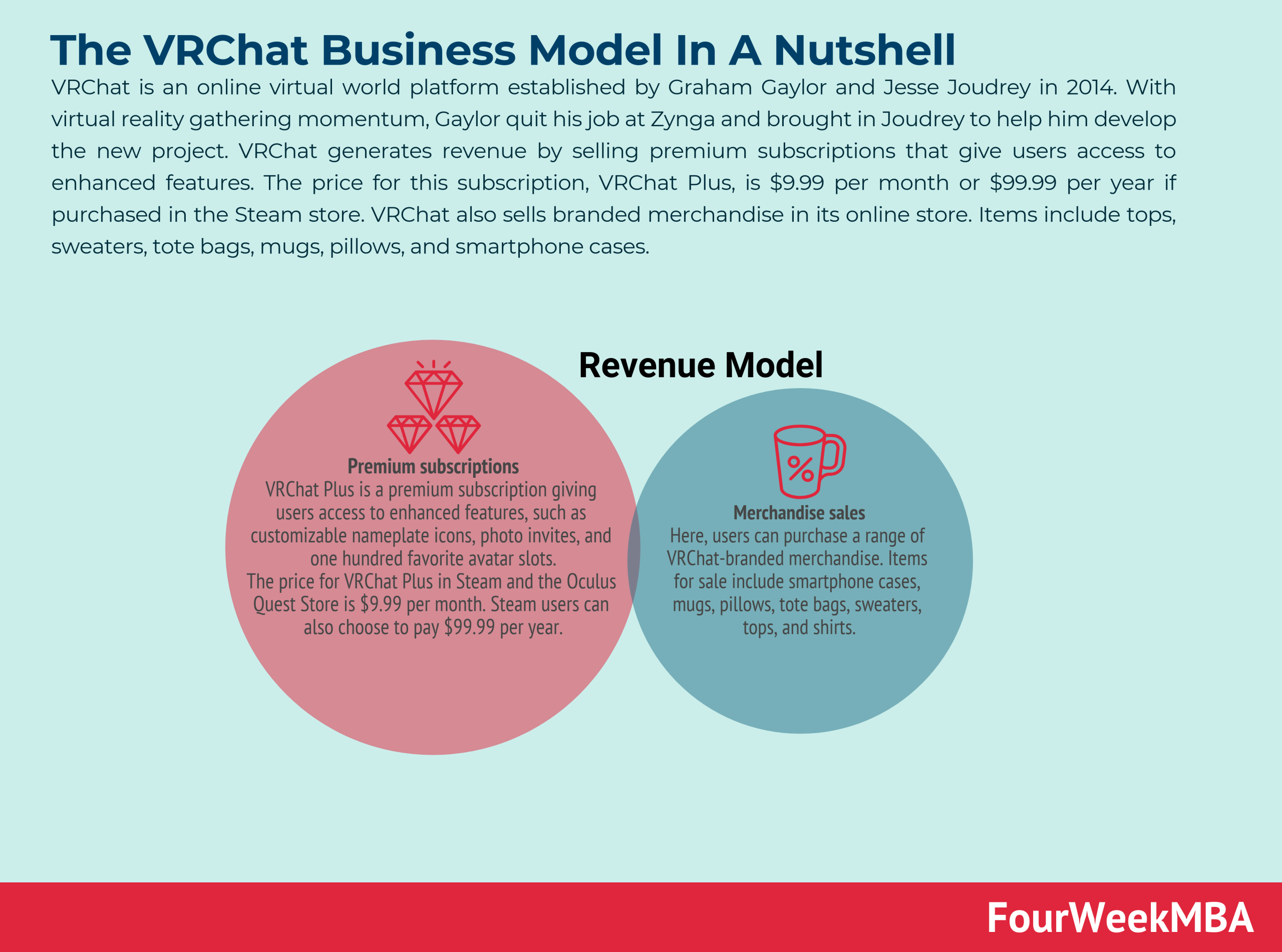 VRChat is an online virtual world platform established by Graham Gaylor and Jesse Joudrey in 2014.

Before the two came together, Gaylor worked as a software engineer at Zynga while Joudrey had only just started his own virtual reality development firm. At some point, Gaylor quit his job at Zynga to devote more time to a project called VRChat. With the popularity of virtual reality gathering momentum, Gaylor brought in Joudrey to help him develop the game. Donations were a primary source of funding during the early days of the company.

VRChat launched on Steam in February 2017 as part of the platform’s early access platform, giving the game exposure to millions of Steam players. The project was initially defined by its social capabilities and catalog of mini-games. But Gaylor and Joudrey also wanted VRChat to become the first virtual reality hangout, where players could customize their worlds, host dance parties, and even date other players.

Seven months later, VRChat Inc. secured $4 million in investment funding with the game available on Viveport and Oculus Rift. In a short space of time, the VRChat community transformed the game universe into a vibrant, inhabited world. Pubs hosted weekly karaoke nights or performances from brands, and a newsletter and podcast kept the community abreast of the latest developments. Thousands of new gamers were also attracted to VRChat after increasing numbers of Twitch and YouTube streamers began creating content for it.

VRChat more than doubled its active user base during the coronavirus pandemic, with the company taking advantage of the trend by continuing to hold parties and events on the platform.

Today, VRChat features over 25,000 community-created worlds. On New Year’s Eve 2020, the platform set a new record of 40,000 concurrent users, causing the platform to temporarily shut down after the increased usage was interpreted as a denial-of-service attack.

VRChat makes money by selling premium subscriptions and merchandise through its online store.

VRChat Plus is a premium subscription giving users access to enhanced features, such as customizable nameplate icons, photo invites, and one hundred favorite avatar slots.

The price for VRChat Plus in Steam and the Oculus Quest Store is $9.99 per month. Steam users can also choose to pay $99.99 per year.