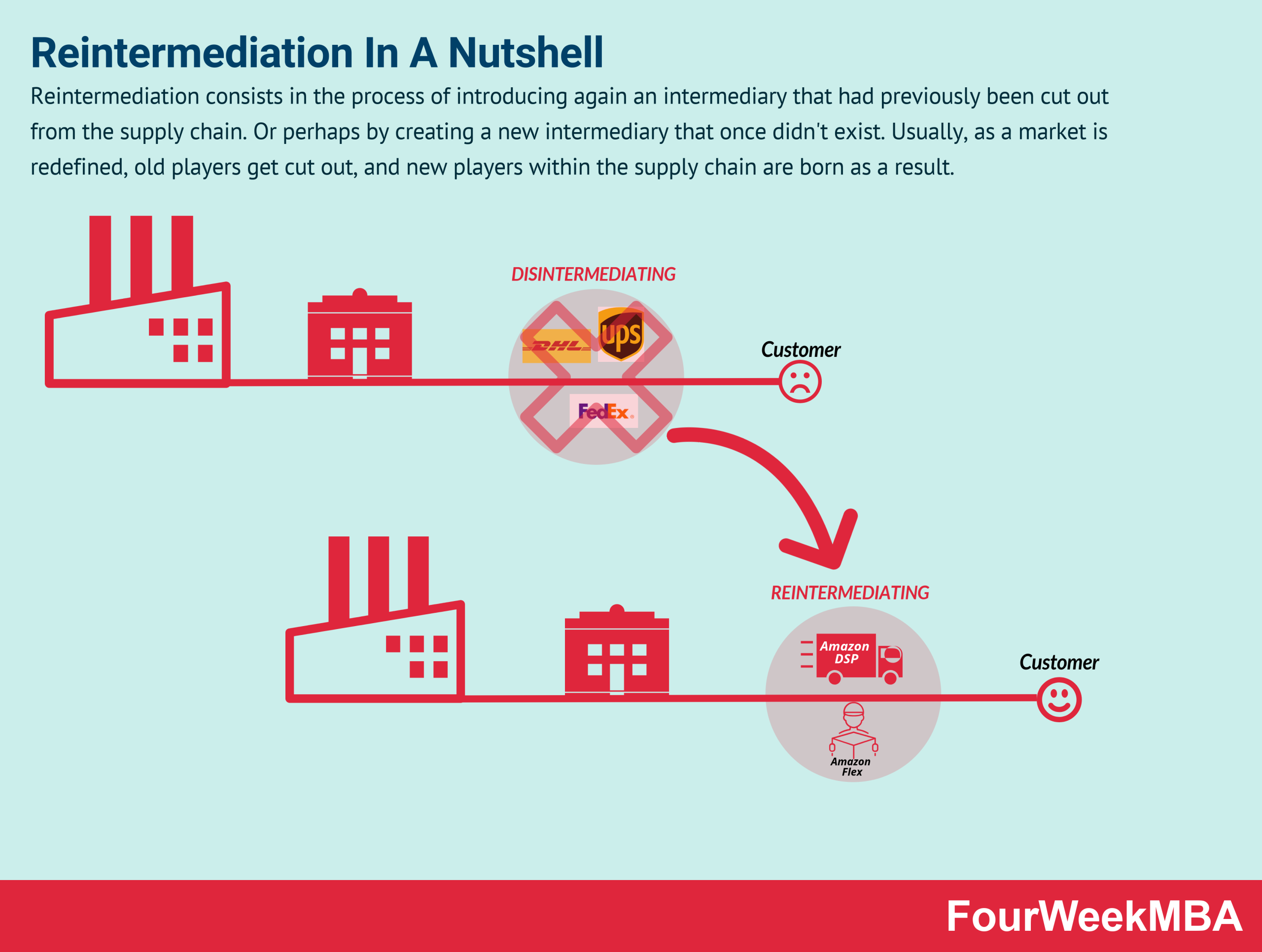 As Amazon tried to figure out last-mile delivery, the company might also over time disintermediate the old delivery industry, which suddenly might be cut out from the supply chain.

As this process happens, and the new market is defined by Amazon, new intermediaries, that have learned to play according to Amazon rules will form.

For instance, as Amazon has been figuring out the last-mile problem it also approached it with a new program, launched in 2018, called Delivery Service Partner.

Or simply put, a startup that gets helped by Amazon to become an independent contractor (under the rules of Amazon) that delivers packages for the company. Thus, Amazon disintermediates the old carriers, builds up a new system, which is comprised of new intermediaries.

The evolution of the Internet moves from phases of disintermediation, extremely helpful to remove old logic, that does not work anymore in current market conditions, to establish new systems.

As those new systems are established though, reintermediation might take place for several reasons. First, it might be the key player, once disintermediating, now to incentivize reintermediation, to gain more control over the market. Second, as the market adjusts to this new reality new intermediaries learn the logic of this new market and try to capture some value within the supply chain.