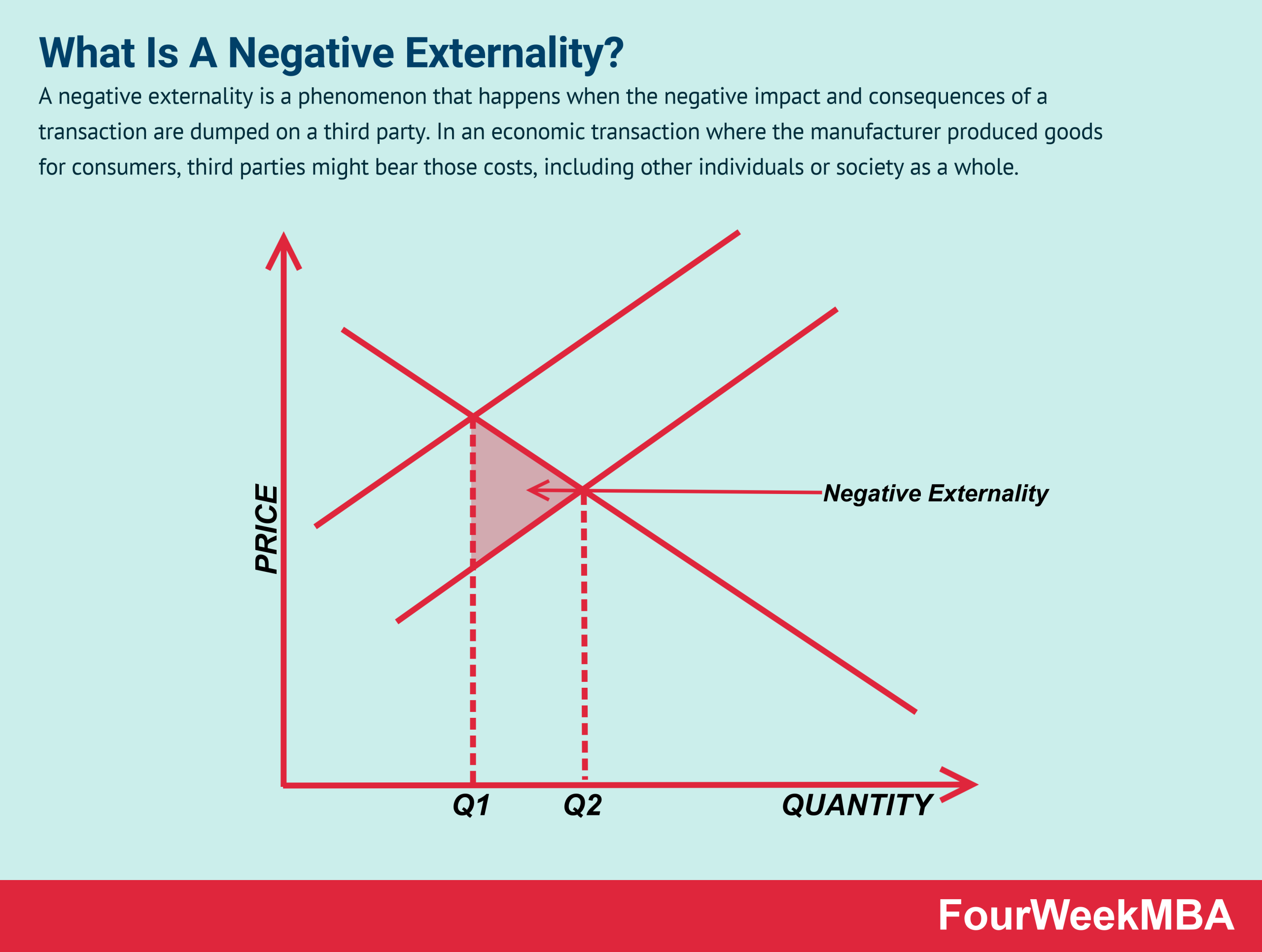 A negative externality is a phenomenon that happens when the negative impact and consequences of a transaction are dumped on a third party. In an economic transaction where the manufacturer produced goods for consumers, third parties might bear those costs, including other individuals or society as a whole.

Breaking down negative externalities in the digital era

Back in the late 1990s, the web looked pretty much like the Wild West; anyone could grab a piece of digital land, put a name on it and start catching the attention of millions of users at the time, with a very lean team of people.

This is how it started when the Netscape team, after having released their browser, made it available to millions of people in, at the time, nascent web. Netscape later IPOed and made clear to the world, that the Web was much more than just a few computers connected.

Ever since new entrants have learned to dominate the scene, yet, over the years one thing has become clear.

The most important asset on the web is people’s attention. Thus, web companies learned how to grab it, manipulate it, until the Web became a meme machine.

If there is one thing our brain is good at is at creating and passing on memes. And the web became its maximum expression.

The meme machine didn’t just represent the Web. The Web was also driven by a business model, which we’ll call “attention merchant.”

The era of attention merchants

This model is by nature, asymmetric, hidden from the eyes of its distracted users, and abundant. The maximum expression of it it is the newsfeed. A slot-machine-like mechanism that allows people to spend hours scrolling through their screens, without conscious effort and no understanding of what goes on behind the scene.

This process can’t be conscious, as it needs to be entirely driven by a willingness to show up no matter what. This content-generating machine is mostly grassroots-based, ready to be consumed by anyone, anywhere. Gossipping, once an essential tool for socializing, all of a sudden becomes an end in its own sake.

Hidden ads or what its founder calls “targeted ads” can be so subtle to be taken for real content. This we call innovation, and we admire as business people. Indeed, that innovation has been generating “engagement” for marketers and businesses across the world at a high price and high margins. This is a pure business genius.

For years, Facebook’s founder’s — Mark Zuckerberg– motto has been “move fast and break things.” This motto helped the company scale from a single computer in a dorm room to one of the largest tech companies in the world.

Yet, back in 2017, that motto changed to “Move fast with stable infrastructure.” This is a paradigm shift from both a technical and business standpoint. From a technical perspective, as organization wl-link">Facebook has grown among the most popular sites on earth, it soon realized that its moving fast was also becoming too costly.

Indeed, a bug, that once was not risky and inexpensive- in a platform where billions of people interact each day — that bug would have meant days and teams of people to fix it! Thus, from a business standpoint, this would have also caused large expenses and missed opportunities.

However, there is a third and critical point — I argue. As those tech companies have such a reach, a simple bug can carry such a significant negative externality that any benefit they have created would be swept off in a matter of minutes.

Negative externalities in the era of FAANG

A few tech companies have become so ubiquitous and present in our daily lives, that we also have an acronym for their combined effects: FAANG. Those are Facebook, Apple, Amazon, Netflix, and Alphabet’s Google, which now have their own index on Wall Street.

It’s easy to measure their positive impact on society by looking at the number of interactions on organization wl-link">Facebook, of Google’s searches each day, of organization wl-link">Amazon’s transactions, Netflix’s watch time, and organization">Apple’s iPhones sold. It’s also easy to compute their growth and the wealth generated to its investors by looking at their financial statements. However, what’s hard yet truly important is the understanding of negative externalities those companies might carry.

A negative externality happens when the social marginal costs exceed the social marginal benefits. In short, a company produces a net loss for society overall. This concept is well known especially in the industrial world, where a few companies pollute the environment and create a negative net balance for society overall. In those cases, there are two main routes, either we live with it, or the Government places a tax on those polluters.

What if we tax attention? The Pigovian tax on attention’s polluters

While pollution can be detected, negative social externalities tied to people’s “polluted attention” are hard to measure, let alone track. However, that should not discourage us from attempting. Companies that lock-us into their platforms for the sake of monetizing our attention might be entertaining us, but also creating a military of zombies.

We might also argue that organization wl-link">Facebook is an excellent tool for keeping us from thinking about the things that matter the most. Just like Roman Emperors used the formula of panem et circenses (bread and circuses) to distract the masses with ample food and entertainment. organization wl-link">Facebook is pretty useful for that matter, and politicians might love it as it distracts us from their real agenda.

Yet, not when it is used as a tool for political propaganda. Many might not like the Government intervention, but can the market do it on its own?

What if the market takes care of itself?

Another possible scenario is just to let things go and let the market take care of itself. As companies, like organization wl-link">Facebook, trade attention for profit. That attention is evaluated by time to time by businesses that trade it for dollars. For instance, if I buy a hundred clicks on Facebook, as a business owner I also measure its conversions and if and how much it’s worth. So willingly or not I’m creating a marketplace for attention.

So far Facebook has been pretty good in marketing its metrics (impressions, clicks, likes, and shares). Yet, what if businesses will soon realize those metrics aren’t good enough to justify a dedicated marketing budget?

What if people are taught what happens in the “business backend?”

Education (not schooling) is a critical ingredient for people’s freedom. On my own blog, I spend hours dissecting companies’ business models to understand what “motivates those companies.” I’ve been surprised in the last two years to see how many people don’t have an idea of how the companies that influence their daily lives make money.

It’s almost like taking medicine from a doctor, to realize after you’ve become addicted, that person wasn’t a doctor but a drug dealer which in the process of making you an addict has become a millionaire. How would you react to that?