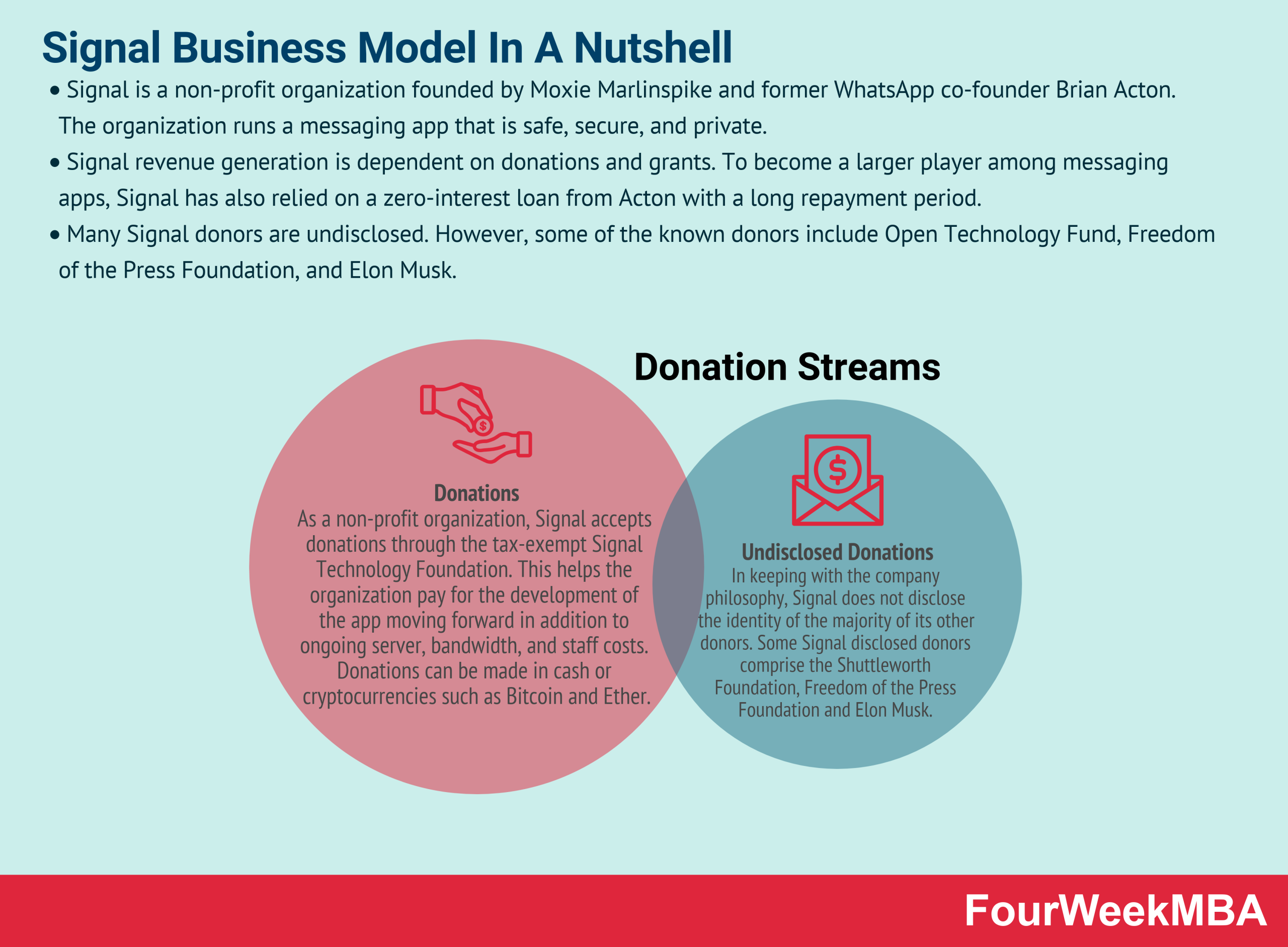 Signal is an American non-profit organization with a focus on developing privacy technology enabling secure global communication and freedom of speech.

The non-profit was founded by WhatsApp co-founder Brian Acton and Moxie Marlinspike. Marlinspike developed the platform in response to the pervasive and powerful surveillance capabilities of authorities, noting that “user-friendly technical solutions” would be the best way to counteract it.

In 2014, the Signal app was born. It was a combination of text messaging and phone call apps Marlinspike had developed four years earlier. During this time, however, Signal had a small user base made up of digital security geeks and was not user-friendly.

Marlinspike then reached out to Brian Acton, recently disgruntled after resigning from WhatsApp parent company Facebook in 2017. As a result, Acton provided $50 million in funding to encrypt the entire Signal app and support it as a direct rival to WhatsApp.

Signal has developed a large user base, thanks in part to chaotic world events. The app saw a 400% increase in users after the 2016 U.S. election. It also saw significant rises after protests against systemic racism in the United States and the Chinese occupation of Hong Kong.

As a non-profit organization, Signal accepts donations through the tax-exempt Signal Technology Foundation. This helps the organization pay for the development of the app moving forward in addition to ongoing server, bandwidth, and staff costs. Donations can be made in cash or cryptocurrencies such as Bitcoin and Ether.

The company expects to be self-sustaining from a financial point of view after it passes 100 million users. Until that time, the $50 million capital injection from Acton is the largest financial contribution to the company to date. Acton’s contribution has since grown to just over $100 million.

Many consider this a donation, but it is in fact a zero-interest loan that must be re-paid in full by February 2068.

In keeping with the company philosophy, Signal does not disclose the identity of the majority of its other donors.

Having said there, here is a list of known Signal donors and donation amounts (if disclosed):