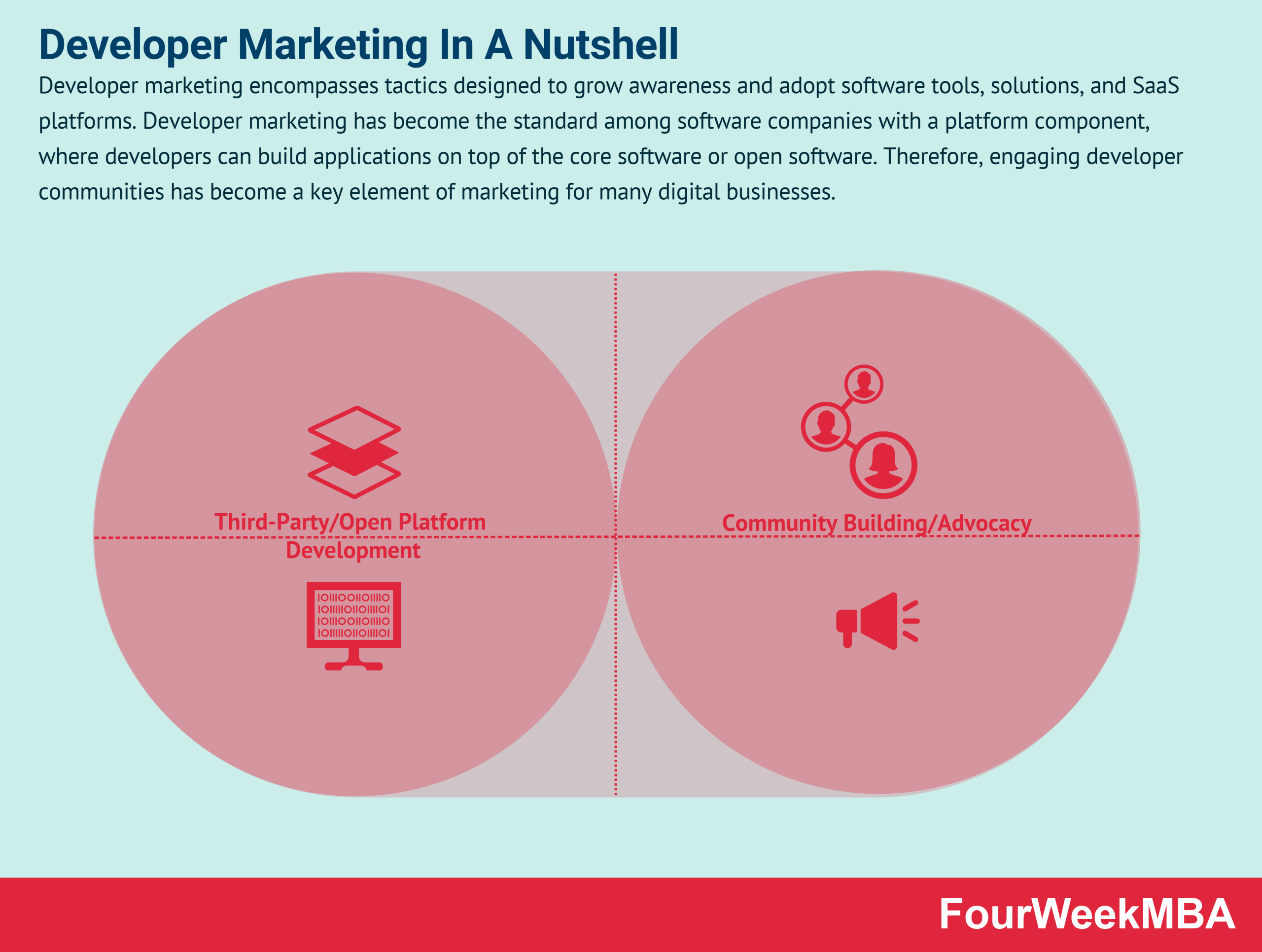 Developer marketing encompasses tactics designed to grow awareness and adopt software tools, solutions, and SaaS platforms. Developer marketing has become the standard among software companies with a platform component, where developers can build applications on top of the core software or open software. Therefore, engaging developer communities has become a key element of marketing for many digital businesses.

In most businesses, the sales and marketing teams communicate with other businesses (B2B) and consumers (B2C) to drive revenue.

With the increasing prevalence of tech start-ups, however, there is a growing demand for business-to-developer (B2D) engagement. Developers are consumers in the theoretical sense of the word, but they are very different from the typical consumer.

Consumers who are also developers are more discerning and tend to default to skepticism and analysis as a general rule. They become quickly disenfranchised with traditional sales and marketing methods.

Developer marketing means thinking like a developer. Most developers are well-read and are aware of the latest methods and technologies. These are only adopted once the developer has seen them in action and experimented with their use in a low-risk environment.

Furthermore, developers are not the only end-users of software tools and solutions. Marketing messages for a developer would be inappropriate for a product leader, and vice versa.

There are several ways developers can be marketed to. These include:

Measuring the effectiveness of developer marketing

On the other hand, developer marketing should focus on the depth of engagement as a determinant of success. Specifically, early adopters of the software product must be empowered to mobilize their contacts – whether that be through tools, knowledge, or other resources.

Businesses can also ask themselves three questions, with each being a key indicator of success:

How Does Zoom Make Money? Zoom Freeterprise Business Model In A Nutshell