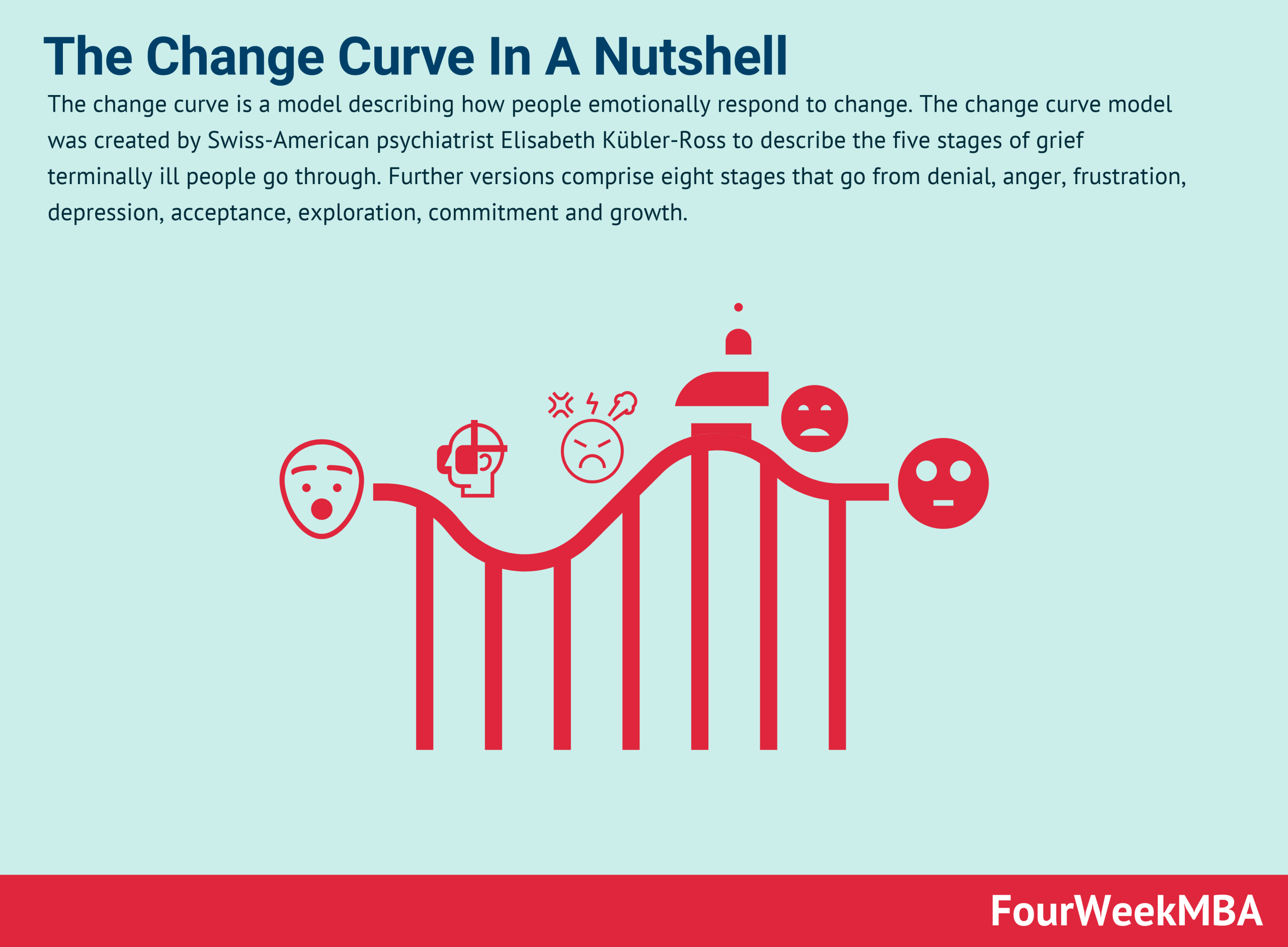 The change curve model was created by Swiss-American psychiatrist Elisabeth Kübler-Ross to describe the five stages of grief terminally ill people go through.

Her work was highly acclaimed, leading to the concept being adopted in the business world to define how people respond to different types of organizational change. As a result, it is still sometimes referred to as the Kübler-Ross model.

Workplaces are stressful at the best of times, with negative emotions associated with restructuring, redundancy, managerial staff, work requirements, and new technology. Many employees are simply comfortable with the status quo and actively resist change – no matter how beneficial it may be for them.

Several variations of the model now exist, but most incorporate basic emotional stages since most people react to change in more or less the same way. We will take a look at these stages in the next section and explain how they can be used to accept and even embrace change.

The eight stages of the change curve

For best results, the individual should move through the different stages of the curve linearly and as quickly as possible. Managers can also smooth the change process by understanding where each employee is on their journey and providing the appropriate support.

Here is a look at each step of the curve adapted from the original grief-based Kübler-Ross model:

For entrepreneurs understanding these emotional cycles is extremely important. Indeed, the entrepreneurial journey is made of many ups and downs, and often times those happen in the same day. This is even worse for those trying to build something completely new. Therefore, it’s important to understand the emotional rollercoaster to be able to deal with it and build a successful business.