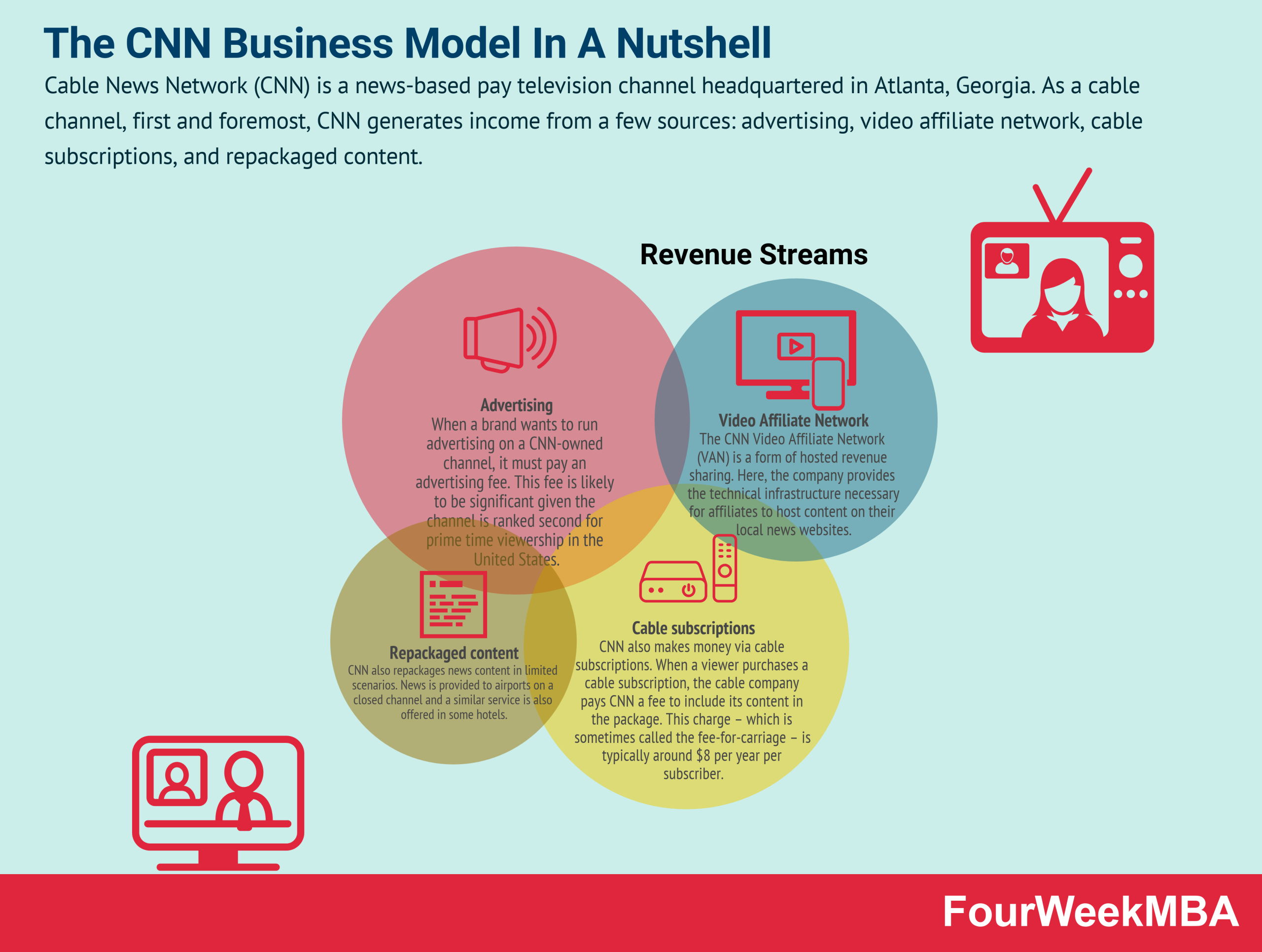 The multinational was founded in 1980 by media proprietor Ted Turner and Reese Schonfeld. Anchored by husband and wife team David Walker and Lois Hart, CNN became the first 24-hour news service. In the process, it also became the first American channel devoted entirely to news coverage.

In the ensuing decades, the reach of CNN expanded significantly. Content now encompasses multiple cable and satellite television, website content, and specialized closed-circuit channels. The company now operates no fewer than 42 bureaus, 31 of which are based internationally. A second, dedicated news channel called CNN2 (the precursor to HLN) launched in 1982.

During the 1990-91 Gulf War, CNN was the only news outlet with the ability to communicate from inside Iraq. This bolstered the network’s reputation as a news provider and also made some of its (previously unknown) reporters household names.

Today, the company remains a popular source of news content. With approximately 2.366 million primetime viewers, CNN is second only to Fox News for viewership.

As a cable channel first and foremost, CNN generates income from a few sources.

Let’s now take a look at each.

When a brand wants to run advertising on a CNN-owned channel, it must pay an advertising fee. This fee is likely to be significant given the channel is ranked second for prime time viewership in the United States.

Brands can also pay to promote themselves on the CNN website, which is heavy in news article sidebar and footer advertising.

The CNN Video Affiliate Network (VAN) is a form of hosted revenue sharing. Here, the company provides the technical infrastructure necessary for affiliates to host content on their local news websites.

Once the videos are live, CNN collects advertising revenue which it then shares with the affiliate.

CNN also makes money via cable subscriptions. When a viewer purchases a cable subscription, the cable company pays CNN a fee to include its content in the package. This charge – which is sometimes called the fee-for-carriage – is typically around $8 per year per subscriber.

It should be noted that this fee is charged regardless of whether the customer actually watches CNN.

CNN also repackages news content in limited scenarios. News is provided to airports on a closed channel and a similar service is also offered in some hotels.