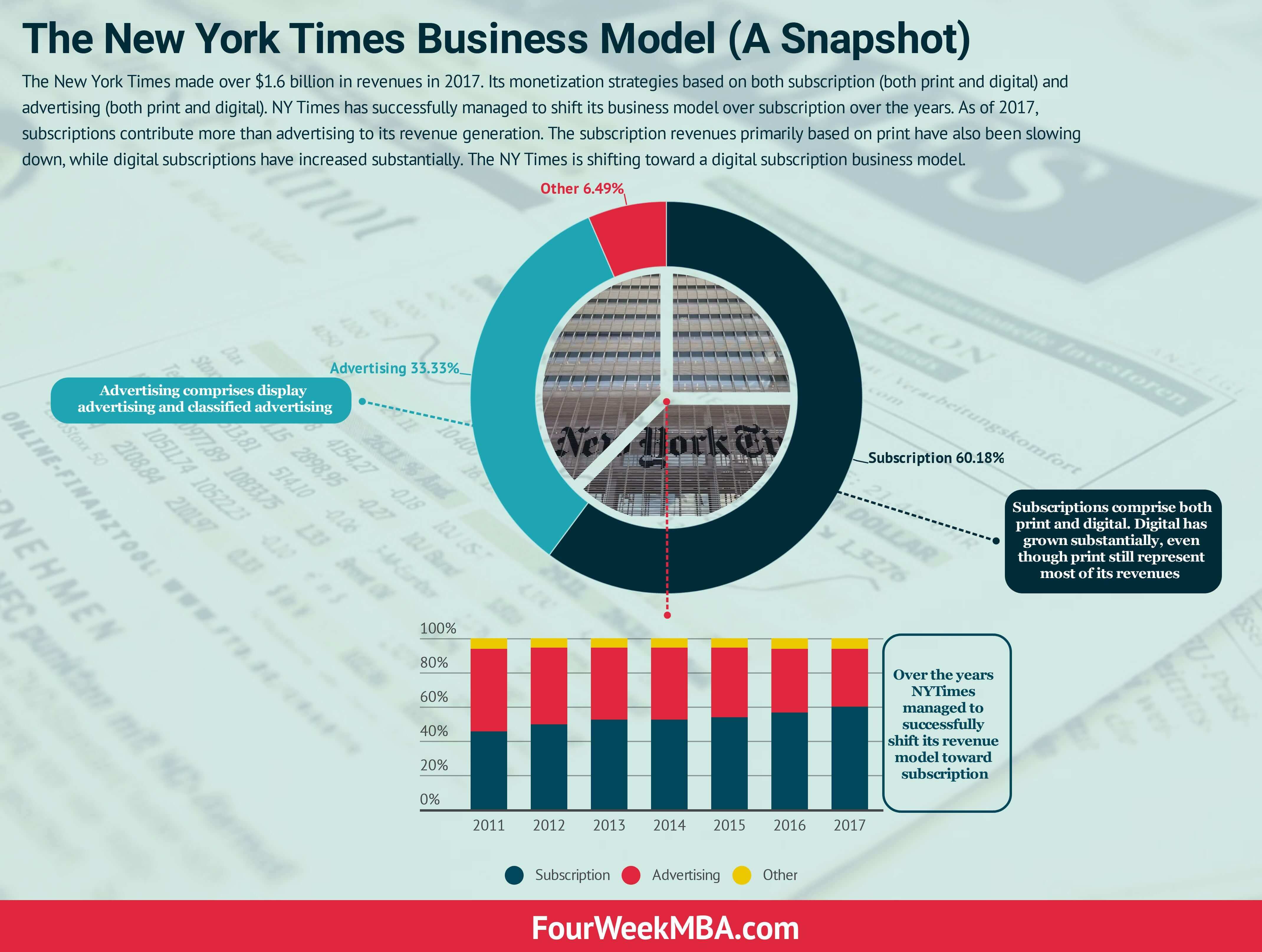 How does The New York Times make money?

As a global media organization that “focuses on creating, collecting and distributing high-quality news and information” the company’s principal business consists of distributing content across its digital, print platforms and in small part to third-party platforms. The New York Times monetizes its content in two simples ways:

Let’s give a quick look at The New York Times business model.

The New York Times offers users free access to a set number of articles per month until it shows a paywall requesting users to join the platform for a basic subscription fee, that can initially be as low as $1 per week:

How The NYTimes subscription-based business model is evolving

Over the years NYTimes has shifted its business model toward a subscription. Indeed, the revenues coming from subscriptions surpassed those coming from advertising. This is a massive and vital change, as publishers have for over a century lived off advertising revenues.

It is important to notice that the most significant portion of subscription revenue is still based on the print newspaper. However, as the competition with digital formats has increased, NYTimes is also emphasizing on its digital-only subscription.

With a comprehensive portfolio of advertising products and services provided across print, web and mobile platforms the advertising revenues comprises three main sources:

Classified and Other Advertising

Classified advertising includes line ads sold in the major categories of real estate, help wanted, automotive and other. In print,

Classified advertising comprises three major types: real estate, help wanted, and automotive. Those pay on a per-line basis. While on the web or mobile platforms the pay is on per listing base, which can be mixed as an add-on to the print ad.

Other businesses part of the NYTimes galaxy

As reported on NYTimes financial statements:

It is interesting to notice the massive reach NYTimes has been able to build over the web. In short, it is the case in which a player from the printed mastered the digital world as well. With a site, that according to Similar Web estimates has more than three hundred million visits per month

The marketing mix shows directly as the primary source. This implies a strong brand recognision. The company advertising expense to promote the brand, subscription products, and marketing services were $118.6 million in 2017, compared to $89.8 million in 2016.

In the first nine months of 2018, mobile advertising was estimated at 92% of the total advertising on Facebook products....