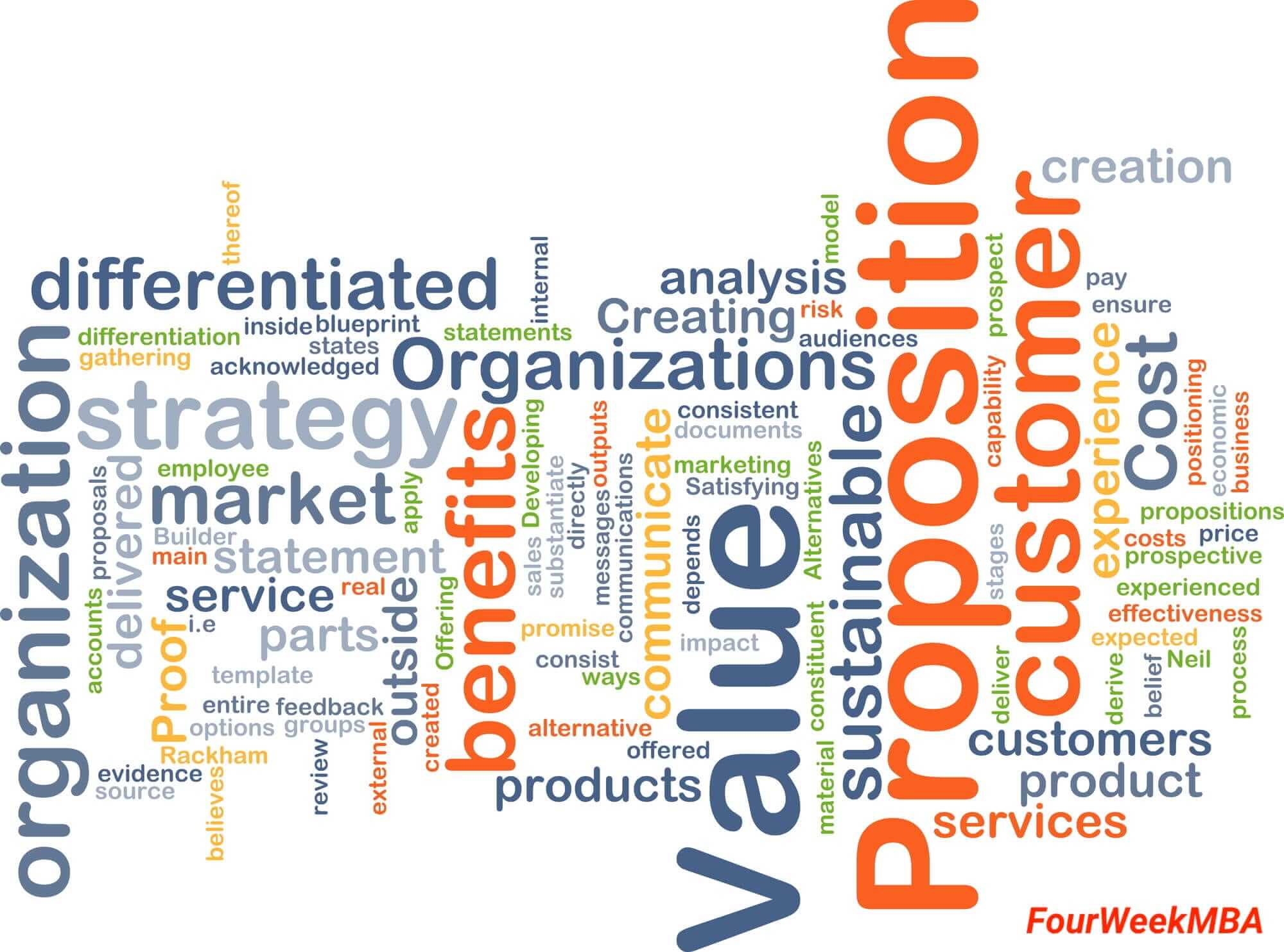 A value proposition is one of the key building blocks for any business model. It is the benefit both in terms of gains or reduced pains a potential customer, or key partner might experience.

Indeed, the value proposition isn’t just a promise and payoff for customers, but that is also very important to connect key players (employees, distributors, partners and more) both internally and externally to the organization.

What is business value?

There isn’t a single definition of value. But that is somewhat relative, and we need to ask “to whom?”

For instance, when it comes to the business world, value can be created for investors, for shareholders, for partners, employees, customers, and more.

For what matter we might define business value as:

The payoffs that a stakeholder (partner, employee, customer, user or any other key player for the organization) gains from interacting with a company.

For instance, Facebook is a media business, which offers a free platform to its users. Thus, (as of now) there is no exchange of money between Facebook and its users. However, the actions users take on the Facebook platform are valuable for businesses willing to capture some of that value by advertising on Facebook‘s newsfeed.

What is a value proposition then?

The value proposition in a linear vs. platform or scaled business

It is essential to distinguish between a value proposition between a linear business vs. a more complex, platform, or scaled business model.

Indeed, it would be a mistake to believe that a value proposition is the same for a small organization vs. a business which has scaled up and it has already hundreds if not thousands of employees and hundreds of thousands of customers.

A larger, complex organization will have multiple value proposition for as many players it has that are critical for the company’s business model.

For the sake of this analysis, we’ll look at the value proposition of three large organizations:

For a tech giant like Google, which has a sophisticated business model, based on a hidden revenue generation, there is also a multi-sided value proposition.

Some of those would be:

Dave McClure’s Pirate Metrics: The AARRR Funnel In A Nutshell

Venture capitalist, Dave McClure, coined the acronym AARRR which is a simplified model that enables to understand what metrics and...