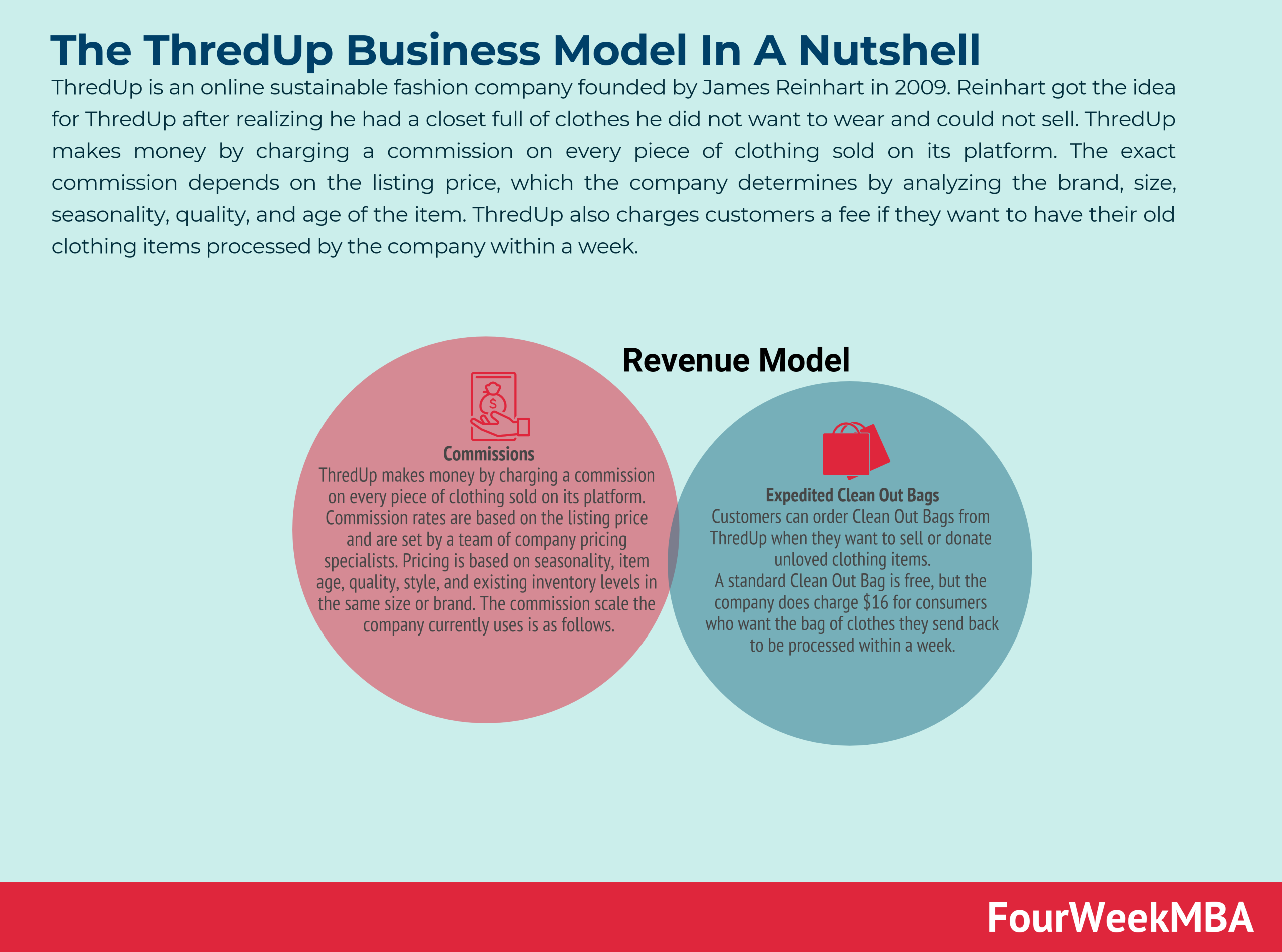 ThredUp is an online sustainable fashion company founded by James Reinhart in 2009.

While Reinhart was a business school student at Harvard University, he realized that he had a closet full of clothes he never wore. At the same time, he was averse to purchasing new clothes out of a desire to save money. To make some extra cash, Reinhart took his used clothes to a thrift shop where he was informed that they didn’t want the brands he was selling. What’s more, they didn’t even accept men’s clothing.

Ultimately, this predicament gave Reinhart the idea for an online platform where men could exchange dress shirts. The pilot peer-to-peer platform was called ThredUp, which he launched in September 2009 after partnering with friends Oliver Lubin and Chris Homer. Less than twelve months after the GFC, the trio believed ThredUp would be an instant success among businessmen looking to save money. However, initial performance was lackluster. The platform initially connected buyers with sellers without handling physical inventory, but customers told the co-founders they wanted the company to do all the work.

Taking this feedback on board, ThredUp changed its strategy in 2010 and began handling warehousing, inspection, shipping, and pricing. The company sent prepaid Clean Out Bags to customers who would then mail their old and unwanted clothes in return. The pivot was extremely successful since consumers could make money with very little effort. Two years later, Reinhart hired Netflix engineering and operations gurus John Voris and Andy Rendich to build software and hardware systems that could process millions of clothing items each day.

Today, the ThredUp platform carries more than 35,000 brands with many used clothing items selling for up to 90% below the estimated retail value. In addition to being the world’s largest fashion resale marketplace, the company promotes sustainable clothing and seeks to educate consumers about the global fashion waste crisis.

ThredUp makes money by charging a commission on every piece of clothing sold on its platform.

Commission rates are based on the listing price and are set by a team of company pricing specialists. Pricing is based on seasonality, item age, quality, style, and existing inventory levels in the same size or brand.

In general, ThredUp collects a higher commission on lower-priced items than it does on more premium items.

The commission scale the company currently uses is as follows:

Customers can order Clean Out Bags from ThredUp when they want to sell or donate unloved clothing items.

A standard Clean Out Bag is free, but the company does charge $16 for consumers who want the bag of clothes they send back to be processed within a week.