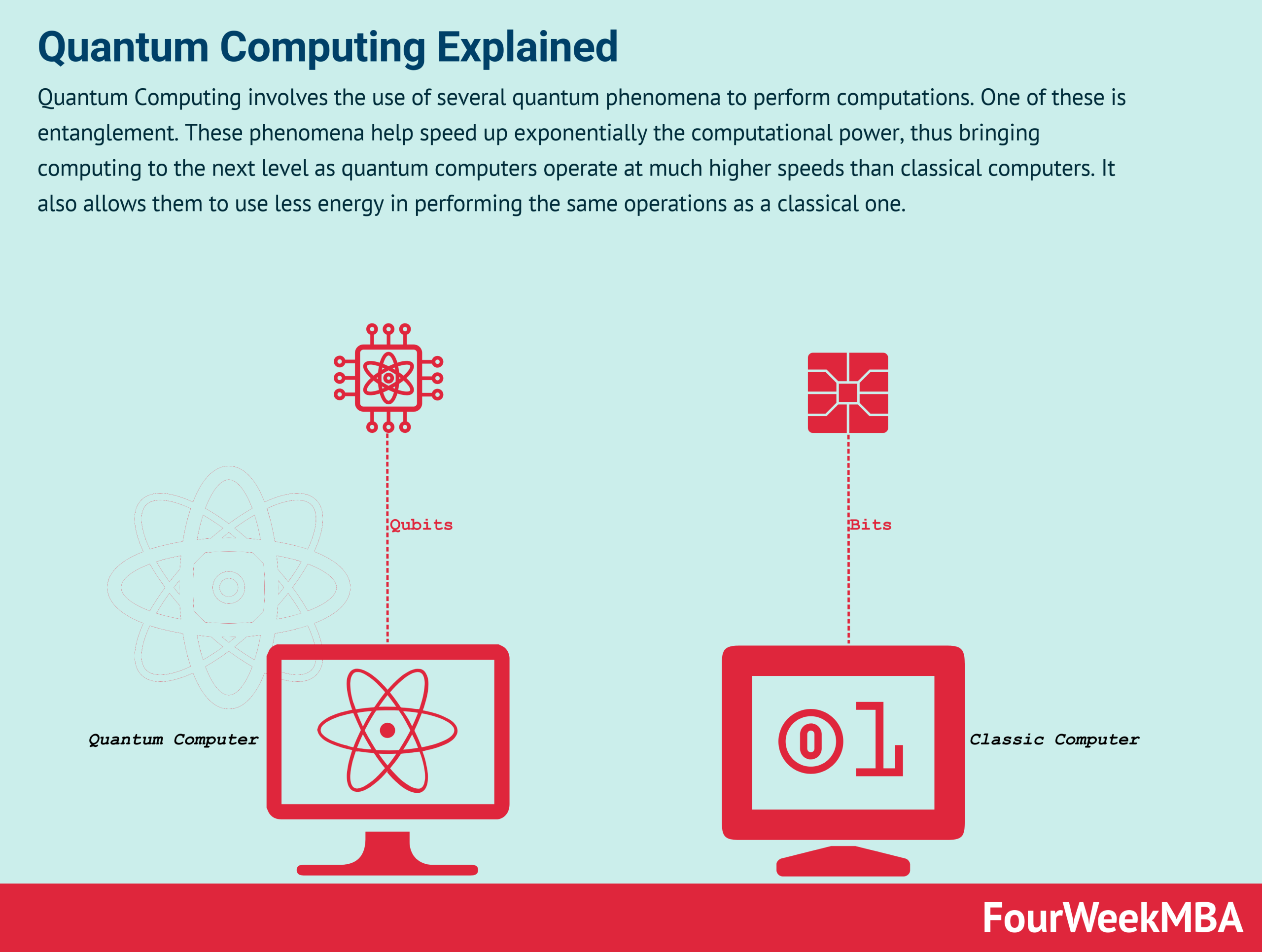 Quantum Computing involves the use of several quantum phenomena to perform computations. One of these is entanglement. These phenomena help speed up exponentially the computational power, thus bringing computing to the next level as quantum computers operate at much higher speeds than classical computers. It also allows them to use less energy in performing the same operations as a classical one.

Quantum computers are very powerful, but they are also very fragile. When qubits interact with their environment, they decay and ultimately disappear in a process called decoherence.

Decoherence is caused by a range of factors, including light, heat, sound, vibration, radiation, and even the act of measuring a qubit itself.

While supercooled fridges and vacuum chambers are used to shield qubits from the outside world, errors still creep into quantum calculations. Technology is not yet sufficiently advanced to create a stable quantum computer that is broadly useful.

Why does quantum computing matter?

The need for knowledge has always engulfed humans and is the major driver of technological evolutions. From what started as an abacus and turned into high-end calculators for everyday use, computers have seen a similar advancement. Within three decades, computing powers changed from a mere five thousand addition problems (ENIAC) to millions of complex problems in a matter of seconds.

This exponential advancement has not hindered the progress that humans still dream of achieving. Technological changes have always occurred whenever there has been a problem to solve. The work of decades upon decades in different technological areas has left little room for improvements. However, whenever existing technology was unable to solve the tasks at hand, humans have tried to resolve the issue with further advancement.

One similar case has been that of Quantum Computing. When complexities ensued and classical computers could not answer the underlying questions, quantum computers were invented. Hence, a new era of advancement followed.

Modern computers encode information in bits that have a binary value. That is, the information can only take a value of 1 or 0.

Quantum computers, on the other hand, utilize subatomic particles called quantum bits (qubits). Qubits possess some strange quantum properties. Connected qubits provide a significant increase in processing power when compared to the equivalent number of bits in a modern computer.

The quantum properties responsible for this increased performance are:

How does quantum computing work?

As the name suggests, Quantum Computing involves the use of several quantum phenomena to perform computations. One of these is entanglement. Quantum entanglement is basically a phenomenon that occurs when a group or a pair of particles interact or are in the same proximity but their quantum state cannot be determined independently of each other.

As mentioned before, using phenomena like superposition and entanglement quantum computers are able to allow subatomic participles in more than one state. This means that at the same time it could be a 1 or a 0. This makes quantum computers operate at much higher speeds than classical computers. It also allows them to use less energy in performing the same operations as a classical one.

Quantum Computing has a wide array of applications, which makes it one of the most exciting technologies to look forward to. Within the healthcare industry, it cannot only be used for research purposes but diagnostics and treatment as well. Since quantum computers have high processing power, it will enable researchers to use them in order to simulate interactions between different proteins of the human genome and drugs.

This will allow them to evaluate drugs based on their interactions and can lead to pharmacological advancements. In diagnostics, MRI machines can be made to operate at higher levels and provide greater detail which will help the doctors in identifying medical issues. Similarly, treatments like radiotherapy can be further enhanced due to the use of quantum computing as it will be able to withstand complex simulations and provide answers in a timely manner.

In the field of Finance, quantum computing can help in detecting fraud based on pattern recognition. Coupled with machine learning, neural networks can be trained timely and thereby improving the detection rate immensely. From a Marketing perspective, quantum computing can be used to process and analyze large amounts of data which can be used to put forward targeted advertisements at potential customers based on their behavior.

The same can be done through classical computers, but quantum computing certainly has an edge in providing better and timely service due to the data being in large amounts. Optimization problems, which are encountered by companies like delivery services or arranging flight schedules, can be solved using quantum computers. It has uses in almost all avenues, whether they are public projects or advancements in data handling. What would normally take unimaginable amounts of time can be solved through the use of quantum computers.

The major advantage that quantum computers hold is that they are equipped to find optimal solutions to problems that have infinitely many variables. Due to their high processing power, quantum computers are able to run millions of simulations to test whatever theories that users might have. This gives it an ultimate advantage over other systems.

Research is being conducted to make quantum computing possible at higher temperatures, but no such significant improvement is expected in the near future.

Scientists are developers are constantly in the run to make quantum computing possible given the large number of applications that it entails. Machine learning will benefit the most when stability is achieved in terms of quantum computations. Technology giants like Google and IBM are in the constant run to achieve quantum supremacy, with each taking steps to ensure the world witnesses a stable quantum computer in the next few years.

What’s the major drawback (for now) of quantum computing?

One of the issues that quantum computers encounter is any disturbance in the computer’s surroundings. Since they are very fragile, vibrations in the surroundings can impact the atoms, and decoherence will be caused. Despite their high demands, quantum computers will actually reduce the power consumption to operate. This is achieved through a process known as “quantum tunneling.” The possibilities are endless, and researchers are in a rush to make it happen.

Other potential applications for quantum computing

The potential applications for quantum computing are understandably vast. But in the short term, some of the most promising applications include: