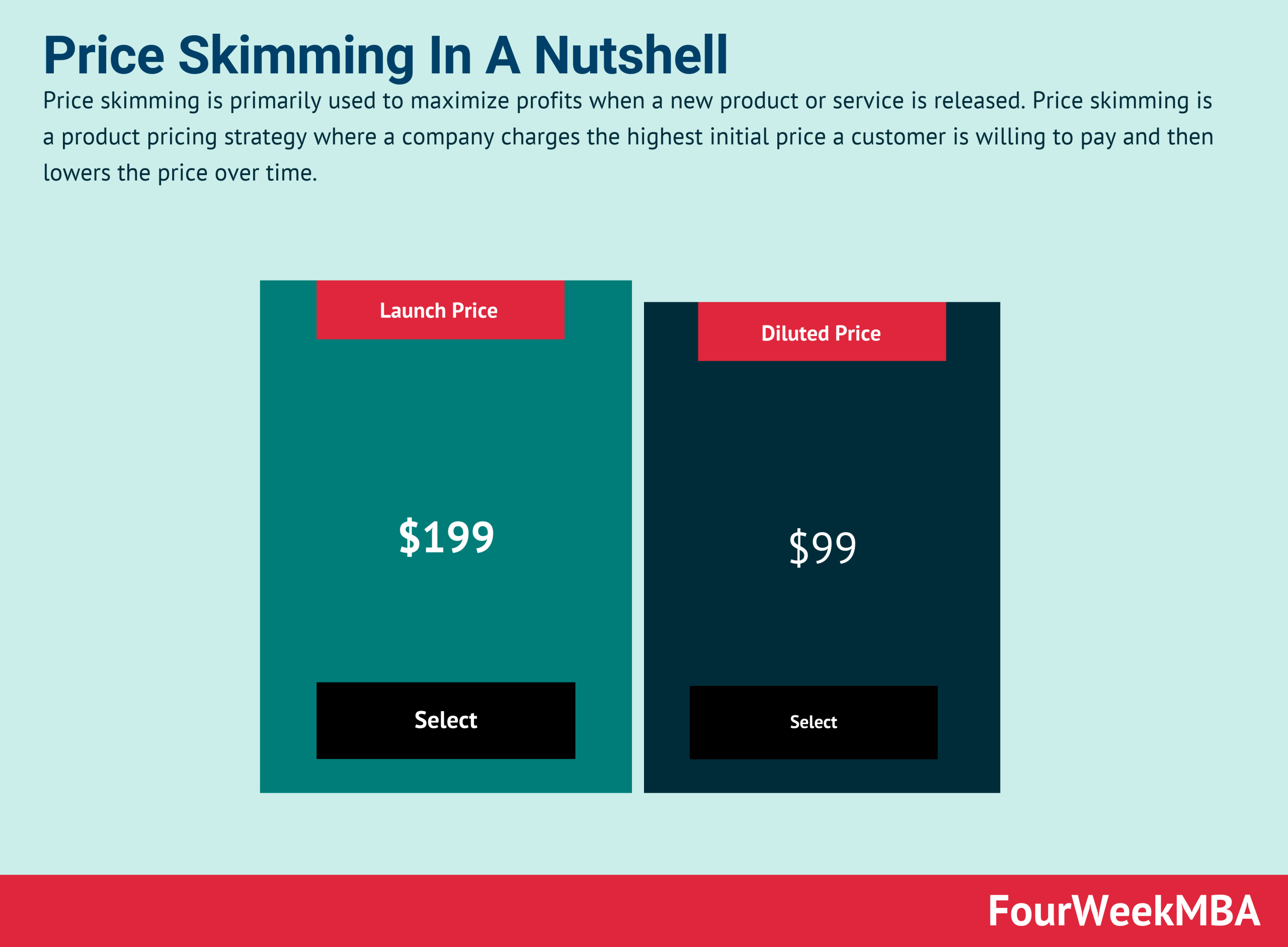 Price skimming is primarily used to maximize profits when a new product or service is released. Price skimming is a product pricing strategy where a company charges the highest initial price a customer is willing to pay and then lowers the price over time.

The strategy is most effective for a company with first-mover status. By generating maximum profit in the shortest time possible, the company can quickly recover its sunk costs before competition and pricing pressures increase.

Price skimming is sometimes described as riding down the demand curve as the business seeks to capture consumer surplus early in the product life cycle to exploit its first-mover position. The product is initially offered at a high price targeting consumers with the desire or required funds to purchase it.

As demand and the novelty of the product decreases, the price is lowered to capture consumers with the next highest level of desire and purchasing ability. This process may be repeated multiple times until the pricing levels off at a base price. In theory, the business “skims off” the top of each level since it charges the maximum price consumers in each level are willing to pay.

Price skimming is closely related to the diffusion of innovation, a theory explaining the rate at which a new product spreads through a social system. Initially, price skimming targets the innovators – a group of risk-taking consumers who want first access to a product no matter the price.

Price skimming can be seen in any scenario with one or more of the following characteristics:

Real-world examples of price skimming in action include:

Advantages and disadvantages of price skimming