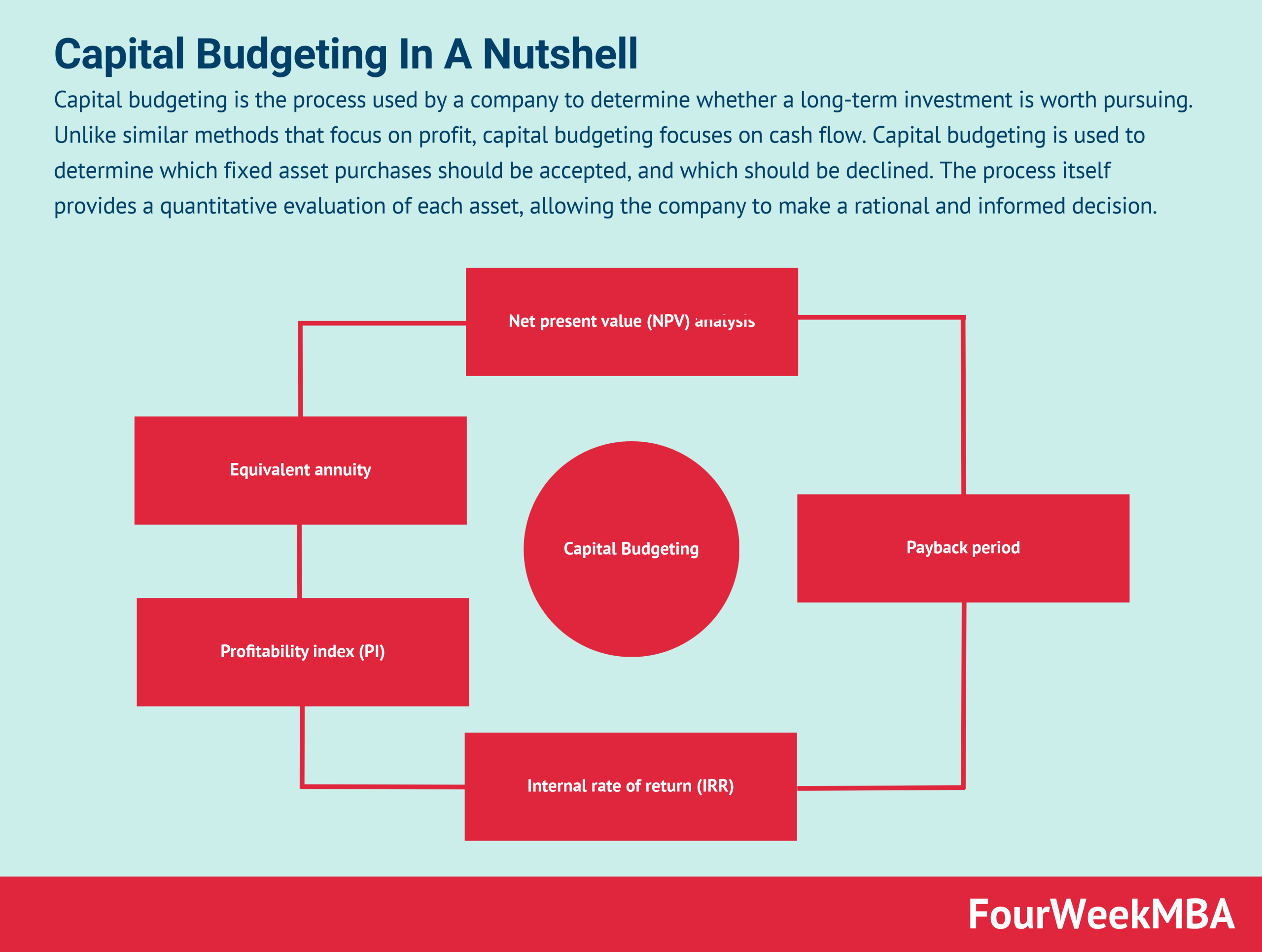 In theory, the decision should favor an asset that delivers the best return for both the company and its shareholders. For this reason, capital budgeting is sometimes referred to as investment appraisal.

Capital budgeting is useful for almost any asset, including new or replacement machinery, plants, products, or in research and development. It can also be used to value assets during mergers or acquisitions.

Some of the more common capital budgeting methods include:

Where the net change in cash flow is estimated over the course of the project. Cash flow is analyzed using the discounted cash flow analysis (DCF), which looks at the cash needed to fund and maintain a project while also considering future revenue. NPV is a direct measure of profitability and can be used to compare mutually exclusive projects.

Using this method, the business calculates how long it will take to recoup the costs of the investment. The payback period method is particularly useful where concerns exist around liquidity.

Or the expected return on a particular project. IRR is characterized by a discount rate that reduces NPV to zero. Higher discount rates are noteworthy because they denote higher uncertainty in future cash flow rates.

Also known as profit investment ratio, profitability index is the ratio of payoff to investment in a potential project. The method can be used to rank different projects according to their per-unit generated value.

This is the annual cost of owning and operating an asset over its entire lifespan. It may be calculated by dividing the project NPV by the annual interest rate and the number of years the annuity will occur. This method is useful when comparing projects of varying lifespans.

What are the main goals of capital budgeting?

There are several goals and associated benefits of capital budgeting: