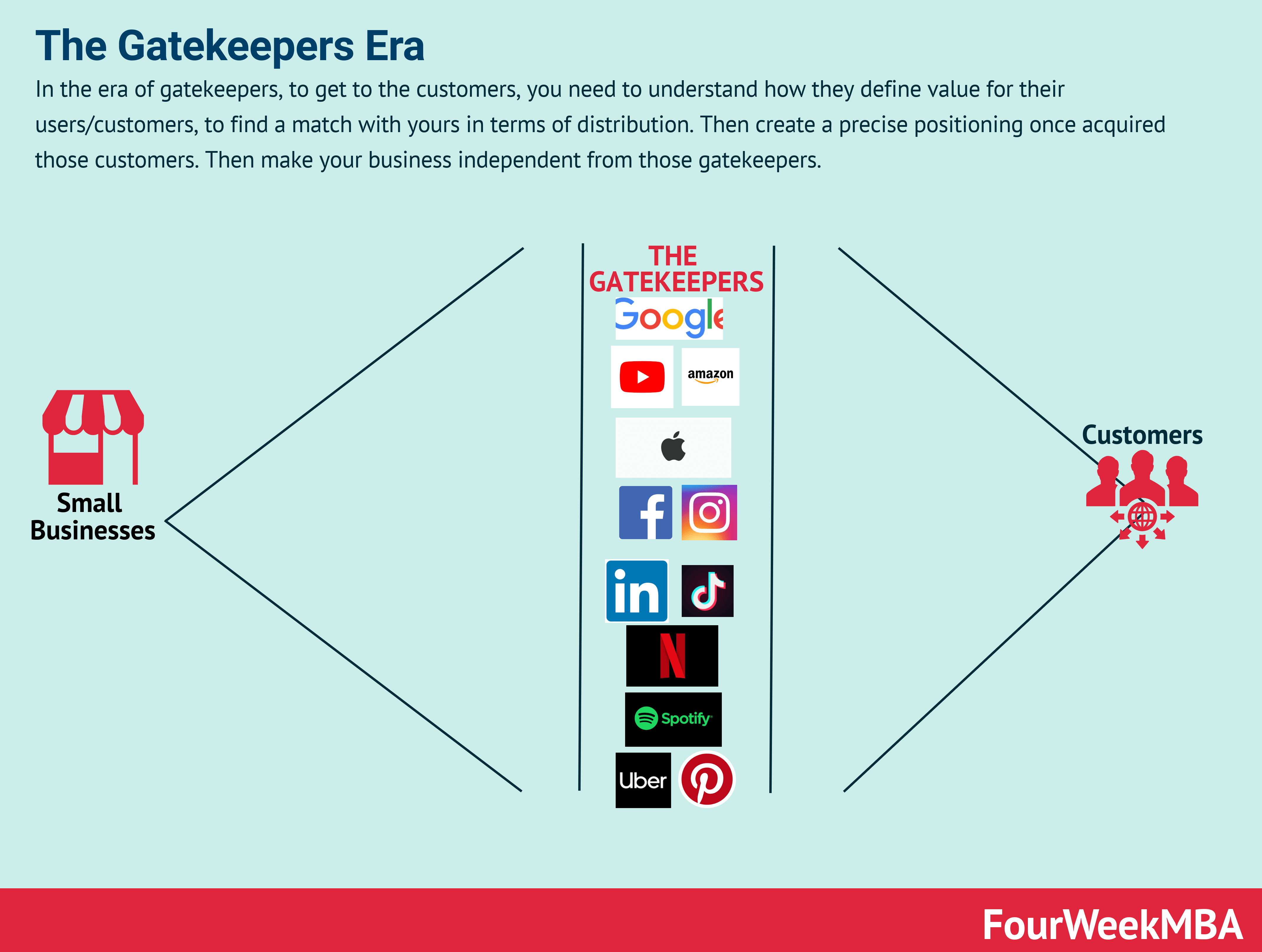 In a world driven by tech giants that locked-in the digital distribution pipelines to reach billions of people across the globe, the gatekeeper hypothesis states that small businesses will need to pass through those nodes to reach key customers. Thus, those gatekeepers become the enablers (or perhaps deterrent) for small businesses across the globe.

In a first wave of the Internet, large dominating players (with their walled gardens), were disrupted by once smaller digital players, turned into tech giants.

In this wave, these tech giants (now consolidating their walled gardens) have become the gatekeepers of distribution. Just like Google in the early years, surfed AOL to grow. Today, your small business can reach potential customers by going through those gatekeepers (Google, Amazon, Facebook, Netflix, Apple, and a few others).

As those digital companies turned tech giants, what’s next? Those tech giants are now transitioning into AI companies. That makes them still able to quickly iterate, or perhaps devour those small players trying to grow at their expenses.

However, once this wave is over, and if regulation will act to slow those tech giants, new AI companies, able to leverage on speed, and faster feedback loop might gain traction so quickly that tech giants will not be able to contrast them, nonetheless their distribution power.

Those AI companies will be able to tap on new or existing channels, yet grow so quickly to become massive overnight. A good example is TikTok, for now unstoppable, also by giants like Facebook.

Apple SWOT Analysis In A Nutshell

Apple can leverage a strong consumer brand and set of successful products as a strength. Yet the company is still...