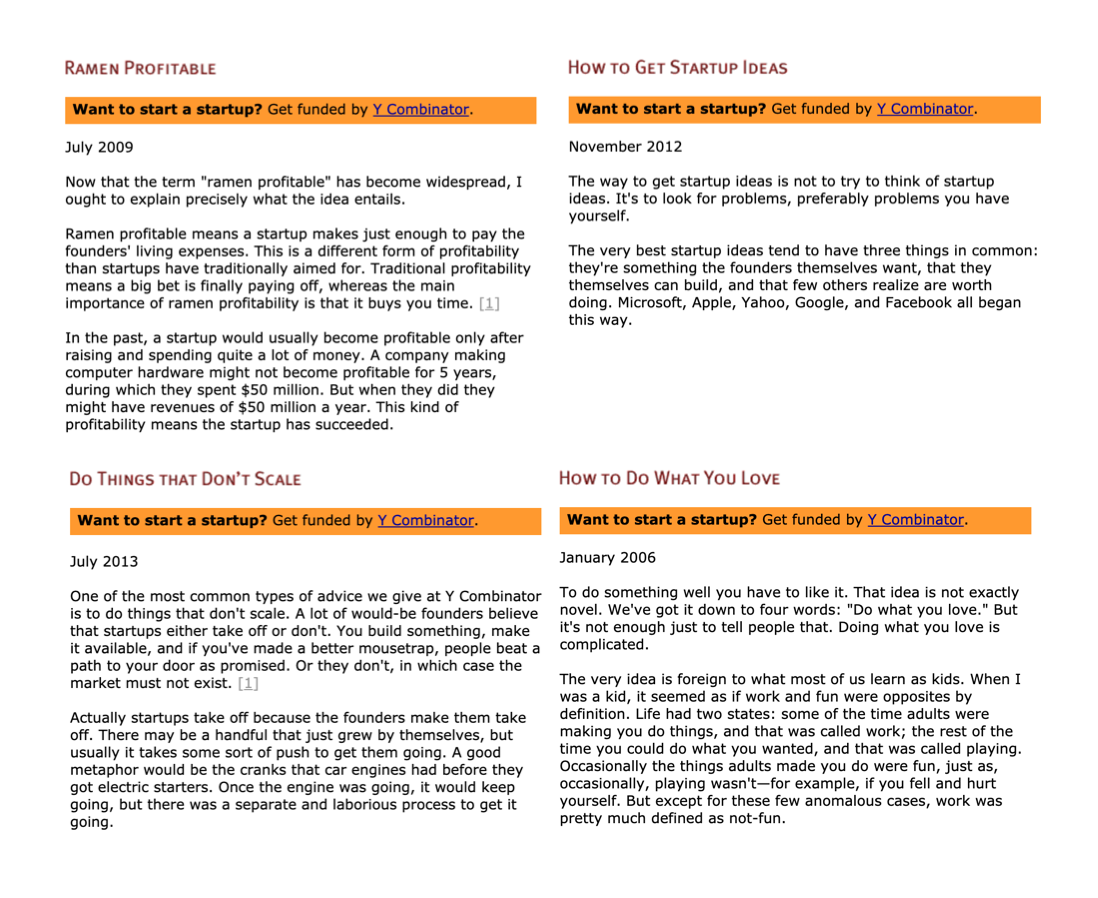 Entrepreneur, computer scientist, and venture capitalist Paul Graham is one of the most interesting and brilliant minds to follow in the startup world. He co-founded the accelerator Y Combinator and Hacker News; he also backed up many successful startups that turned into successful tech companies (like Airbnb).

Actually startups take off because the founders make them take off. There may be a handful that just grew by themselves, but usually it takes some sort of push to get them going. A good metaphor would be the cranks that car engines had before they got electric starters. Once the engine was going, it would keep going, but there was a separate and laborious process to get it going.

The very best startup ideas tend to have three things in common: they’re something the founders themselves want, that they themselves can build, and that few others realize are worth doing. Microsoft, Apple, Yahoo, Google, and Facebook all began this way.

On Doing What You Love

There’s another sense of “not everyone can do work they love” that’s all too true, however. One has to make a living, and it’s hard to get paid for doing work you love. There are two routes to that destination:

The organic route: as you become more eminent, gradually to increase the parts of your job that you like at the expense of those you don’t.

Ramen profitable means a startup makes just enough to pay the founders’ living expenses. This is a different form of profitability than startups have traditionally aimed for. Traditional profitability means a big bet is finally paying off, whereas the main importance of ramen profitability is that it buys you time.