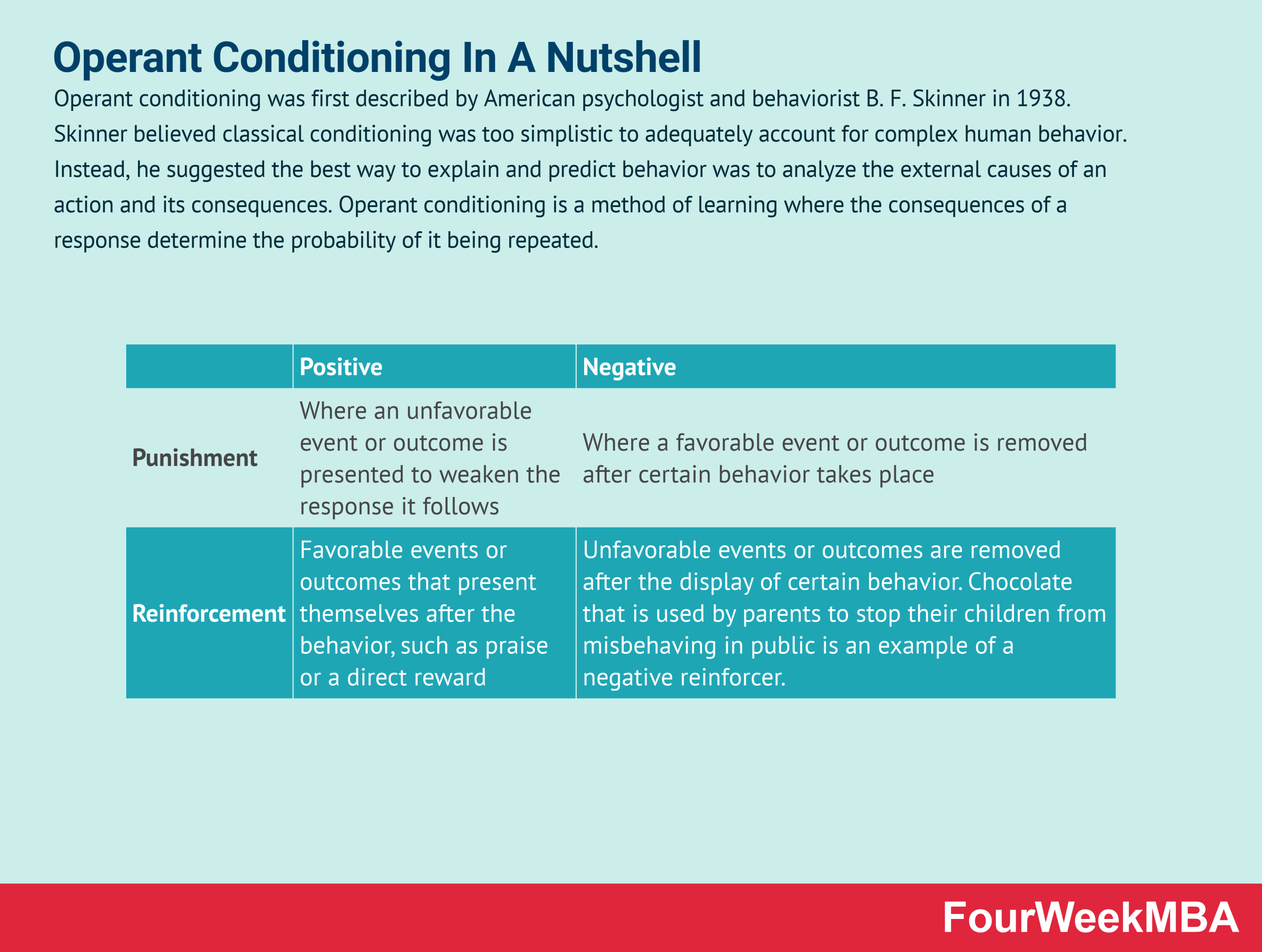 Operant conditioning was first described by American psychologist and behaviorist B. F. Skinner in 1938. Skinner believed classical conditioning was too simplistic to adequately account for complex human behavior. Instead, he suggested the best way to explain and predict behavior was to analyze the external causes of an action and its consequences. Operant conditioning is a method of learning where the consequences of a response determine the probability of it being repeated.

This approach he called operant conditioning, a theory based on Edward Thorndike’s 1898 law of effect principle. Skinner used the term operant to describe “any active behavior that operates upon the environment to generate consequences.”

Operant conditioning is based on a relatively simple premise. Actions that are reinforced or rewarded will be strengthened and more likely to occur in the future. Actions that are punished or lead to undesirable consequences are less likely to occur in the future. These associations then lead to a connection being made between a behavior and its consequences.

The phenomenon is perhaps best exemplified by describing a laboratory rat in a Skinner box, otherwise known as an operant conditioning chamber. When the rat presses a lever while a green light is illuminated, it is rewarded with food. When the rat presses the same level under a red light, it is punished with a mild electric shock. Over time, the rat learns to only press the lever when the green light is illuminated.

Skinner’s theory of operant conditioning is one of many stimulus-response behavioral theories. Each theory assumes behavior manifests as a result of the interplay between stimulus and response. That is, behavior cannot exist without a stimulus of some kind.

There are four key components of operant conditioning. Let’s take a look at each below.

Reinforcers describe any factor that strengthens or increases the behavior it follows.

There are two types:

Punishment is defined as an adverse event or outcome that causes a decrease in the behavior it follows.

Here, there are also two types: