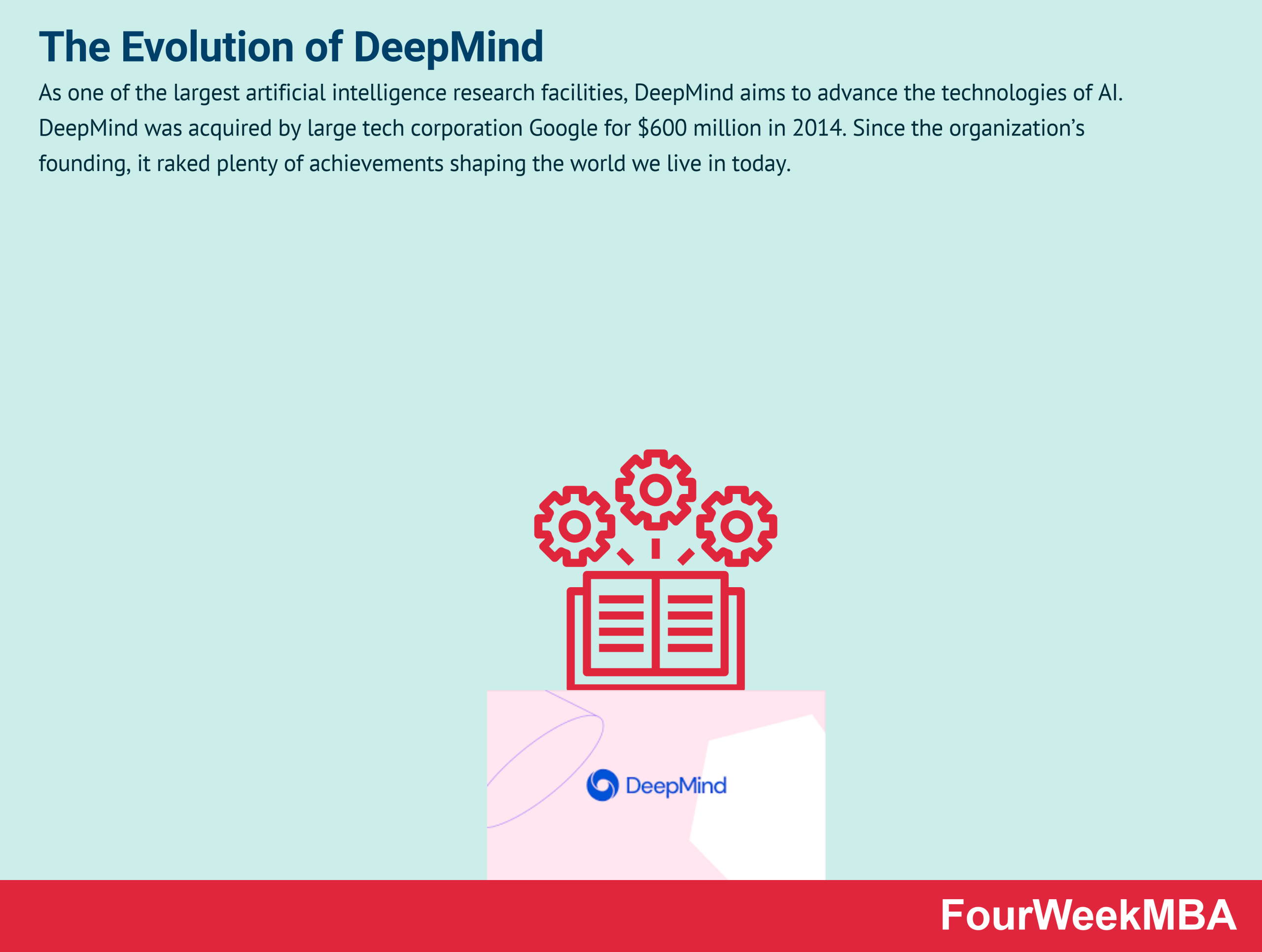 As one of the largest artificial intelligence research facilities, DeepMind aims to advance the technologies of AI. DeepMind was acquired by large tech corporation Google for $600 million in 2014. Since the organization’s founding, it raked plenty of achievements shaping the world we live in today.

A Brief History of DeepMind

DeepMind is a British artificial intelligence research unit subsidiary of Alphabet Inc., founded in 2010. Founded by tech-experts Demis Hassabis, Mustafa Suleyman, and Shane Legg, they made it their mission to leverage AI in facilitating deep learning. Following its success, Google acquired the organization for $600 million. Although Google became the parent company of DeepMind, Alphabet Inc. remained its subsidiary. There are multiple research centers all over the United States, Canada, and France under DeepMind Technologies.

DeepMind earned its reputation after introducing AlphaGo in 2016. This computer program utilizes AI to play the board game Go. Subsequent versions of this program became so powerful that it beat a professional player and world champion in Go, Lee Sedol. The success of AlphaGo inspired the creation of another program called AlphaZero, which expanded on other board games, including chess, shogi, and Go Best.

After gaining a lot of traction, DeepMind received a lot of financial support from prominent venture capital firms such as Horizon Ventures and Founders Fund and influential entrepreneurs like Elon Musk and Scott Banister. After Google has taken over DeepMind, it often gets referred to as Google DeepMind.

The primary goal of DeepMind is to leverage the advanced disciplines of machine learning and neuroscience to build general-purpose learning algorithms. The organization has a belief that these algorithms are not only the key to improve AI but to understand the human mind better. Since the organization started, it has been releasing publications surrounding the topic of artificial intelligence. A year after Google’s acquisition of DeepMind, it released an open-source testing tool called GridWorld. This program evaluates the behavior of specific algorithms under particular circumstances. This testbed has a kill switch when undesired behavior gets detected from the algorithms to promote AI safety while exploring the discipline’s capacity.

In 2018, the company started developing systems that can compete in a variety of games. The system began playing the 1999 multiplayer-focused first-person game called Quake III Arena. It allows them to test the capabilities of the systems as several games modify their behaviors. Leveraging machine learning in strategic games, including chess, hones the critical thinking capabilities of computer systems. They can retain what they have learned upon being immersed in complex games. Simply put, gamification’s objective is to let the system learn to acquire human-like intelligence and behavior.

As the research advances towards machine learning, DeepMind began exploring more of its aspects. Taking deep learning to a whole different level, researchers studied deep reinforcement learning. Unlike other artificial intelligence systems that most of us are familiar with, it makes decisions and executes actions independently. In other words, reinforcement learning systems are not pre-programmed. The system solely relies on experience to learn and develop, just like human beings.

DeepMind tests the capability of systems by letting them play the game without programming them with its instructions. They need to work their way towards the top after going through multiple matches against a human opponent. After a couple of attempts, systems often become more knowledgeable of the gameplay and become much better than their opponents. The goal of leveraging reinforcement learning is to eliminate human error from affecting the gameplay’s efficiency level. Since its introduction, many researchers have tested its potential for programs other than games.

DeepMind’s Contribution to the Healthcare Industry

One of the most notable contributions of the organization is its collaboration with WaveNet. DeepMind established WaveNet to advance healthcare services and promote patient care. The software generates speech that emphasizes human-like features. WaveNet offers text-to-speech systems that are less robotic and natural-sounding to assist people who have a speech impairment.

The organization coordinated with individuals who have suffered from the same condition as the program’s target market. They worked with former NFL player Tim Shaw, who has Amyotrophic Lateral Sclerosis (ALS). DeepMind created a system that produces the natural voice as if it was them uttering the words. Other programs may have required the patients to spend a long time recording audios and reading scripts. Unfortunately, speech-impaired patients do not have the luxury to record audios to have the system recreate their voice. WaveNet only needs a few audio recordings, and the algorithm will take care of the rest. It took them six months to perfectly recreate the voice of Tim Shaw. The text-to-speech program presents Shaw’s voice before his disease.

Developments of DeepMind Under Google

Following the acquisition of Google to the notable AI research organization, it brought several changes to the platform’s operations. DeepMind influenced the AI department of the popular search engine website in a few ways:

Overall, continuing the evolution of DeepMind allows Google to improve the user experience. When they create a platform that everyone finds easy to use, more people can trust and rely on it. With the advancements of DeepMind, it seems Google has the opportunity to make nearly anything user-friendly.