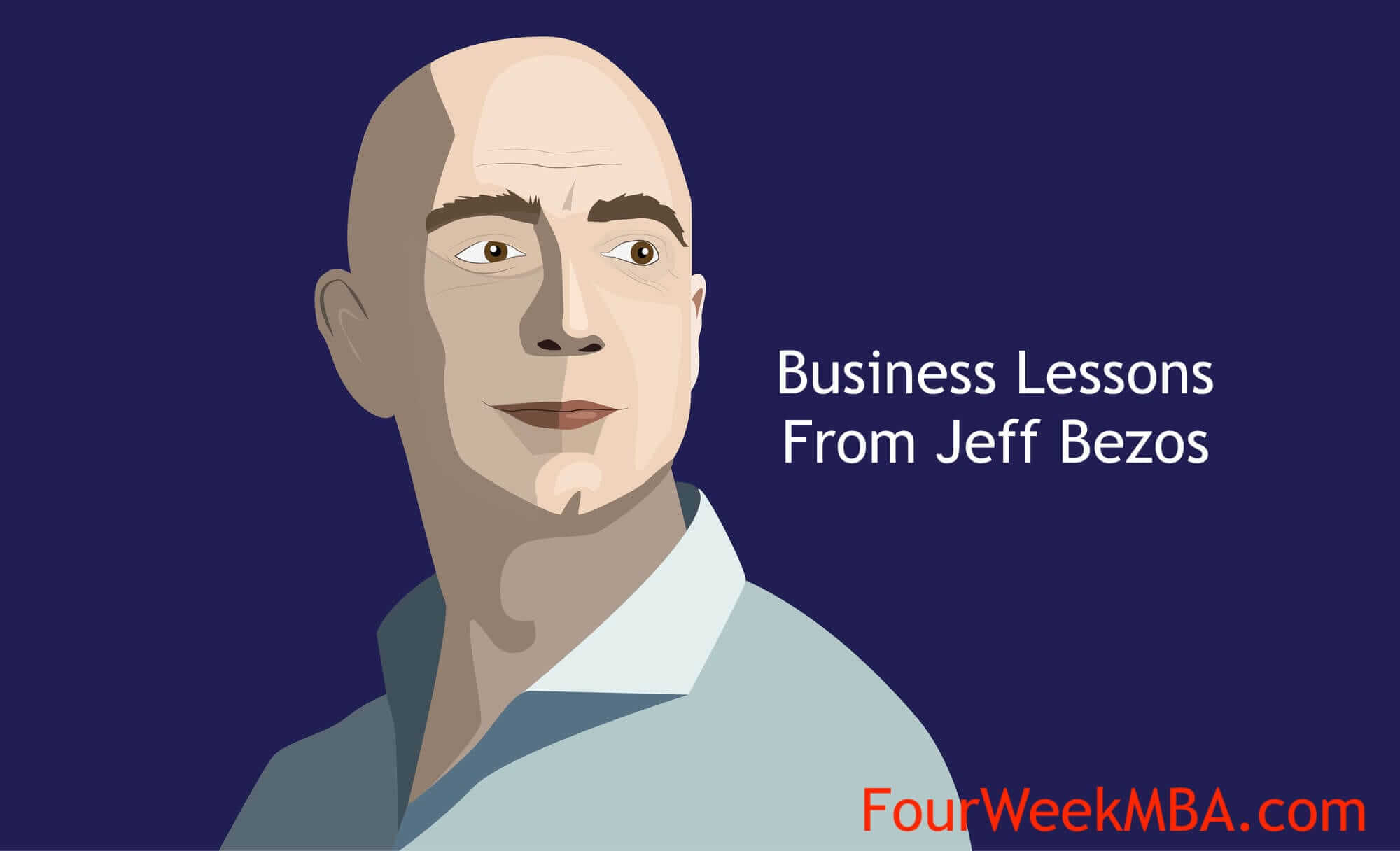 In the Amazon Shareholders’ Letter for 2018, Jeff Bezos analyzed the Amazon business model, and it also focused on a few key lessons that Amazon as a company has learned over the years.

These lessons are fundamental for any entrepreneur, of small or large organizations to understand the pitfalls to avoid to run a successful company!

The power of wandering

From very early on in Amazon’s life, we knew we wanted to create a culture of builders – people who are curious, explorers. They like to invent. Even when they’re experts, they are “fresh” with a beginner’s mind. They see the way we do things as just the way we do things now. A builder’s mentality helps us approach big, hard-to-solve opportunities with a humble conviction that success can come through iteration: invent, launch, reinvent, relaunch, start over, rinse, repeat, again and again. They know the path to success is anything but straight.

Most people in the business world know Jeff Bezos for his analytical skills. However, Amazon has been driven through uncertain times, mostly through guts. Indeed, in “Jeff Bezos Teaches You When Judgment Is Better Than Math And Data” we saw how data helps Amazon run its operations very efficiently.

Data also helps to make short term decisions, for which there is not much opacity. However, when it comes to dealing with uncertainty and deciding a business strategy, guts turns out to be still a powerful business tool.

Thus, Amazon as a company has learned when to prioritize on efficiency, and when, instead, that is time to wander:

Sometimes (often actually) in business, you do know where you’re going, and when you do, you can be efficient. Put in place a plan and execute. In contrast, wandering in business is not efficient … but it’s also not random. It’s guided – by hunch, gut, intuition, curiosity, and powered by a deep conviction that the prize for customers is big enough that it’s worth being a little messy and tangential to find our way there. Wandering is an essential counter-balance to efficiency. You need to employ both. The outsized discoveries – the “non-linear” ones – are highly likely to require wandering.

The non-linear discoveries are often those that bring massive results. And in some cases, they are the result of wandering. Therefore, Amazon has made of wandering part of its executive team business resource!

But why does wandering matter so much? Jeff Bezos explained:

No customer was asking for Echo. This was definitely us wandering. Market research doesn’t help. If you had gone to a customer in 2013 and said “Would you like a black, always-on cylinder in your kitchen about the size of a Pringles can that you can talk to and ask questions, that also turns on your lights and plays music?” I guarantee you they’d have looked at you strangely and said “No, thank you.”

Available data might be useful in telling you the current or the last picture. But when it comes to betting on the future, the wandering process will be your best ally.

Jeff Bezos also highlighted the importance of speed in business. That might seem trivial. However, speed might be one of the critical elements of business success.

When windows of opportunities become available, they won’t last long, and those who have the stamina to push hard, and to execute well might probably win.

Those with a better product, technology or service, but with the lack of stamina and speed might lose essential pieces of the distribution network, thus suppering to faster and more effective business players.

Give customers what they don’t know they want

Much of what we build at AWS is based on listening to customers. It’s critical to ask customers what they want, listen carefully to their answers, and figure out a plan to provide it thoughtfully and quickly (speed matters in business!). No business could thrive without that kind of customer obsession. But it’s also not enough. The biggest needle movers will be things that customers don’t know to ask for. We must invent on their behalf. We have to tap into our own inner imagination about what’s possible.

In the interview with Ash Maurya, we focused primarily on the lean startup model. Ash also highlighted an important point, which is how entrepreneurship can be done by minimizing risk and demoing a product, even before it’s ready.

This model of demo-sell-build is useful as it allows you to gather customers’ feedback, even before you have spent time and resources in building something that people don’t want.

This model is useful for many to start businesses in domains where there is already commercial viability. However, if you want to innovate in a space, I believe you need to take risks.

The probability of success is negligible. But the upside might be huge. In that scenario, you’re moving on a path where you’re offering customers something they don’t even know they want.

For that matter, you’ll need to bet, educate and create a massive distribution network for your products. This kind of entrepreneurship is riskier. Yet worth undertaking, especially for organizations, like Amazon or Google which have billions of dollars to invest in other bets.

None of this would be possible without a culture of curiosity and a willingness to try new things on behalf of customers.

As a company grows, everything needs to scale, including the size of your failed experiments. If the size of your failures isn’t growing, you’re not going to be inventing at a size that can actually move the needle. Amazon will be experimenting at the right scale for a company of our size if we occasionally have multibillion-dollar failures. Of course, we won’t undertake such experiments cavalierly. We will work hard to make them good bets, but not all good bets will ultimately pay out. This kind of large-scale risk taking is part of the service we as a large company can provide to our customers and to society. The good news for shareowners is that a single big winning bet can more than cover the cost of many losers.

Even when you do dominate a market or industry, you still have to keep experimenting, innovating and betting on the future. That is the baseline to be on top of your game.

When Amazon launched Fire, that was a failure. However, with the learnings and development teams from that project Amazon speeded up the development for Alexa and Echo voice devices.

Now, if you look at Amazon dominating the voice war, you understand how that bet and failure helped it move faster and translate its competence in another whole new industry!

Manufacturing experiments should be an essential ingredient for any business, of any size. It doesn’t matter if you run a solo business or a large organization.

You need to manufacture experiments that allow you to keep making deliberate bets on the future.

The aim is not to be right all the times. It takes one bet to pay off for all the others. And that doesn’t mean you have to bet on anything that comes at you blindly.

Instead, you should make sure the things you’re betting on might have a substantial payoff and are not carrying a risk of permanent harm. So if all goes wrong your business is still, at least, up and running!

Seven Amazon Statistics That Break Down Its Business Model

Online stores still represent the backbone of the Amazon business model with almost $124 in revenues for 2018 Amazon has...